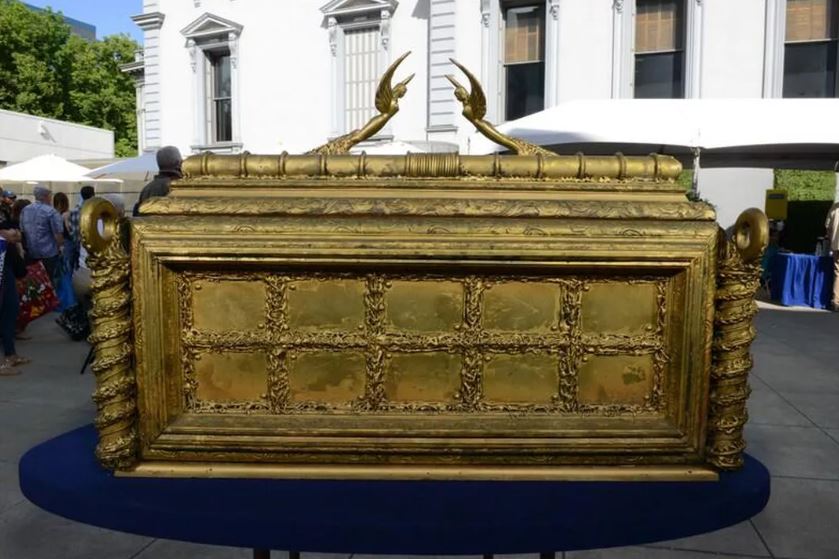 Movie props can often go for a crazy amount of money. Anything having to do with a popular franchise is usually worth a lot to fans. Take Batman for instance. Just recently Adam West and Burt Ward’s costumes were up for auction and it was estimated that together they would sell for around $200k.

Now thanks to Antiques Roadshow, which is the best show on television ever, we have an idea about what the ark of the covenant could be worth should it go up for auction. And the obvious joke here is that it shouldn’t be in a private collection. “It belongs in a museum”.

While the ark of the covenant was made with regular things like hot glue, picture frames and gold spray paint this thing is worth quite a bit. Used in Raiders of the Lost Ark it was the thing that Indi was trying to recover. While this prop was just a prototype and not the final piece the history of it is quite enticing.

The prop was designed by artist Ralph McQuarrie and it was inspired by the artist James Tissot’s work. The real one is currently located at Lucasfilm’s Skywalker Ranch. This is the closest thing that anyone could get to owning the actual ark of the covenant should it go up for auction.