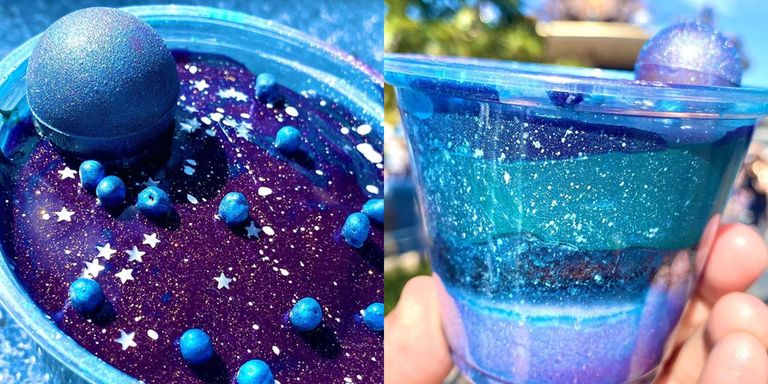 Disneyland Is Selling The Most Beautiful Galactic Parfait

Disneyland is never short on treats and eats. You can go a hundred times and still be surprised by what they have to offer. And some of the things they come up with are absolutely beautiful. Almost too beautiful to eat.

Man is that pretty or what? It’s called “The Galactic” and you can find it at the Galactic Grill. It’s made out of a ton of edible glitter and according to the Disneyfoodblog you will be wearing it all day. Which isn’t really a downside, because it’s Disney and magical.

The parfait is constructed with chocolate cake, blue cheesecake, purple mousse and raspberry marmalade. They say it’s super sweet but the marmalade helps take down the sweetness. You know you’re getting old when things become too sweet, which in my case at Disneyland is most desserts. But knowing the Marmalade cuts it down is a big win for people like me.

That bath bomb looking thing on top is none other than a glitter covered chocolate ball. So if you thought this was a weird tub of slime glitter and bath bombs, take another look.

The Galactic Grill is located inside Tomorrowland.

Elven Earbuds Are Here to Make Your Listening Experience Magical