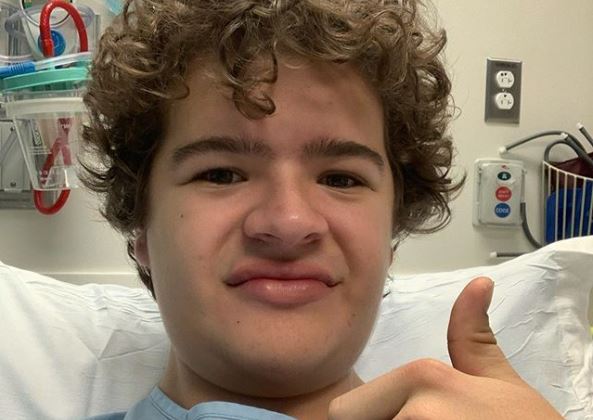 Last Friday Stranger Things star Gaten Matarazzo underwent his fourth surgery for a rare bone disorder that effects his bones. He has cleidocranial dysplasia which is a rare genetic disorder that effects the bones and teeth. He shared that his surgery which was hours long went well and that he was grateful for the support of his fans.

“Though my expression in this picture may not show it, the surgery was a complete success. This was such a big one(surgery), it may be the last one I need. Hopefully at least.”

He explained that those who suffer from Cleidocranial Dysplasia often have supernumerary teeth. That means that extra teeth grow in the gums. That can mean that you need to have multiple surgeries in order to extract them in order to help expose them, especially if they are teeth that should have already grown in.

“In this surgery, the team of amazing medical professionals extracted 14 supernumerary teeth and exposed six of my adult teeth. I was under for four hours.”