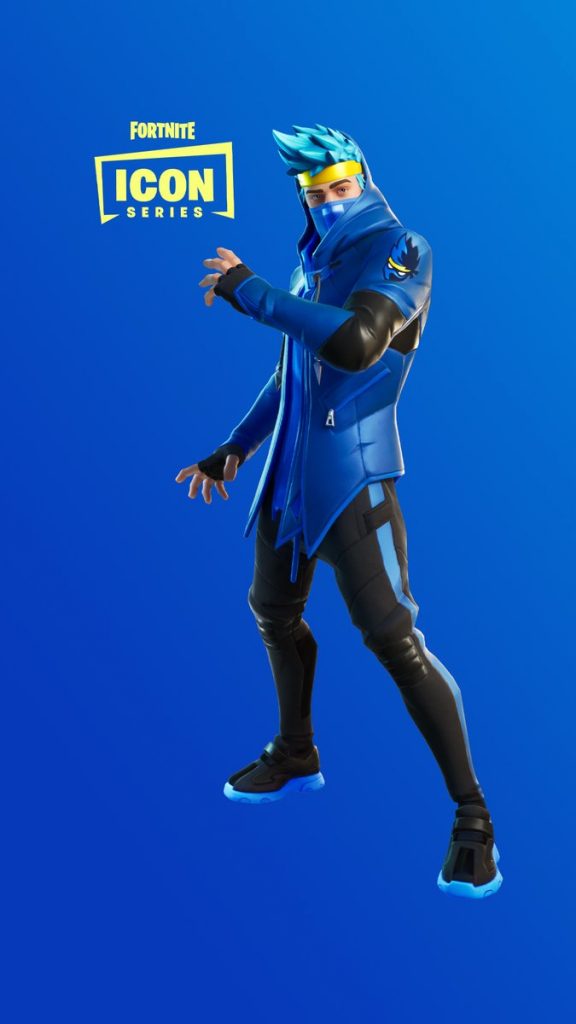 Richard Tyler “Ninja” Blevins needs no introduction to most. For the rest however, with 22.3 million subscribers and nearly 2 billion total views, Ninja is likely the most well known professional gamer and video game streamer in the world. Finally, this legacy will follow him directly into Fortnite, where he announced that Epic Games will cement his place in the games history with an official skin of his own.

Sporting a dark blue look with his signature hair style and Ninja brand logo on his jacket, Ninja’s skin is the first introduction to Fortnites new Icon Series.

“Gaming, music, film, and fashion collide in Fortnite in the Icon Series. The Icon Series brings the artistic vision, personality, and attitude of top creators to Fortnite, building on previous collaborations with Marshmello and Major Lazer.  – Fortnite Team

Fans all around social media have already begun tagging the prolific streamer on Twitter, sharing their anticipation for the skins release tomorrow at 6 PM CST.

There’s always a catch, isn’t there? Luckily the catch isn’t that bad this time around! Unless you see this news too late. Hey! Be a good friend and share the news, quick! Ninja’s Fortnite skin is currently set to be available starting tomorrow, 1/16 6 PM CST and ending on Sunday, 1/19 7 PM CST. Use code NINJA to support Ninja as an Epic partner.

If you’re still on the fence, and need a first hand look at the skin itself then fear not! You can catch Ninja’s first reveal and look at the official skin, take a look: