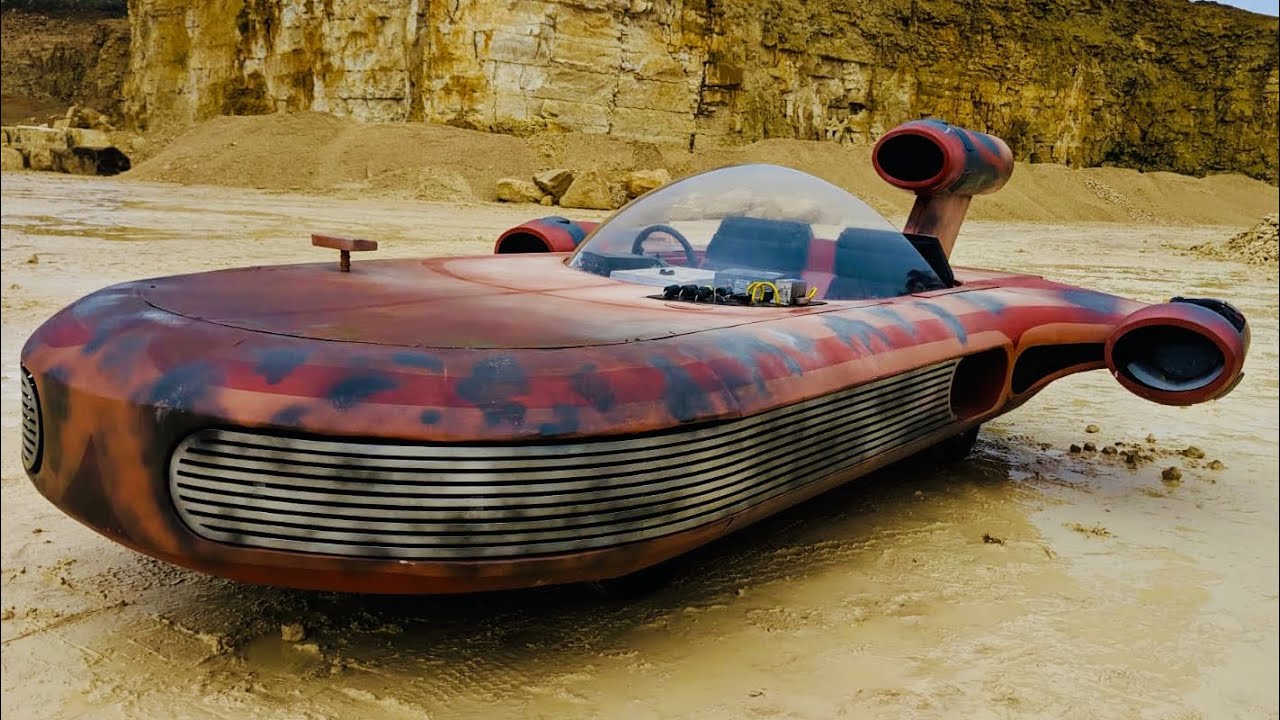 Like a true craftsman in the Star Wars world one Youtuber, Colin Furze scoured the internet for anything he could scavenge for parts. If you remember part of Rey’s daily grind was finding parts to sell to get her portions to survive. And part of the entire universe of Star Wars centers around the reselling of those scavenged parts. So basically Ebay.

Furze has been sponsored by Ebay for his Star Wars videos, so a lot of the parts that he found were from there. A true craftsman, he built this thing without any solid plans only the ideas that he had in his brain. Practical application of the parts would all come down to what he was capable of.

The landspeeder is electric powered but he also attached some mini jet engines, plus a mirror along the bottom to make the landspeeder look as if it’s hovering. What’s amazing is that this is his 3rd Star Wars build. The first two being an AT AT playhouse and full sized Kylo Ren Tie Fighter. You can see them all in the video above.

These Star Wars Scrubs Are Great for Any Medical Professional