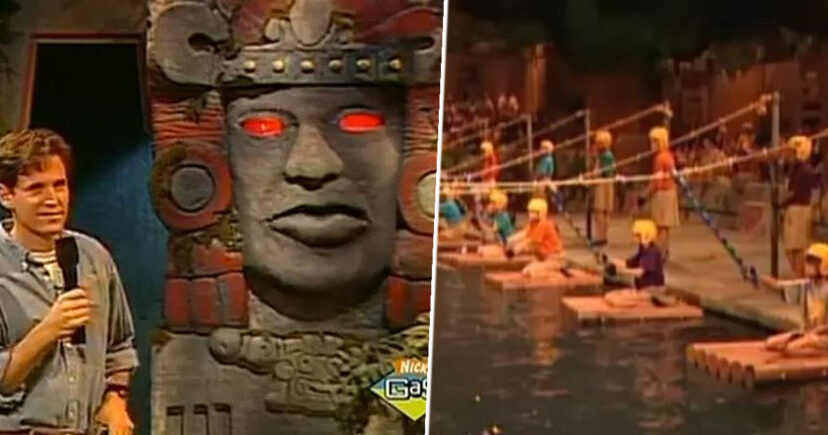 Legends Of The Hidden Temple To Return & It’s For Adults!

Okay 90’s children, do you remember a show on Nickelodeon called Legends of the Hidden Temple. I do. I remember being a child and watching it going, yeah I can do that. NO HOW DO I GET THERE!?! If you’re like me you’ve screamed at your TV once or several times watching this game show. And now its been announced that its not only coming back.. but it’s FOR ADULTS. That means you can finally beat this thing and complete your childhood dreams. Now if there was only an announcement for the adult version of GUTS where you can take home a piece of “The Crag”.

I mean this TV show which ran from September 1993 to 1999 was rumored to have inspired the mobile game Temple Run. Quibi is working on it to bring back to mobile video platform.

This new, supersized, re-imagined version will preserve many of the favorite original elements of the show – the Moat Crossing, Olmec and the Temple Run – but will see them “grown up” for an audience that’s grown up along with them. The entire set will be taken out of the studio, into a jungle, and scaled up with tougher challenges and bigger prizes on the line.”