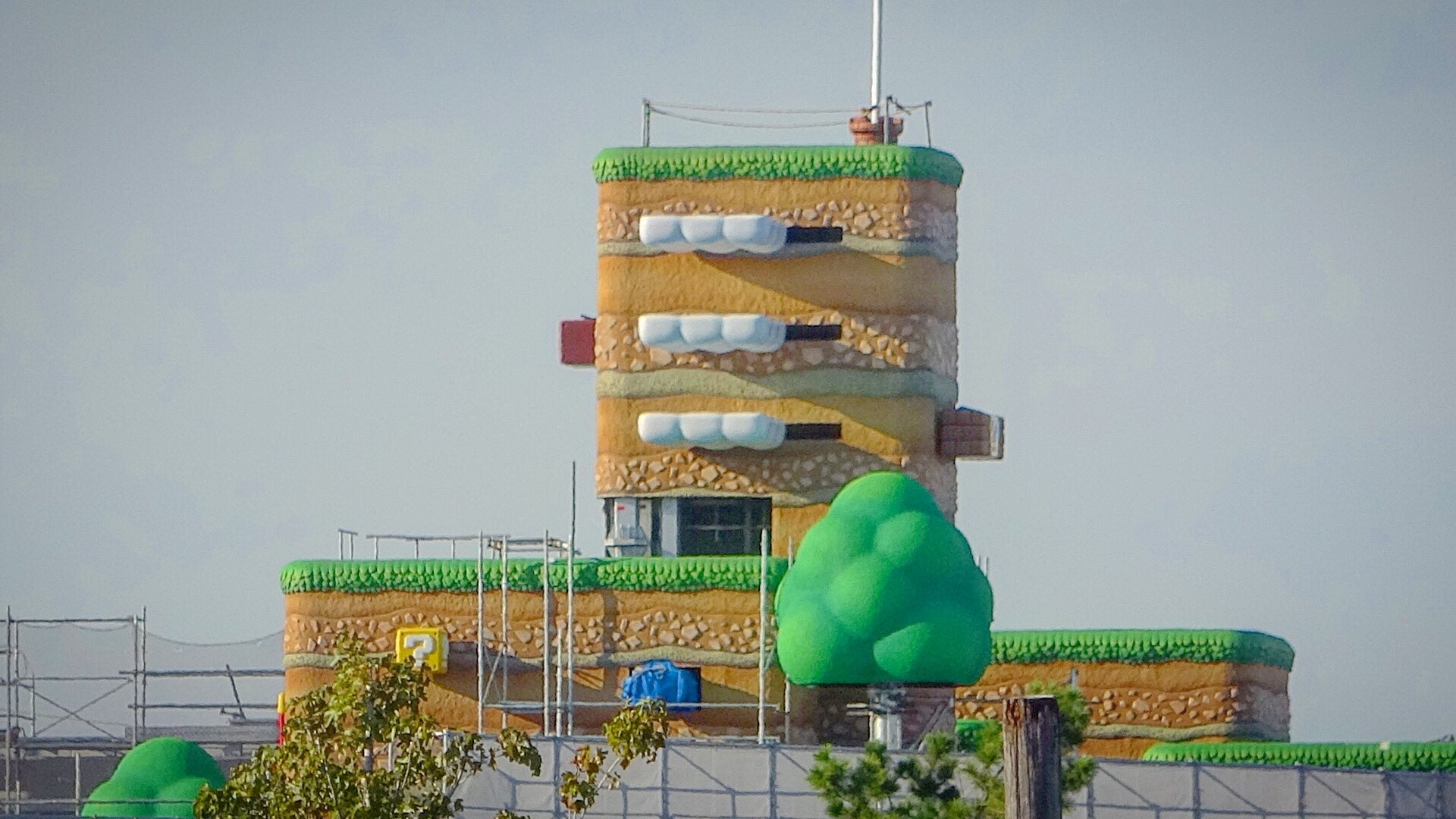 Super Nintendo World is Coming Together for 2020 Opening

There is nothing like watching something you are going to love get built from the ground up. Watching Star Wars land happen at Disneyland from announcement to completion was one of the coolest things I’m going to be able to say I got to do when I’m older. Heck I’ll say it now, it was awesome. So people in Japan who frequent Universal Studios Japan must feel the same by getting to watch Super Nintendo World get built. They announced it a while back but seemed to be slow to start. It would appear that now they are ramping up the speed and things are starting to look well, pretty super. Just imagine you’re Mario in Big Land.

This Super Nintendo World hill will reportedly be the home of part of the Yoshi’s Adventure ride. Yoshi’s Adventure is going to have indoor and outdoor scenes with cute animatronics along the way. Over 40 animatronics will be used on the ride. This will be one of two rides available during the grand opening of Super Nintendo World during it’s 2020 opening. The other will be a Mario Kart Ride that will intersect with a building designed off of Bowser’s Castle.

Opening day for Super Nintendo World is sometime next spring. They are also planning on expanding the world to their other parks including Universal Studios in Orlando, Hollywood, and Singapore but no dates have been announced.