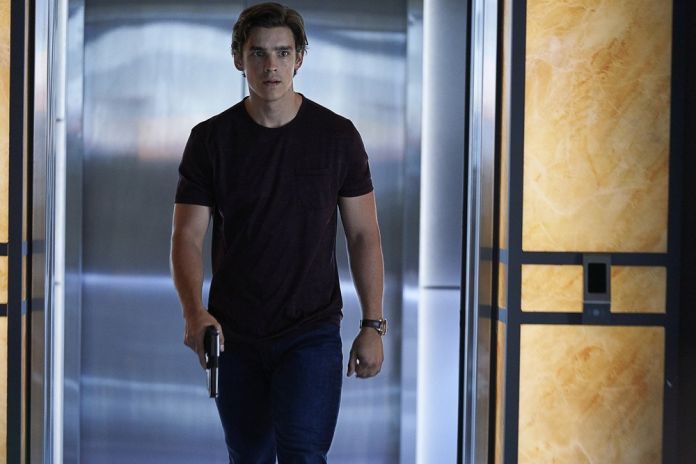 The drama starts to consume the team as the Titans deal with the aftermath of last episode as well as the danger that lurks around them.

Will they pull through ? Or get stuck and destroy themselves.

Dick leaves the tower on a search for Deathstroke, while being tormented by a hallucination by his father Bruce Wayne. Meanwhile, Dr. Eve Watson escapes cadmus with krypto in order to find Conner.

While Rose deduces that her brothers death has something to do with Titans and the rest of the team are tormented with reminders of the past. On the advice of Dr. Watson, Kory and Rachel combine their powers to save Conner from Kryptonite poisoning.

The episode ends with everyone blaming jason, who attempts to end his life off of a building. In an effort to make him come down. Dick confesses the reason for Deathstrokes targeting of them ; he killed his son.

This has been the most divided I’ve been on an episode. The Bruce Waynes hallucination feels out of place and awkward at times. While I understand they wanted to portray Dicks guilt the Wanye stuff didn’t work. It feels more aligned with the random stuff happening at the tower rather than him.

While I get Dicks little adventure is supposed to push him towards confession and true self reflection, the entire event could’ve been done in one or two scenes rather than the whole episode.

The superboy stuff continues to be interesting -with the Raven Starefire team up being the highlight of the episode. The performance of all involved in the scene is great; from Korys motherly worrying for a stranger to Rachel’s doubt to Conners sweet realization that’s hes alright.

A major issue I had was , why did they all turn on him ? While I get Rachels dislike of Jason, aside from his recklessness, he hasn’t really done anything to the others. If Kory and Garfield were there, they totally would’ve backed Jason up.

And part of that problem was that half the team had nothing to do. The fact that Garlied has around two lines is representative that the last is too large and sometimes has nothing to do but react.

Curran Walter’s performance is fantastic, if a little bogged down by some of the special effects. As a character, Jason’s self worth is defined by how he proves himself to others. And the whole ” I’m poison ” person stemming from his background works really well here.

In the episode, Rose Wilson states That,

” You people would need some sort of super shrink to solve all your problems.” With Jason responding,

“that would mean talking about them. “

And that is the crux of the episode. People let baggage get to them, don’t calmly and rationally talk things out and thats what helped to push Jason to the edge of the tower.

With the next episode entitled “Jerhico” , we can assume that we’ll get some sort of resolution or twist involving him. Most likely dick will confess to the team. And hopefully, we will find out that Jericho isn’t as dead, as they thought.

What’s your thoughts on the episode ? Let us know in the comments down below !