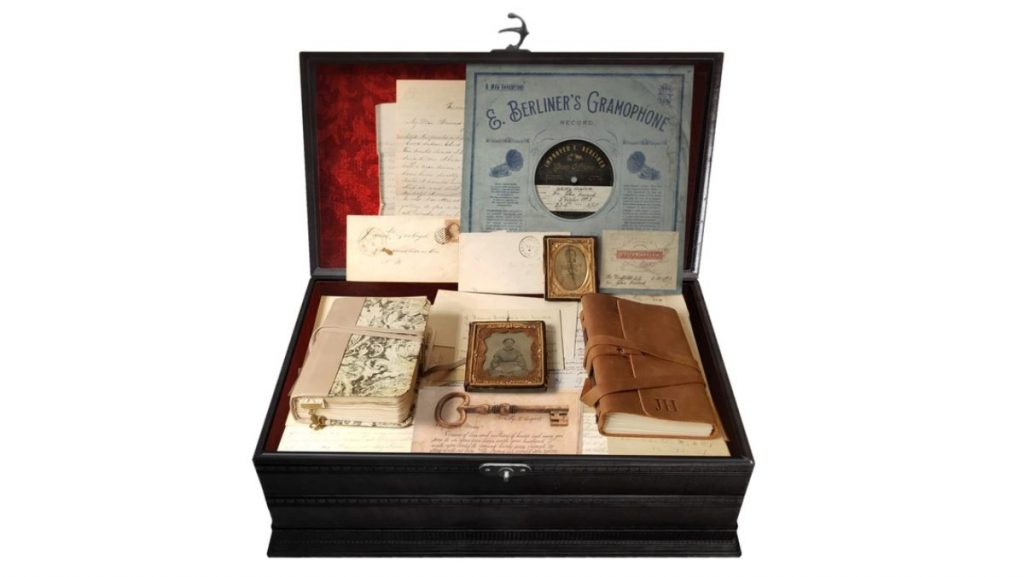 The novel Dracula by Bram Stoker is the ultimate vampire novel. Bringing vampires alive for many. To this day inspiring many renditions of the title character. The novel captures dark and creepy and eerie tones.
Creating obsessions over vampires and making a home in goth hearts, there are those who want to turn up the terror. And for those connoisseurs, there’s this DRACULA: The Evidence Kickstarter project. It features tons of cool props that help to bring the story to life, and the $2,000 version is definitely something to marvel over.

As with most Kickstarters, there are different tiers of Dracula box sets offered, with each, successively more expensive option adding in new gloomy goodies like maps, telegrams, photos, tickets, and even a phonograph. Although it’s the $2,000 Entombed Edition that’s exceptionally bloody brilliant. There will only be 26 of these deluxe versions produced, and each one will contain, in part, “unique, hand-made items” including: pressed flowers, a vessel of actual Transylvanian soil, partially burnt documents, unique handwritten (not printed) documents, and communion wafers. The Entombed Edition also comes in an engraved stone vault.

The box sets, which are being produced by a team that includes lead designer Paul Keppel, author and editor Josh O’Neill, and Dacre Stoker (Bram’s great-grand nephew), will also come in $350 Archive Editions. Which may not be entombed, will still bring to life your favorite vampire novel without breaking your bank.

What do you think about this interactive compliment to the vampire novel Dracula?