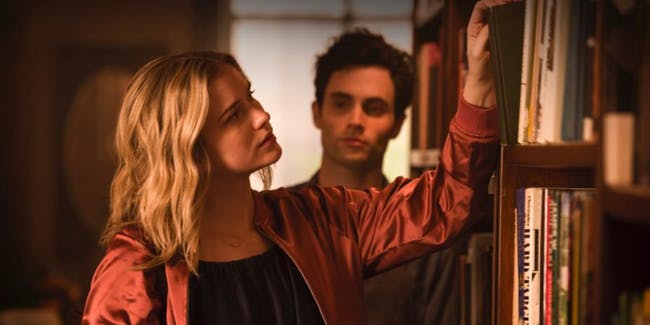 It’s time for us to fall even more in love with Joe Goldberg and his deadly obsessions…I mean be more scared of…yeah, that is what I meant…

Netflix has finally given us more details to the show that made everyone look twice at Penn Badgley, a show that actually originated Lifetime. The show didn’t have a following until it began streaming on Netflix and 40 million people became obsessed.

This season will pick up where it left off last season, but with new characters and new settings. However, it will be still be based off the Caroline Kepnes’ Hidden Bodies, which is the sequel to the book with the same title as the series ‘You’.

“There’s a ton of great stuff we are planning on doing from the second book. Starting with setting the new season in Los Angeles. But also, now the show has a life of its own and we are excited to take a few things in a direction that will be surprising to everyone, including fans of the books.”

Joe is not suddenly going to turn into a good guy, he is still going to be his deadly obsessed self. Even with the setting change and being in LA might lead into some new problems.

Something also be be aware with this new season, it will be less tame. There is said to be some more gore and it might have more of a horror series feel to it at some points. I have to admit that excites me more then anything, being a huge horror junkie.

“You will know it when you see it. Episode 2 of the season has my single favorite shot that I have been a part of in my entire career. My career is full of blood and gore and monsters. It’s also beautifully shot and the director who shot the second episode lavished a lot of love. Joe is forced to do something he really doesn’t want to do.”

Netflix has announced that the thriller will be returning to its streaming service on December 30!!!

Are you excited to see Season 2 of YOU? Let Nerdbot know in the comments.