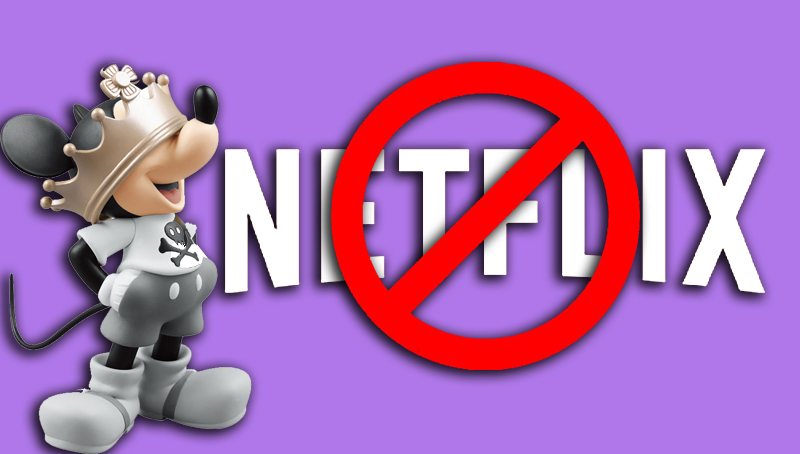 In a power move by Disney we have learned that they are about to play some real hardball with Netflix. They have said in a statement that they will not be playing ads for the streaming service on ABC, Freeform, or FX and that the only channel they will is ESPN. It is interesting that they chose ESPN because in theory they know that people watching sports probably wouldn’t choose to subscribe to a service where no sports are available to watch. So good move Disney! But also ouch, that really hurts for Netflix.

They stated that they wanted to have a broader relationship with the streaming services that they promote including distribution, and promotion. So unless Netflix is able to make a deal with the Titan known as Disney we probably won’t see commercials for them for a while on these channels.

And does Disney even need a deal with them? They already own Hulu, Fox, ESPN, ABC, Freeform and are going to roll out their own service next month. It looks like they are trying to squeeze out Netflix and they are going full force. Especially since Netflix reported last quarter that they had a lower subscription rate as well as more patrons dropping off from the service.

Now that could have been because they didn’t have much content coming out with a following. For example Stranger Things Season 3 came out after the quarter reported for. So if people were waiting until that came back to start the service up again then they weren’t counted.

What this will mean for the service remains to be seen but if Disney is truly bringing out the big guns then Netflix has a lot to worry about.