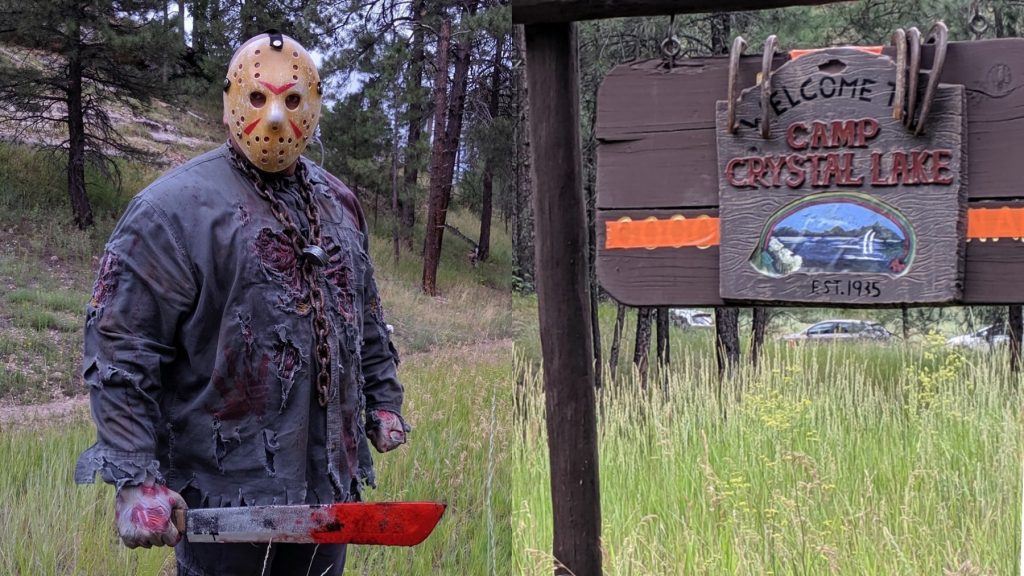 Could You Survive Jason Voorhees?

Halloween stores are starting to pop up on every corner. That means that spooky season is here! The season could not have started off any better than with a harvest moon on Friday the 13th. A date beloved to any true horror fan, as that’s the birthday of Jason Voorhees.

If you’re a Jason fan and a thrill seeker, there’s an attraction made especially for you.

On Pins and Needles is an production company that produces F13: Survive Jason – A Live Action Survival Game. It’s easy to say what you would have done while watching a movie, but could you react as well if you were in the thick of it? The experience brings you into Camp Crystal Lake and tests your survival skills against big bad Jason.

To test your ultimate survival skills, you’ll have to find yourself in Arizona. The company currently has three dates available for the event, Sept 28, Oct 6, and Oct 19. More dates are going to be announced soon.

During the event, there will be three separate games played throughout the night. You can build teams of 8 to take on Jason or you can try to survive on your own. Your ticket to the event includes a pre-game campfire cookout. Just be sure not to eat too much as you’ll probably be doing a lot of running. Maybe throwing up on Jason will give you a chance to get away…

Tickets sell out quick. If this event piques your fancy, be sure to be on the lookout for new dates and ticket sale announcements.

The whole concept takes scare mazes to a whole other level – though the concept is hardly new. It’s reminiscent of an event that has previously taken place called the Great Horror Campout. This fan favorite event included classic horror characters such as Jason, Michael Meyers, and Freddy Krueger. It was such a loved event, that people still ask if it’s going to come back.