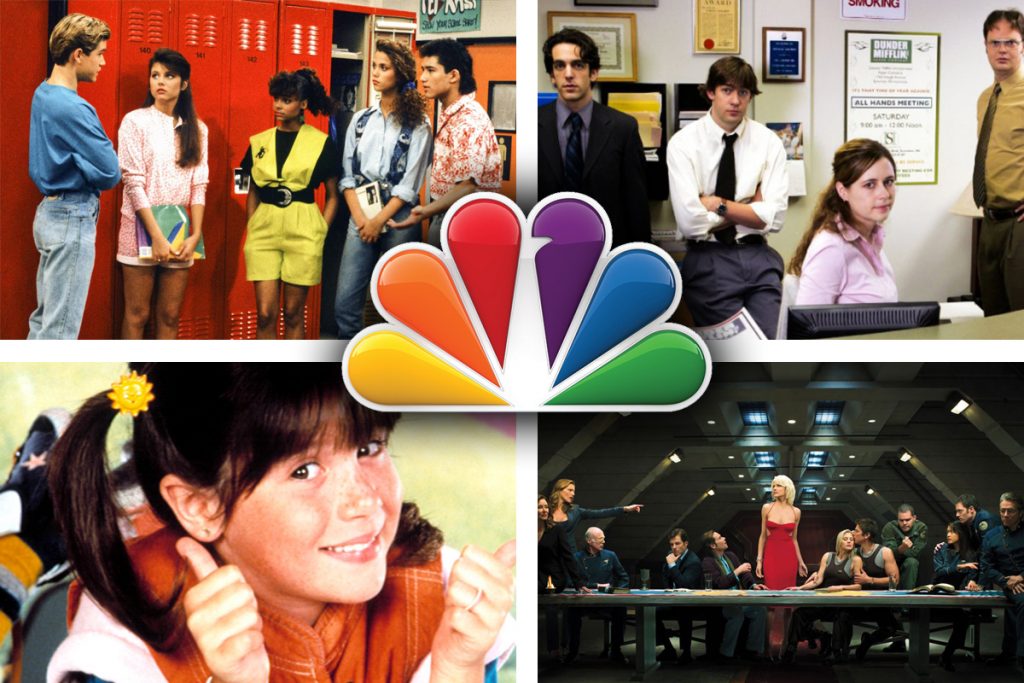 All the Shows Announced for NBCUniversal

If you haven’t already heard NBC is now going to have their own streaming service. And in order to guarantee subscribers they have announced a bunch of reboots that they are going to have. Unfortunately most people are sick of hearing the word reboot and we’re not sure if this is the best tactic for them as a company. No matter what audiences think however, here is the list of Reboots they have coming up.

Who remembers Punky Brewster? Well the show that starred Soleil Moon Frye is getting rebooted on Peacock, only this time it is about Punky as a grown woman in her 40’s. Frye is reprising her role and will be playing a single mother of three.

The original Office is going to be leaving Netflix soon and going to be exclusively shown on Peacock. Along with the original(original American) they are hoping to reboot the show for the streaming service as well. While nothing is set in stone they have announced that this was a “goal”.

Saved By The Bell

Saved By the Bell shaped many of our lives while we watched during our most impressionable years. The premise for this new show is actually pretty interesting. Zack Morris is returning and he is now the governor of California. He comes under some hot water for closing some low income High Schools and decides to send those students to the top performing schools, which includes Bayside. The entitled rich kids are thrown for a loop and they have to learn to co-exist with people who are not from their social circle. Introducing many episodes where there is a moral to the story much like the original series dealt with.

While this one has most recently been announced as “not a reboot” by Esmail who was tapped to direct the new series. Sam Esmail may sound familiar as he is the one behind the hit show “Mr. Robot”. He tweeted,

A.P Bio was saved by the streaming service. They will air the third season on the platform with Patton Oswald returning.

They will also be making another movie called Psych: Lassie Come Home.

Is this actually going to be good?

From the descriptions of the reboots that we have a premise for we are optimistically interested. The only downside is that with another streaming service that means another payment. And we already have Netflix, Hulu, ESPN, Disney+, HBO, CBS All Access, Amazon Prime Video, and I know I am missing more from that list. It seems that this is an add move to do now for the company considering that they literally could have sold any of these ideas to a company that has already established a service base. But even so, these reboots actually do sound interesting enough for people to maybe want to check it out. They will most likely have a try before you buy model where you can set all your information and they won’t charge you for a week. Now if they decide to do episodic releases that would be most beneficial for them.

Other Shows on the Service

Other shows that they will have on the service include