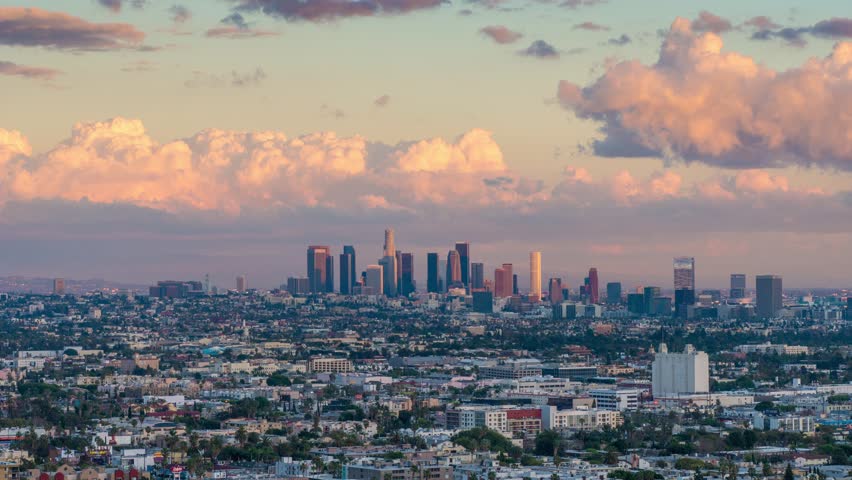 Guess who just celebrated his one year Californiaversary…

Yes, I actually stopped writing to point at myself using both thumbs. Why? Because passing such a milestone is totally worth the double thumb personal success acknowledgment.

I’m sure there are many of you pondering the move out west … I don’t blame you. It’s is pretty awesome out here. Getting into my Honda Civic and driving off into the sunrise will be the closest thing to living the end of a western I’ll ever experience.

Sure there was this honeymoon phase but I soon learned the Golden State isn’t this liberal fantasy where everyone’s beautiful, smoking legal weed on a beach while eating In-N-Out Burger. In fact, it’s quite the opposite. You bet the seventy plus miles of LA County coastline makes for some incredible weekends. However, what lies between Monday and Saturday is a vast concrete jungle that has swallowed the lives of many.

If you’re coming from any of the forty nine other states, you’ll looking at a ton of major changes. My girlfriend and I moved from Cleveland and there are times where I can’t believe I’m actually still in America. People’s core values of love, happiness, family are just as prominent here as they are in Alabama. As humans, we’re all the same. It’s just, the media assigns the City Of Angels a certain eclectic personality that’s makes you think everything is like an episode of Entourage. For some, yes. But for most of us, until we find ourselves on billboards, we’ll be doing the best we can to survive amongst the millions who call Los Angeles their home.

First of all I want to say all this talk about LA being “so fake” is complete hogwash. It’s as real a city as any other. The issue is, you only see LA through movies, or television. Then the only thing you hear about LA on the news is all the headline worthy stuff like earthquakes, wildfires, major gaps in wealth, dysfunctional government, tons of idiot millennials, the list goes on and on. Don’t forget the high living costs create this stigma that you have to be rich to sustain a life out here. While being really loaded really helps, you don’t have to be eating with gold forks to be a Southern California resident.

Don’t be afraid. If I can do it, so can you. But I’m not going to lie, it’s tough. Time becomes more valuable than gold and you’re perspective will broaden to length you never thought possible. Things can very intimidating at first but stay strong, focused, and positive.

So let’s talk some numbers;

I’m very fortunate to have moved out here with the love of my life so on top of sharing a life together, we share something equally as important, financial responsibilities. If you plan on living on your own in LA, either be rich, or be comfortable with taking a massive reduction in the size of your domicile and the amount of money you spend on non-essential expenses like concerts and going out. Let’s assume you’re not raking in the big bucks, you’re going to need a roommate or roommates. Just like college. Obviously the more people you live with, the living costs go down. But if you’re doing this caliber of a move on your own, the best move to make is sharing the load with at least one other person.

Rentwise, the closer to the beach you are, the price goes up but in general you’re looking at least spending two grand a month to have a roof over your head, pay bills, and cover two weeks or so of groceries. Yes, it’s around the absolute minimum needed to not sleep on the street, while having a resemblance of a normalcy. I’d say that applies to about half the city. The other half is split between the ultra rich and areas that have fallen on hard times.

So it’s you and a roommate splitting about $4000 in basic living costs. A ballpark estimate for a two bedroom apartment would be in the area of three thousand a month, and you are not living in Beverly Hills, living in Beverly Hills. But someplace on the west side “near” where you’ll hopefully work. If you want a third bedroom or a second bathroom for less than three grand? Then get ready to pray, a lot.

As if finding cheaper rent wasn’t already a struggle, at the end of the year you’ll meet another significant challenge, a rent increase. Yes, rent goes up each time you renew your lease. Unless your landlord doesn’t care about money, or you have the best rent control ever created, you’ll be responsible for additional money tacked on to an already expensive haul.

Remember I moved from Cleveland where $1000 a month will sort of get you a decent place. Hipsters are slowly taking their city back and with that comes increased property values. At $1000 a month, it’s $12000 a year. With a 10% increase (which is high for Cleveland) you’re looking at an extra $1200 or $100 a month.

How much do you have to make then? The best way I can put it is; if you want to live almost the same life in LA as you would in the Mid-West (except Chicago)? I’d say you need $20000 more than what you already make. Places will pay you more on the West Coast to off set its high costs but it is not a given. I’d aim for a 60K – 70K year position if you’re fortunate enough to find one. With this kind of salary, you can have a roommate and sustain a life in LA similar to the one you left behind. Of course there’s going to be a bunch of stuff you don’t regularly do like travel, however you will be able to enjoy a amount of stuff that the area has to offer… which is a truck load of stuff. Sometimes there so much happening I stay home because I can’t decide what to do.

Speaking of insurance, your car insurance goes up. No matter how good your record is, your insurance will go up.

With your car, gas is still expensive. Ranging from a cash price of $3.19 all the way to the five dollar mark. I just paid the registration costs on a Honda Civic and it was close to $200 dollars, seriously. Also the bigger your car, the more you pay. In Ohio, it’s sixty bucks to renew your plates and you don’t have to go to a California DMV. FYI – everything you’ve seen on TV about trips to the DMV being a veritable nightmare… they’re 100% true. I’ll say the staff is surprisingly nice, but you’ll have to get there two hours before they open to have your experience inside the place takes less than two hours. They open at 8:00 am, even on Saturdays.

About a third of your check goes to taxes. Just like everywhere else in America, you get like basic stuff in return like police, firefighters, trash removal. There’s still a ton of potholes and city government runs like a broken clock. At least the broken clock is right twice a day. So with the exception of the amount you pay in taxes, things operate pretty much the same as a small town in Oregon.

Let’s see, just a few more things… you won’t see snow but temperatures do get down into the low 50’s in the winter months. The difference between the beach temperature and the desert temperature can easily be 50 degrees in the summer. It gets hotter the further inland you get. North Hollywood and West Hollywood, not WeHo and NoHo, are not nowhere near the actual Hollywood. And please lay off the shortened names of stuff for at least 365 days. Leo’s Tacos has amazing El Pastor tacos. If you’re cool with waiting two hours, Howlin Rays has some of the best fried chicken you’ll ever eat. Even better than in the Sauth (I spell it like that specifically). For real. You’ll eat In-N-Out a bunch when you first arrive then it will slowly dissolve to only when friends or family come visit. The fries are so-so by the way.

Los Angeles is huge and traffic is bad and blah blah blah. No news there. So why put yourself through all this crap? Because results of the work I do I feel have never been so rewarding. Work hard, play harder. Underneath all the smog of the media, you will truly find many wonderful experiences. So many interesting museums, restaurants, bars, Amoeba Music, outdoorsy type stuff to last you a lifetime. Which I guess is why I’m here. Sure you put a lot into it, but the return on your investment when it comes to quality of life is astronomical.

If you have any further questions about what I covered above or if I missed anything you’re looking for some information on, tweet at me @PolishKaiju.

When it comes to to the natural disasters, just try not to think about them. That’s all you can do.

Thinking of moving to LA? Let Nerdbot know in the comments!!