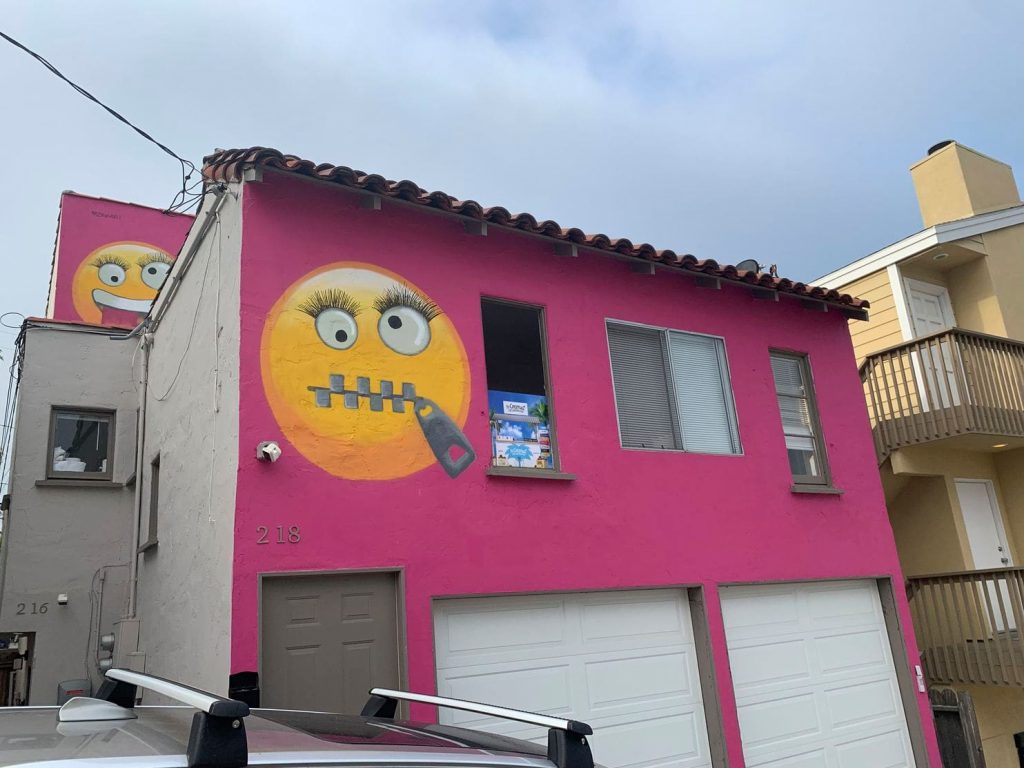 The ‘Emoji House’ Now on the Market for $1.7 Million

Anybody looking for a new, creative home and have some money to spare?  Well you’re in luck, especially if you dig the color hot-pink and emojis.  This past Monday, the ‘Emoji House’ was listed on the market for $1,749,000.  This tourist attraction of a house is located on 39th Street in Manhattan Beach, California.

The previous owner, Kathryn Kidd, was reported by her neighbors that she’d been using her house as an Airbnb rental.  Using the property for this purpose is not allowed in Manhattan Beach and Kidd was fined $4,000. This has also become her reason for selling her house.

“I’ll just take my money elsewhere…I am about doing AirBnb to help families and I don’t think the privileged should be allowed the right to special places in the world.”

Kathryn Kidd on why she does AirBnb

Before she was reported, Kidd had been renting to people who couldn’t afford the expenses of the South Bay hotels.

However, she was not finished with the house.  According to her neighbors, shortly after she was fined, the house was painted hot-pink and decorated with the emojis.  Before it sells, she plans to paint some more emojis on the house.

Although it may seem like a colorful idea for a house, there has been much dispute between Kidd and her neighbors about the design.

Dinal Doll, a neighbor of Kidd

Would you consider buying this house?  Let us know in the comments!