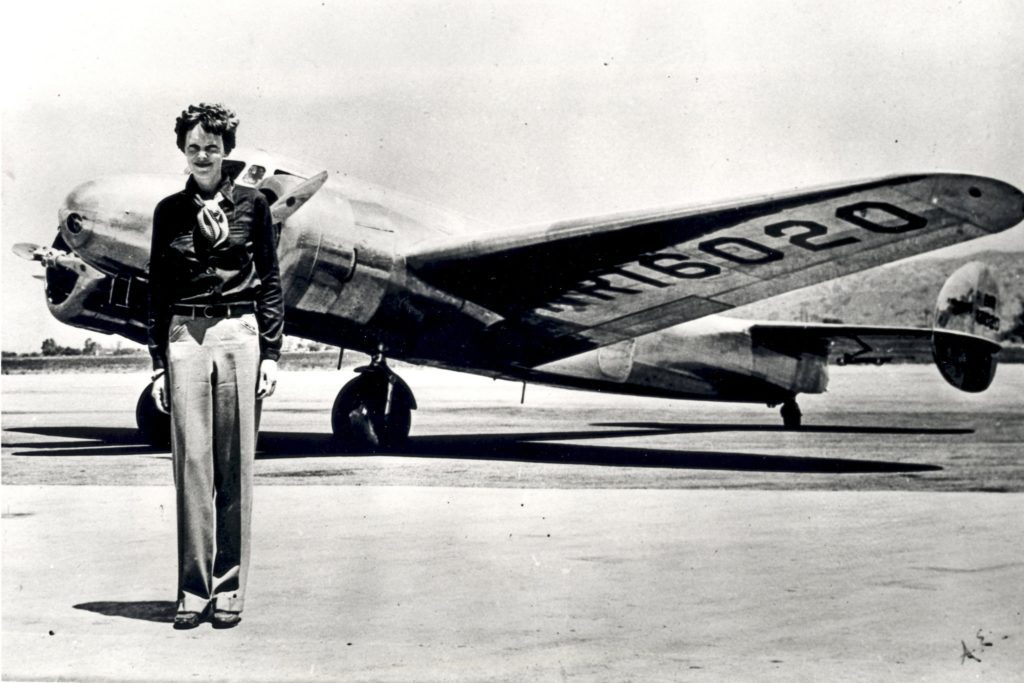 Robert Ballard who discovered the Titanic’s resting place in 1985 is now on a search for Amelia Earhart’s plane. There have been enough clues put in place that Ballard thinks that he can successfully locate and find the plane.

Amelia Earhart disappeared in 1937. She broke ground for women in the field of aviation being the first woman pilot to attempt to fly around the world. She left Lae Airfield in Papua New Guinea for Howland Island north of the equator in the central Pacific Ocean on July 2, 1937. According to a few sources online her last known position was near the Nukumanu Islands. This area around Nikumoro is where they have begun the search.

When she left for Howland Island with navigator Fred Noonan they couldn’t find it. And no one has been able to find them since. The U.S. Coast guard searched the area by ship and plane for two weeks trying to find any kind of clue to locate the plane. George Putnam, Earhart’s husband enlisted civilian mariners to continue the hunt with no success.

They will be using new technology to comb the seafloor. Accompanying Ballard will also be Val Schmidt. Schmidt is a research project engineer who is part of a crew led by National Geographic. They will be using the EV Nauitlus with Research Technician KG Fairbarn and Research Project Manager Andy McLeod from UNH. Information Tech Roland Arsenault is supporting from onshore.

If he successfully discovers her plane will be able to retrieve more information about what happened and finally be able to put some theories to rest. There are three theories that stand out as the most popular ones.

The theory that Earhart and Noonon ran out of fuel while searching for their destination. According to radio logs Earhart indicated that they must be near the island but that they couldn’t see it and they were running low on gas. They searched around the island for two weeks but this was a time before radar scanning and they were unable to find anything.

They have a radio transmission that states that they were on line “157 337” which would have put them near Nikumaroro. The problem with the message is that it came with 121 other messages over the next 10 days. Of those at least 57 could possibly be from the Electra. At the time of their disappearance the tide on NiKumaroro was low. There was a reef surface along the shore that was long and flat enough for the plane to land, and if it was Earhart who sent those transmissions it’s possible that the plane landed relatively intact. They theorize that if the tide rose it carried away the plane and it sank or broke up in the surf. The transmissions stopped July 13th, 1937.

There is another theory that they were taken captive by the Japanese, as U.S. Spies. They say that Earhart and Noonan were never intending to reach the island and faked their own deaths. They would then be sent back under new assumed names and send information to the Japanese. In this theory Earhart took the name Irene Craigmile and married Guy Bolam. Irene Bolam who then died in New Jersey in 1982.

Searching for the Plane

The real information regarding what exactly happened could all be solved by finding that plane. And once Bolland does we will be able to put the mystery to rest. Depending on the condition and where it’s found will reveal what we are searching for. Especially since in 1937 there were no black boxes on planes. Unfortunately.