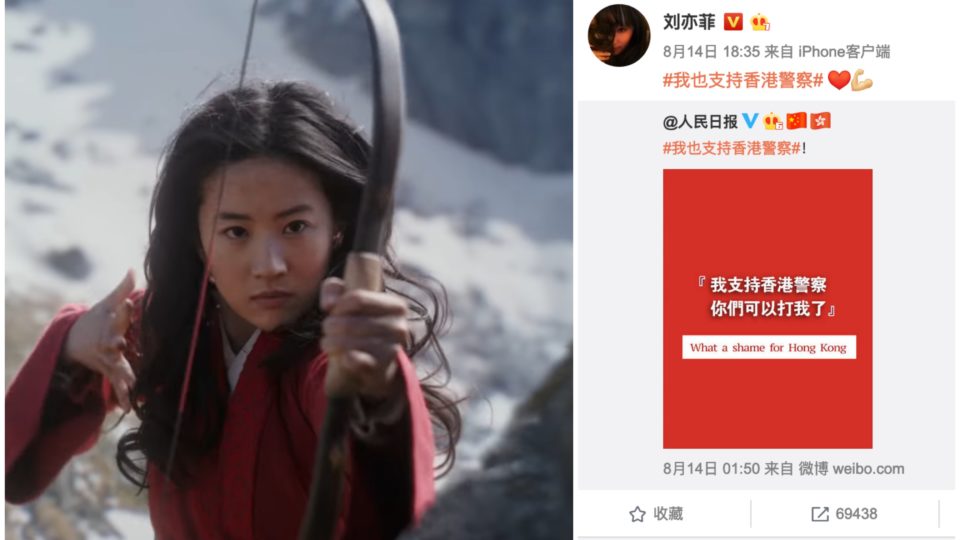 The tag #BoycottMulan is trending after a controversial post that actress Yifei made on a site called Weibo.

The post in question was one where Yifei shared a photo from the Chinese paper People’s Daily that reads, “I support Hong Kong’s police, you can beat me up now” (as roughly translated, according to Newsweek).
Yifei added, “What a shame for Hong Kong” and “I also support Hong Kong police…”

For the past two months, protests have raged across Hong Kong over an extradition bill that would send alleged criminals to China to stand trial. Since 1997, Hong Kong and China have co-existed as “one country, two systems,” and will remain so until 2047. As per the colonial British deal. If the bill passes,there is potential for Chinese courts to rule with bias. This is what the people are protesting against.

In June, Hong Kong’s Chief Executive Carrie Lam reportedly apologized for proposing the bill, but demands for her resignation have kept the territory in chaos. Photographs from Hong Kong show violence as police make moves against the protesters.

Yifei’s statement brought hostility toward Disney against the movie Mulan which will release March 2020.
Here are some tweets of outrage against her posts: