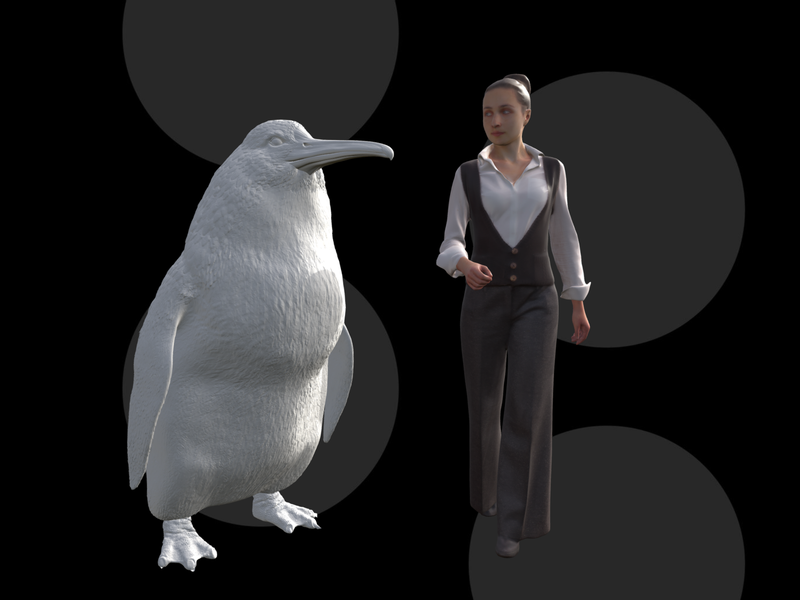 When you think of penguins, you likely imagine cute and cuddly tuxedo-wearing birds. They waddle and glide like torpedoes in the water and are all around non-threatening. According to a recent discovery by scientists though, that wasn’t always the case. Once upon a time there existed giant predatory penguins of your nightmares.

These findings were recently announced after the discovery of fossils in North Canterbury on New Zealand’s South Island in 2018. The remains were discovered by amateur paleontologist Leigh Love at the Waipara Greensand fossil site. They were then studied by Canterbury museum curators Paul Scofield, Vanessa De Pietri, and Gerald Mayr of the Senckenberg Natural History Museum in Frankfurt, Germany. The extinct species has been named Crossvallia waiparensis.

Crossvallia waiparensis lived in the Paleocene Epoch between 66 million ans 56 million years ago. The bird stood at a whopping five feet tall and weighed up to 176 pounds. This means the birds were just slightly shorter than the average adult female height of 5’4″. Studies of the leg bones suggest that Crossvallia’s feet played a larger role in swimming than modern penguins’ feet. Scientists believe that the large size of the birds is likely the result of an evolutionary opportunity due to the extinction of the dinosaurs.

“The oceans were ripe for the picking with the lack of mega predators. It looks like what was going on was that penguins were just starting to exploit that niche,” Scofield told the Associated Press. Marine reptiles and large fish began to take over the oceans after the mass extinction of the dinosaurs. Thus, to keep up with the increasing size of their prey, the penguins evolved in size. All of the scientists’ findings were published in Alcheringa: An Australasian Journal of Paleontology this week.