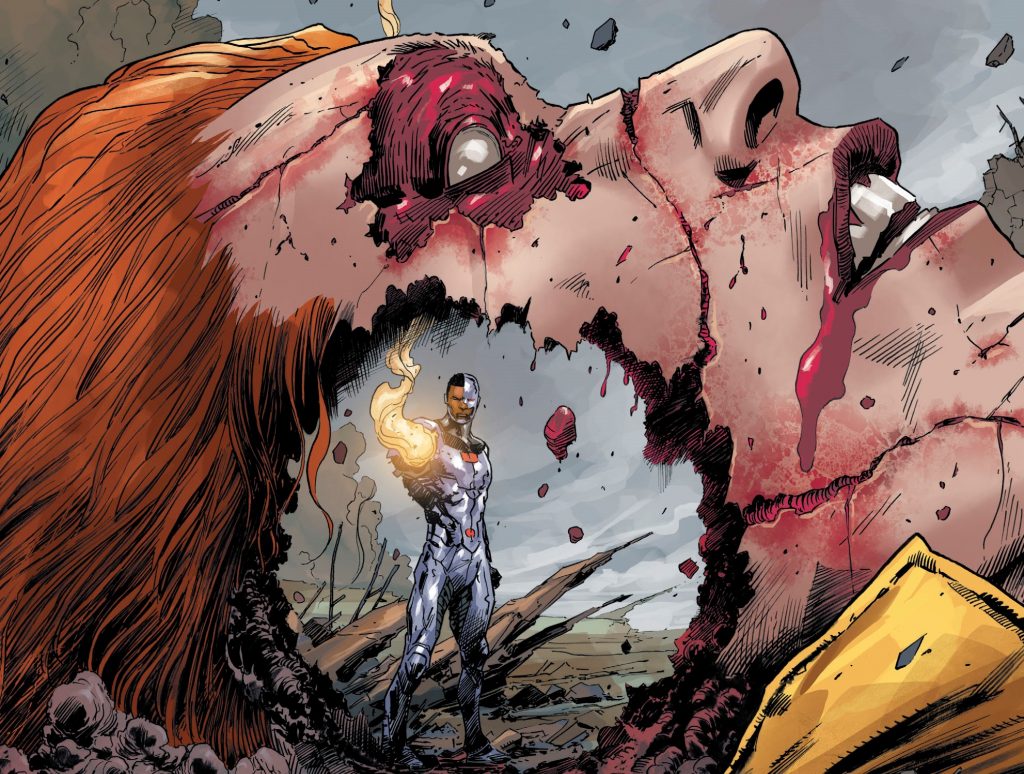 This new Issue of DCeased drops a literal bomb.

Issue 4 of 6 Dceased Dropped today, taking its readers further into despair and destruction. This issue picks us up right where we were last issue but with some context : in an effort to eradicate the monstrous infected, Amanda Waller Dispatched Captain Atom. This was their last mistake

Lois Lane Continues to spread the word to all heroes and villains who can hear her, becoming them to come to the “safe” haven of the Daily Planet. While Ivy and Harley Quinn are able to outrun the “zombie Birds of Prey” , Superman and Canary Lanter are able to find Flash and Kid Flash

Mera, seemingly the only survivor of Atlantis, comes to Themescura for safe haven, prompting Wonder Woman to leave to join her fellow leaguers. After fending off Giganta, Cyborg Catches the survivors to the fact that there is no going back, and that anyone infected is already dead.

After grabbing an injured hawkgirl, Superman and WW go to take Captain Atom up into the atmosphere, who’s currently going nuclear.

The issue ends in a bright light, as Atom Explodes : taking Washington , and seemingly the east coast, with him.

This story continues to terrify its readers with this apocalyptic world of which can take down anyone on a whim. Although this publishes once a month, every issue drags the reader back into the disparity and hopelessness the story radiates.

The strong feeling of suspense keeps building in each issue, paired with the fact that anything can and will happen, has the reader on edge. The art and inking have been consistent and continue to aide in the stories chaotic nature.

What’s your opinion on this issue ? Are you tired of it already or are you hungry for more ? let us know down in the comments below!