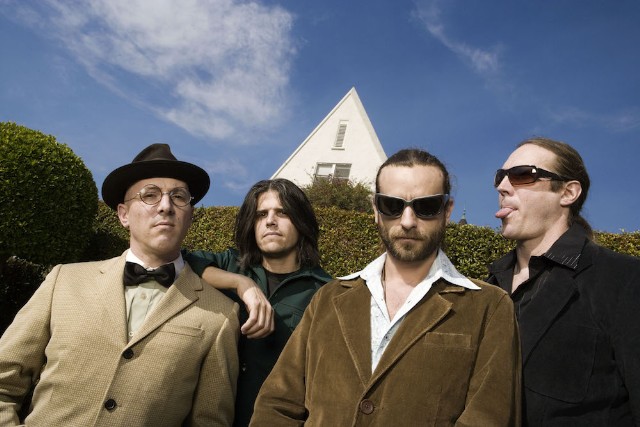 I can remember the day that Tool announced they’d finally be releasing their long awaited new album. Immediately after the news broke I figured I’d spend the next hour or so listening to one of their earlier recordings as kind of a “psyche myself up” for the future session. So naturally I go to my phone, open up the Spotify app, and much to my surprise, I found their massive library of music to be without the likes of Maynard James Keenan and company.

Sure, Spotify has every Puscifer and A Perfect Circle album… but no Tool.

Personally I felt this was an absolute abomination. Doesn’t Spotify have everything? You can stream literally twenty-four hours of the Dave Matthews Band for Christ’s sake.

As it turns out, Spotify doesn’t have everything. But when it comes to Tool, you’ll soon be able to listen to classics like Aenima and Opiate simply by using an app on your phone. Pitchfork.com reported on July 29th that by the end of the week, or August 2nd to be more specific, all of Tool’s discography will be available for streaming.

And if you’re not smiling now, maybe hearing the title of Tool’s of album can bring a big grin upon your face… Fear Inoculum, yes that’s what it’s called.

I can’t decide if Fear Inoculum sounds more like an At The Drive-In B-Side, or the most Tool title for an album since Lateralus. Either way, after making fan wait for over a decade, it better be absolutely fantastic. If the record sucks, we could easily see riots in the streets.

But let’s try to remain optimistic… so until August 30th when Fear Inoculum drops we can at least enjoy the previous Tool records in true modern audio bliss known as playing music from your phone.

What Tool song will you listen to first on Friday? Let Nerdbot know in the comments!!