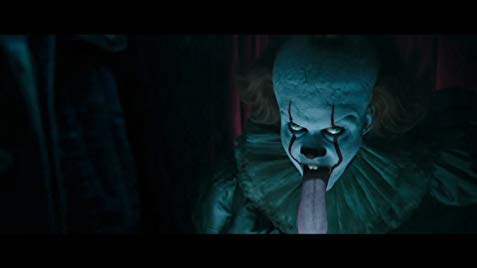 The new trailer for IT Chapter Two dropped today at San Diego Comic Con and it is glorious!

The trailer shows us The Losers Club, as they reunite in Derry, 27 years after trying to defeat Pennywise the clown, to find out from Mike, played by Isaiah Mustafa, that Pennywise is back. We then see Bill, played by James McAvoy, in a carnival funhouse trying to save a little boy from the evil clown’s clutches.

We’re also treated to a narrative from Pennywise himself, who talks about how much he’s craved The Losers Club over the past 27 years. We also get to see the return of Georgie, Bill’s younger brother who was murdered by Pennywise in the first Chapter, and a glimpse into what will go down in the Derry sewers.

The film hits theaters on September 6th and also stars Jessica Chastain as Beverly Marsh, Bill Hader as Richie Tozier, James Ransone as Eddie Kaspbrak, Jay Ryan (who I’m most excited to see, as I’m a huge Being Eve fan) as Ben Hanscom, Andy Bean as Stan Uris, and of course Bill Skarsgård as the titular clown.