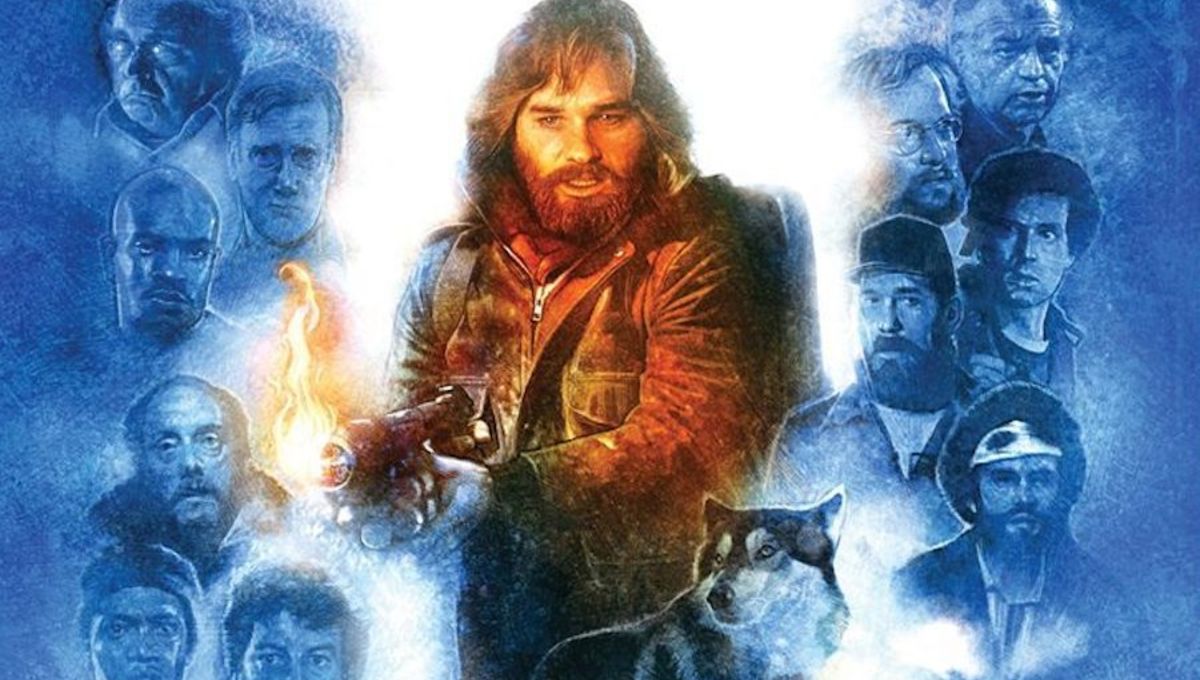 Revisiting John Carpenter’s “The Thing” and How It Hates Heroes

In the opening to John Carpenter’s “The Thing,” we are introduced to protagonist MacReady as he is drinking whiskey and playing computer chess. He is initially feeling pretty good about the chances of winning and he smirks at his own sense of accomplishment. Which leaves him totally blindsided for when the computer manages to checkmate him anyway.

MacReady responds to the loss by pouring his whiskey directly into the computer, muttering “cheating bitch” as the computer short circuits. The scene sets up the character as someone who does not take losing well and is completely willing to destroy whatever does not go his way. It also is a statement of purpose for the movie itself, as well as for the actor playing MacReady. We are supposed to initially see MacReady as a man of action who will later be able to take on a dangerous alien. However, Carpenter and Kurt Russell subvert expectations by presenting us with a hero who is brash, uncompromising and the absolute wrong man to prevent the end of the world.

No one would accuse “The Thing” of being a feel good action romp. The movie has a deliberate pace with only a handful of jokes or one liners. The cast is entirely composed of men who mostly only get called by their last names, and there is barely any scenes where they act normal. The crew at the research station don’t seem to really hang out and what little time we get with them reveals an undercurrent of annoyance with each other. It could be explained away as being in a cramped space for long periods of time, but really they could be any group of men working at a random office building. It would feel more unnatural if they were on good terms. Carpenter uses the setting to not make these guys feel unique, but to feel universal and represent how humans, at their heart, are naturally grating to one another. It makes us gravitate towards MacReady as a matter of course, since he is the only character that gets multiple scenes of him alone. It creates a sense of trust between the viewer and the character, that since the movie follows him, we must like him.

In one of the biggest set pieces of the movie, we see how utterly incompetent MacReady is as a hero. Over the course of the movie, we learn that the creature is not just a singular entity. It is really a collection of cells that are capable of splitting off and becoming its own separate Thing which can then assimilate other life forms. MacReady decides to test the blood of the men, assuming that if they are infected then the blood would react to pain. During the sequence, it is revealed that Palmer is infected, and he gruesomely opens himself up into a giant mouth to attack the other men. During the fight, MacReady manages to torch the thing, and it lumbers out of the base into the snow in order to put itself out.

It is here that MacReady does something completely contrary to what he previously understood about the alien. He takes a stick of dynamite and flings it at the Thing, causing it to explode all over the snow. This is a baffling action as all it does it allow the Thing to be given the chance to form multiple versions of itself and increase its chances of survival. It is also completely in character for MacReady as he tries to annihilate something that almost beat him.

Every action that the Thing has does in the film indicates that it is only responding to threats and not actively trying to kill anyone. The Thing only reveals itself when it has to defend itself, first from dogs that detect its presence, to when it gets electrocuted by a defibrillator. Looking at its actions makes a strong case that it only wants to escape by any means necessary. If it wanted to continue on an invasion, it would be easier to simply hide in a body and wait until it could be taken back to civilization. The men later discover that the Thing has been building a makeshift spaceship out of spare parts in an attempt to escape.

But the paranoia of MacReady and the other survivors leads them to blowing up the spaceship which was its last chance to get away. During the climax of the movie, MacReady repeats his mistake again by blowing up the Thing again with dynamite which levels the entire base. The movie ends with him ready to freeze to death and completely unsure if his actions actually solved anything. Our hero is smart enough to understand the Thing but not smart enough to understand himself. His impulse to not just beat his enemy but destroy them only makes things worse in the long run. The movie argues that our reliance on hero worship tropes only leads to that same conclusion, with devastation and unanswered questions.

When “The Thing” was released in 1982, it famously came out only two weeks after “E.T. The Extra Terrestrial.” The movie was already a dark and mature horror movie that would only appeal to adults and sci fi nerds. However, going up against the cultural juggernaut that was “E.T.” ensured that “The Thing” wouldn’t just fail at the box office but also be accused of being a crime against God.

Critics at the time lambasted the movie for its aggressive special effects and bleak tone. The reaction completely blindsided Carpenter at the time who felt that his movie was being judged for what it wasn’t. He used state of the art makeup and practical effects to make the ultimate monster movie, and critics hated it for being too good at its job. It is like trying to call out E.T. as being “too much”of a family movie.

What Carpenter didn’t see was that it wasn’t too dark, but that it was exactly the right level of dark. Audiences in 1982 were hit by several movies that explored what kind of creatures humans really are and did not like it one bit. “The Thing” argues that people barely trust and tolerate each other in the best of conditions, and any disruption in that tenuous trust will destroy us entirely. People who see themselves as heroes do even more damage than others as they rush in to save the day only to make everything way worse.

In its way, it is a perfect companion piece to another sci-fi movie that came out the summer of 1982, “Blade Runner,” which also has a rather low opinion of people. Both movies are a litmus test for what audiences want out of movies. While they are both spectacles of effects and ideas, they also don’t leave you feeling good when you leave the theater. While they can immediately satisfy the people who read Fangoria or OMNI magazine at the time, general audiences usually don’t like feeling attacked.

The movie is also a sign of where Kurt Russell would evolve as a leading man from the 80s to today.

Russell at the time was an up and coming player in Hollywood. A former child actor, he had grown up in front of the camera working in numerous Walt Disney movies and tv shows in the 1960’s. Being a child actor carries a stigma that drives out many people from the industry, unless you are part of a dynasty of people in the industry. His dad, Bing Russell, was a working class actor and was a constant presence on TV and cinema. In the 1970s, Kurt tried to break out on his own away from acting, such as playing minor league baseball for the California Angels. An injury forced him to retire and go back to acting in the mid 70s.

Russell’s choices as an actor seemed to reflect the fact that he had to go back to acting and seemed to find ways to subvert his leading man looks. John Carpenter recognized that subversion and put him in several films that take his charisma and play with them. “Escape from New York” makes him a protagonist that hates the fact that he has to be. Snake Plisskin is bitter, angry and doesn’t want to be there at all which is what makes him so compelling. Their other film, “Big Trouble In Little China,” does another change up where he plays a lovable idiot, Jack Burton.

Unfortunately, “Big Trouble” and “The Thing” did poorly enough that Russell seemed to decide to slide himself into more conventional heroic characters. It has not been until the past decade that he has done really crazy stuff again like Stuntman Mike in “Death Proof.” Quentin Tarantino seemed to see the same thing that Carpenter saw by also using him as a misguided hero in “The Hateful Eight.”

“The Thing,” if nothing else, is made by a guy who knows exactly what he is doing to create a mood. Despite the skill on screen, audiences just weren’t into a movie that was so critical of people. It is a bleak piece of work, and it was a movie that took me a couple viewings to truly appreciate.

While I loved the creature effects by Rob Bottin, I did not get the underlying anger that existed beneath the surface. Carpenter and Russell worked together to make a movie that is a middle finger to the idea of heroes and covered it over with arctic snow.

You just have to see the remake of “The Thing” to see how much that anger matters, and how much you can miss it when it is gone. The 2011 version is glossy but also doesn’t have any ideas at all except to copy what made the original so great. Monster movies are fun when they are gory splatfests, but the ones that stand out are those that recognize that the best monsters are the ones that reveal our own underlying ugliness.

Pick up a Blu-ray copy of “The Thing” on Amazon here.

Travel Back to ‘The Shining’ in the New ‘Doctor Sleep’ Trailer