Nicolas Cage always seems to be playing a game of how far can I go off the rails. As if the last couple of years he’s become more known for his obscure off screen antics than what he’s actually done on screen. Which kinda sucks because Cage has flown under the radar recently and knocked out a couple solid performances.

I’ve heard good things about Mandy and Joe was every bit of raw in all the right ways.

It’s like he grew a beard and became an entirely different actor.

So in the endless cycle of “Cageanigans”, ConsequenceOfSound.net reported on April 25th that the man who literally faced off with John Travolta was spotted singing karaoke at a bar in Koreatown, Los Angeles. And his song of choice? Prince’s “Purple Rain”. No, I’m not joking.

Check out the clip below!

A rather aggressive rendition of Prince’s signature track if you ask me. Sort of in between Disturbed’s cover of “Sound Of Silence” and the verge of mental breakdown. But for those fortunate enough I guess to have witnessed it, I’m sure the random moment of obscurity will resonate with them forever.

As my random sighting of Nicolas Cage will resonate with me forever. I was at LAX when I look up to see Cage walking alongside with this big ass dude who I’m assuming was a bodyguard or something. They seemed to draw attention though nobody took any pictures. 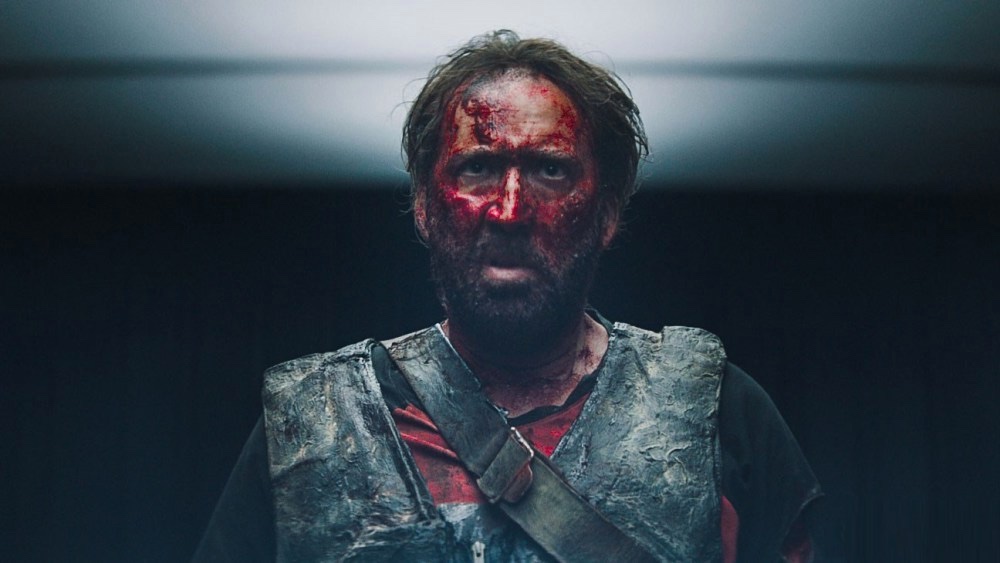 Cage has this crazy look in his eye, almost like he either just did, or was on the way to shoot the most intense scene ever filmed. The whole thing lasted a mere five seconds yet my favorite part of this little anecdote is the fact he wore a fedora and an all over print t-shirt of a predatory animal. Typical.

What crazy thing will Nicholas Cage do next? Let Nerdbot know in the comments!!