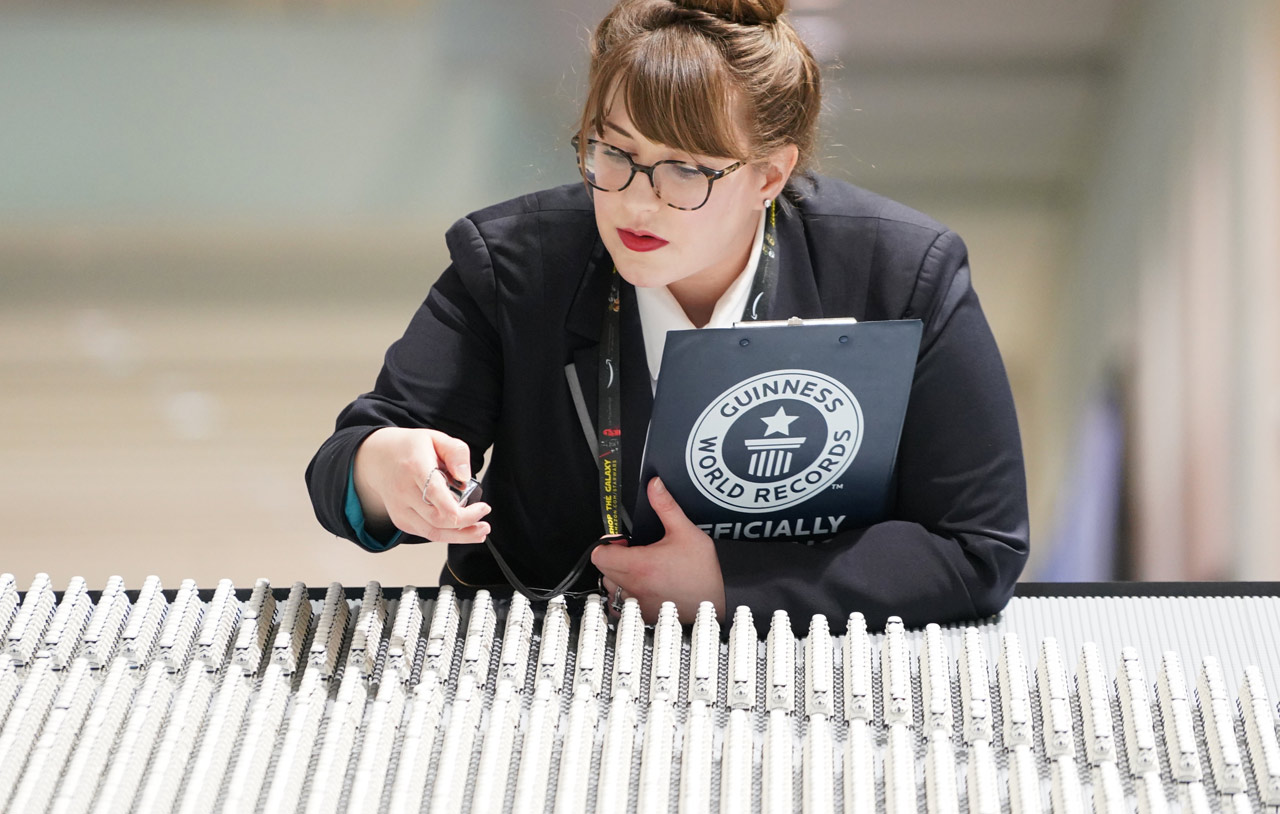 The display took 12 builders 38 hours to create. It was part of a Star Wars Celebration in Chicago. Before the attempt, the company had to check its inventory to ensure that they had enough stormtrooper minifigure parts! It took 16 hours to assemble the minifigures before they were shipped to Chicago for arrangement in the display.

Lego has been working with the Star Wars franchise since The Phantom Menace came out in 1999. Lego introduced 13 Lego “Star Wars” sets at the American International Toy Fair in New York that year; it was Lego’s first licensed property. The Lego “Star Wars” line now includes more than 700 different sets and 1000 minifigures and the collaboration includes 5 video games and several TV and web series. Star Wars is also mentioned in the Lego movies.

Lego is celebrating the 20th anniversary of its “Star Wars” line with new sets based on the movies and animated series. The stormtrooper minifigures used to break the record will be available in one of the commemorative sets, the Imperial Dropship.