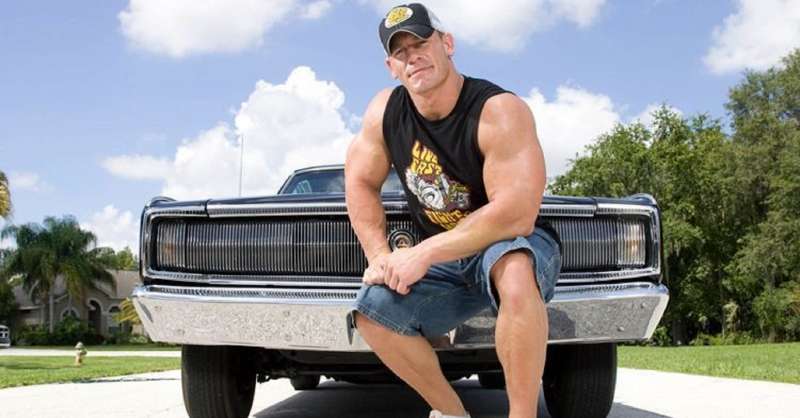 Looks like John Cena is going to be a busy man. He has been cast in James Gunn’s Suicide Squad 2 in an as yet unknown role. In January there was a rumor that he might star in a Duke Nukem movie. And now comes word that he will be in Fast&Furious 9. The Fast&Furious franchise may be right up Cena’s alley as he has his own muscle and sports car collection. The announcement was made by actor Vin Diesel who posted a video on Instagram welcoming Cena to the Fast &Furious 9 cast. Diesel also paid tribute to the late Paul Walker.

WWE professional wrestler John Cena is no stranger to acting. He has appeared in several films including The Marine (2006), 12 rounds (2009), Trainwreck (2015), Ferdinand (2017), Daddy’s Home 2 (2017), Blockers (2018), and Bumblebee (2018) from the Transformers franchise and has made numerous TV appearances. He also released the rap album You Can’t See Me in 2005 which went platinum. He has several projects in post-production: Project X-Traction (2019), The Voyage of Doctor Doolittle (2020), and Playing with Fire (2020). In addition to the upcoming Fast&Furious 9 and Suicide Squad 2, he will be Paul Janson in The Janson Directive which is in pre-production.

Cena may be filling a hole left by the absence of Dwayne “The Rock” Johnson from Fast&Furious 9. There had been rumors of a feud between Johnson and Diesel. However, Johnson is starring with Jason Statham in the spin-off movie Fast&Furious Presents: Hobbs and Shaw which will debut on August 2. Johnson’s lawman Hobbs and Statham’s outlaw Shaw first met as antagonists in Fast&Furious 7 (2015). In Hobbs and Shaw, the duo will be forced to team up, along with Shaw’s rogue MI6 agent sister (Vanessa Kirby), to foil Idris Elba’s villain Brixton, a cyber-genetically enhanced anarchist who has obtained a biological weapon.

Of course, Vin Diesel is currently in the ultra-smash hit blockbuster Endgame since he is the voice of Groot.