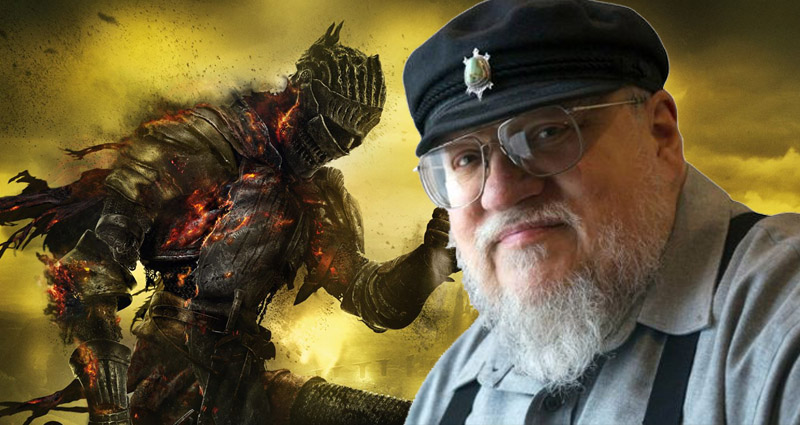 The rumor first emerged from the Youtube channel Spawn Wave where they cite Liam Robertson ( notably reliable journalist) as their source.
Before I go on, remember: this is a rumor and absolutely nothing has been revealed or confirmed publicly. For a rumor, however, there sure seems to be a great many details.

FromSoftware will be developing an open world game to later be published by Bandai Namco. This is where Martin is purported to be stepping in as he is renown for creating in depth immersive worlds. Sounds like a perfect fit for an open world game seeing as Martin would be head of creating the larger narrative. Guaranteeing and epic story-line.

If rumors are to be believed, the game play will allow your character to start in any of a multitude of Kingdoms battling boss after boss from each one. You then assume the power of each boss before continuing forward to the next area.

George R R Martin has been promising focus on his last two A Song of Ice and Fire books (the inspiration for Game of Thrones) making this rumor a little more skeptical considering that writing a narrative story line for an immersive game is a huge undertaking.

Will it be a battle between book lovers and game lovers vying for the authors time?

Perhaps in June during the E3 conference, we will be able to find out more to this rumor and whether there is anything to be believed.