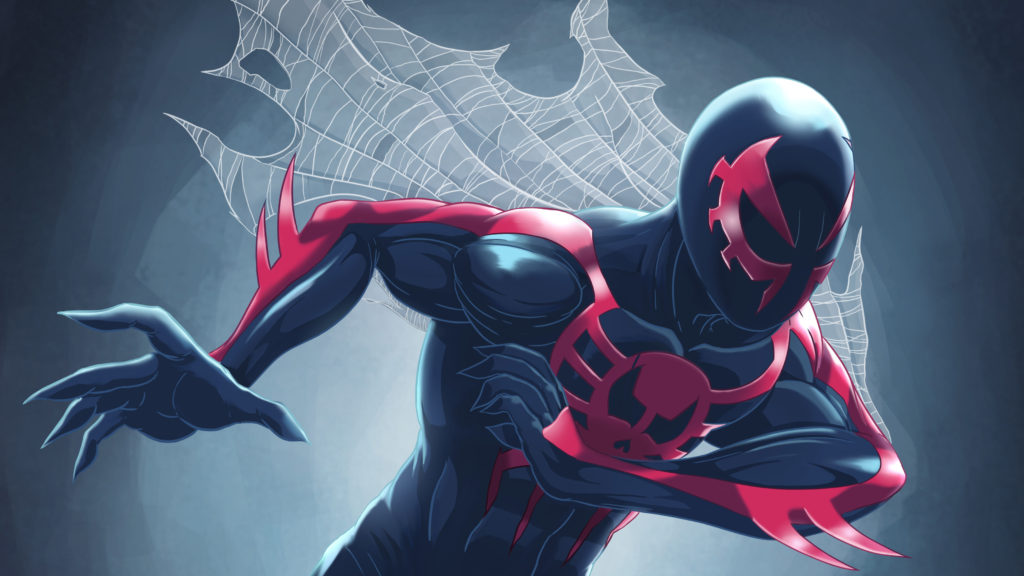 Now that Disney has closed the Fox deal, there are a lot of questions that have been asked. Such as, “Is there going to be an end credit scene with the X-men? Are we going to get a John Krasinski and Emily Blunt Fantastic Four? Is the Xenomorph queen now a Disney Princess?” All of these are valid questions, but the one most on my mind is, “Will we be able to get a 2099 MCU?”

I know that it doesn’t seem to be that important to fans of the MCU right now, but I always loved the original 2099 run. In fact, I own 2 copies of each #1 issue for the entire line. The various series were smart, well written, and due to the fact were part of in the future, the were original. Case in point, Spider-man 2099 was a half Irish half Mexican by the name of Miguel O’Hara. And I already have the perfect actor to play the part. Actually, he has already played the character before. Of course, I am talking about Oscar Isaac, who voiced the character in and end credit scene of Spider-man Into the Spider-verse. Then there was the animalistic Hulk 2099, the more than brutal Punisher 2099.

Now, who would be able to helm this project? A few prominent directors spring to mind. Guillermo Del Toro, is the first on my list. Having made a success with a prior comic book franchise with the “Hellboy” series, and showing a good sense of futuristic cities with “Pacific Rim.” Second would be Robert Rodriguez, his foray into comic books films are well documented. Both with the gritty “SIn CIty” and the futuristic “Alita.” And third would be Ridley Scott. Now before the hate starts, remember he directed both the original “Alien”, which kickstarted the whole franchise and also filmed the amazing futuristic sci-fi film “Blade Runner”, and I believe if he has something original to work with, we may be treated to something amazing.

I understand that this will not be an easy venture, and there are bound to be many bumps along the way. Such as the fact that Spider-man still is a property of Sony, and it looks like Sony is trying to pursue an animated feature of Spider-man 2099. But if Disney get something together like they did for Civil War, then maybe we can actually get this project going. So, who is with me?