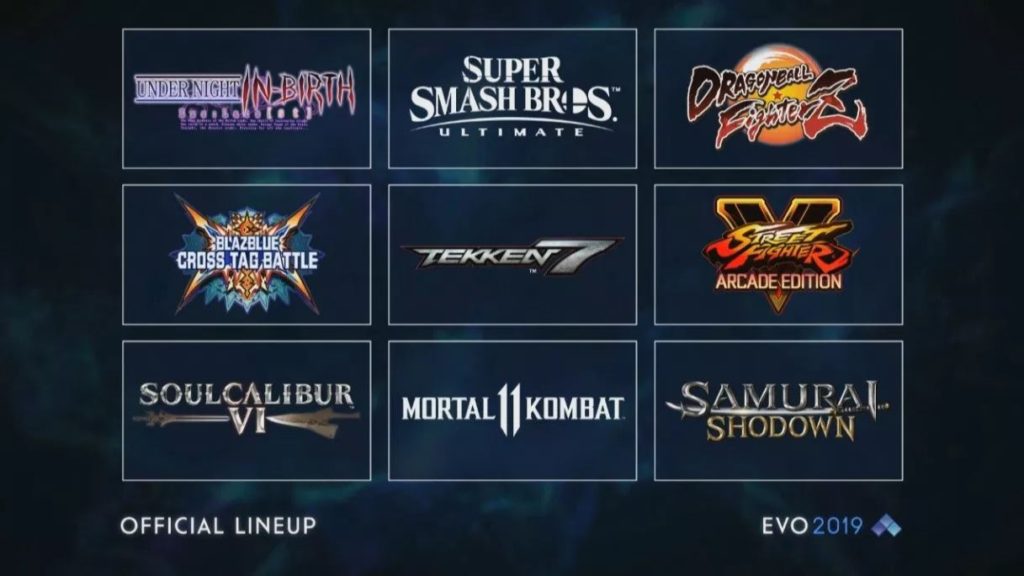 Every year I find myself becoming more excited. Why you ask? Simply put that there is an annual convention that I attend which is called Evolution. It’s not what you think! Basically a giant tournament of fighting games. That range from Street Fighter all the way to Sailor Moon S Fighting Game (yes you read that correctly).

Every year we hear the lineup from Mr. Wizards, who the FGC (Fighting Game Community) has a love/hate relationship with. But I won’t bore you with the little things. This week a live stream happened where Mr. Wizard gave us what we were waiting for. The lineup of the main stage for EVO 2019. Some of them were no surprise but a couple had me floored, one even shot me back to my childhood that I swear I could hear my inner 16 year old self screaming with joy.

Normally there is a vote where Mr. Wizard will make an announcement for several games then leave the floor open for the fans to vote in one. Some years this happens, some years it doesn’t. No one knows why he does things this way, you would have to ask the Wizard himself!

This year a staggering nine, count em N-I-N-E titles to be on the main stage of EVO 2019. And they are the following:

I don’t know about the rest of you, but I am so down to see each of these go down. I am here for the fact that Samurai Shodown is back and looking better than ever! Now don’t mind me I will be violently crying as I play Samurai Shodown when it is released this spring.