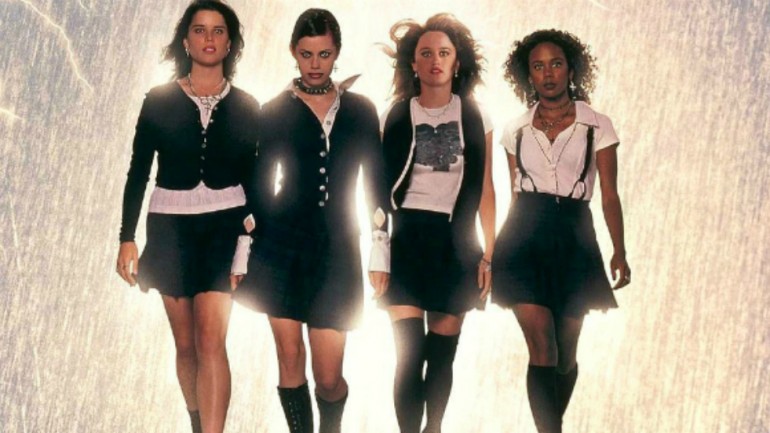 Actress/Writer Rachel True has recently been speaking out on social media about how she is feeling ignored by conventions that are celebrating the 90’s cult film The Craft. While the film was a modest hit back in 1996, it was a defining movie for a lot of kids who got their first exposure to witchcraft and how cool dressing in all black is. As part of the recent wave of 90’s nostalgia, conventions and fan events have been holding reunions and celebrations for movies and tv shows of the day. Which makes it so disappointing to hear that the reunion for The Craft is going to be missing a quarter of its cast.

In a series of tweets, True has revealed that an unnamed convention is due to host a Craft reunion without her in it. While castmates Robin Tunney, Fairuza Balk and Neve Campbell are going to be there, True says she was not even invited. She expressed disappointment but not necessarily surprise and hints that it might be racially motivated. True doesn’t come out and just call the convention racist, but it is conspicuous that she was never even contacted to attend. Balk was the one to contact her to let her know that the reunion was going to happen and that the other stars have been booked for awhile. It may not be malicious, but the fact that the convention simply assumed that fans would not want to see the entire cast reunited speaks to how they don’t think that she mattered in the way that the other cast does.

True goes on to say that this has sadly been the state of things since the movie came out. When the cast did interviews, she was not given the attention that the other girls were. Notably, the MTV movie awards that year had everyone but True onstage to give out an award while she sat in the audience. It hardly seems fair that someone who is on the freaking poster for the movie and is a major character gets shafted like that, but it also reveals what the studio and press prefer to feature and who gets ignored. What makes it worse is that after pointing out the disparity, True updated to story to say that the convention reached out to her saying they are not going to over being accused of being racist.

It is this damned if you do and damned if you don’t situation that is especially infuriating. What was she supposed to do? Just pretend that it is totally cool that she was the only one in the cast that didn’t get to be a part of an event that celebrates a movie she was a costar in? She has now received backlash for complaining at all, with some accusing her for doing this only for attention. There is simply no winning which is an unfortunate fact for many actors of color in the past. Things have definitely improved in the industry, but it does not mean that people who have been affected don’t get to address their mistreatment by the entertainment industry. Hopefully in the future, organizers won’t forget that fans come from all backgrounds and they deserve to see themselves in the people they see at fan events.