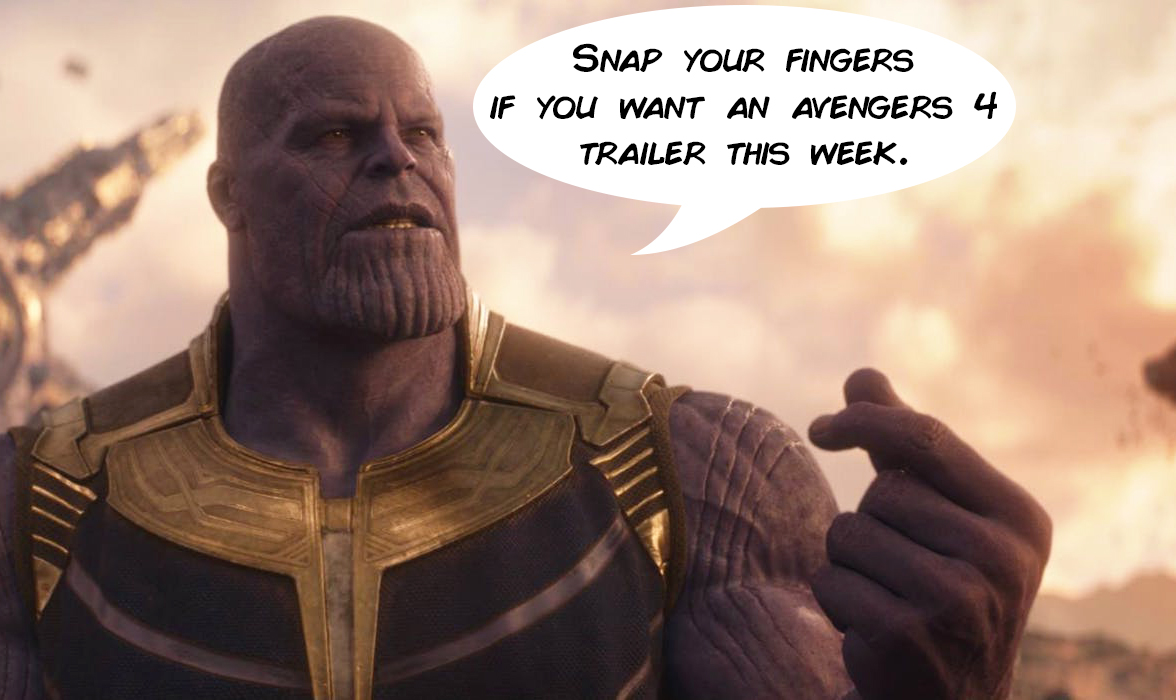 Fool me once Marvel…shame on you. Fool me twice…well, I’m okay with that!

For the past few weeks we’ve been awaiting a trailer for Avengers 4 to be unleashed onto the world. So far all the speculation, including Nerdbot’s has been wrong!

Now the twitter powers that be, the ones in the “know” are promising a release this Wednesday, December 5th on Good Morning America.

You can read some of the most recent tweets below…

Ok now that it's out I CAN tweet about it…

Yeah all the rumblings seem to be true. A new Captain Marvel trailer coming Monday night, and hold on to your seats because Wednesday more Marvel goodness should be hitting.

As posted on twitter, we do have a Marvel confirmation of the release of a new Captain Marvel trailer set to debut during tonight’s Monday Night football game with the Philadelphia Eagles Vs. the Washington Redskins.

Check out the new poster and tune-in to @ESPN’s Monday Night Football to see the brand new trailer for Marvel Studios’ #CaptainMarvel. pic.twitter.com/43EPkcTBET

Let’s keep our fingers crossed and hope Marvel doesn’t “snap” us out of watching the new Avengers trailer.