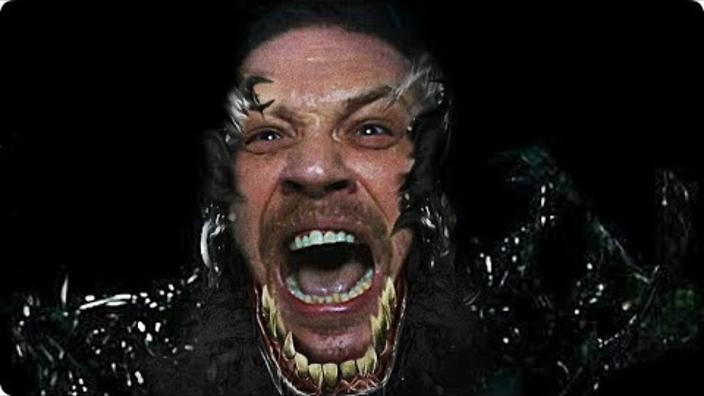 Did you see Venom?

I still haven’t decided if I should pass up the Halloween remake this weekend and go see the latest MCU offshoot.  Normally I’d be there on a Thursday night at 7:30 for the big time superhero flicks but once the Venom reviews came out… I was like eh… maybe that $16.00 could go towards something that can get me drunk. 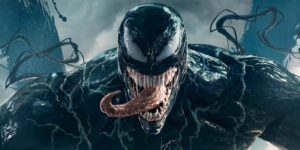 FYI what you see above is not a typo.  It really does cost $16.00 to go to the movies in Los Angeles.

With Rotten Tomatoes posting a Critics Score of 30% and an Audience Score of 88% (as of 10/19/18), thrown in a couple of my friends saying I should “just spend that money on beer”, I’m really in no rush to get to the theater.  Also, even before the Venom came out I was a little turned off from seeing it.  Not because a lack of Spider-Man, or the lack of the infamous spider logo across the character’s chest, or the lack of connection to the MCU, or lack of relevance a Venom solo movie would have in the world today… but because of Tom Hardy’s voice. 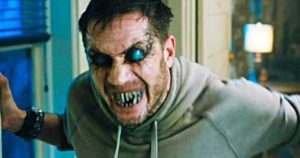 Sure we know Tom Hardy is British, but every time I hear him speak, different accent.  Even when he’s not acting, different accent. I’m not sure if Tom knows his original dialect.  However I do think in real life he’s got the cool British accent where you get to call people “darling” all the time.  I wonder if he knows that?

While Venom is by no means a blockbuster flop. Believe me, somebody is getting paid.  However since the project failed to garner the critical acclaim as its Marvel sourced counterparts, Sony felt compelled to issue a statement.  Last week various media outlets gathered at the gates of the studio awaiting either Hardy, director Ruben Fleischer, maybe even Jenny Slate to come out and be the face of the press conference.  Instead the voice of Venom took care of everything.  No cardboard cutout to focus on, just a voice blaring from a set of speakers. Unfortunately Nerdbot wasn’t able to get an audio recording.  But we do have a copy of the transcript.

So if you can… imagine Venom’s voice sounding like Audrey 2 with a sprinkle of the Smog Monster from Ferngully.  Only not a suave in a Barry White sort of way. 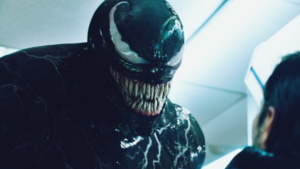 “Thank you everyone for showing up here at Sony this afternoon.  We are Venom.

Over the last couple of weeks we’ve seen critics bite the head off our film the same way we would do to a guy robbing a liquor store.  While everyone is entitled to their opinion, we want you to know we’ve listened to what you have to say and when we shoot the sequel just know… things are going to be different.

We are currently working with the best vocalics and paralanguage experts from around the world to make sure our two lead characters have voices that aren’t corny as hell.

The sound of a voice can mean a lot to the way audiences perceive a performance and here at Sony we take perception of our talent seriously.  We’re sorry.”

We’ll have to wait for the sequel to see if they actually fixed the problem but a press conference of this magnitude can only mean the studio is going all in on the anti-superhero franchise.

As for Tom Hardy, I’m sure he’ll just dip into his bag of voices for something else.  I’m sure he’s already got it lined up.  Hardy is no stranger to a WTF moment in the world comic book movies.

I mean… did you really think Bane sounded like that? Was that really the sound of the voice that broke Batman’s back? I don’t think so.