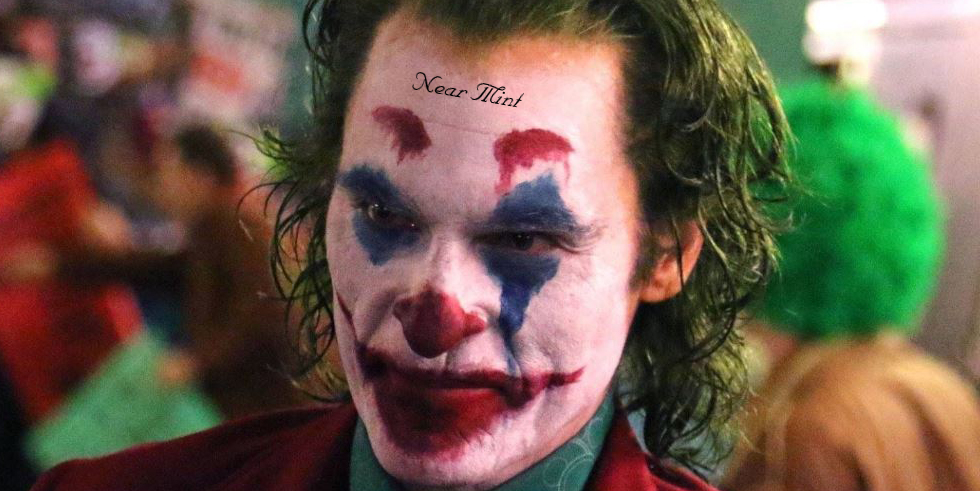 What If The Joker Movie Is So Good It Spawns An Expanded Universe?

This is a “Nerd Voices” contributing piece by Nerdbot reader Aaron Russell. You can find  him on Twitter. He also has a website devoted to his Photoshop hilarity.

Like many of my fellow nerdologists, I was skeptical when WB announced a stand-alone Joker movie, but the film does have a lot going for it. First, we have Todd Phillips, of Stu’s Song fame, directing the movie. And if any person can tap into the depravity of man, it’s the guy who gave us The Hangover Trilogy and Starsky & Hutch.

Next up, we have one of the greatest actors alive, Joaquin (pronounced “joke-in”) Phoenix, filling the clown’s shoes.

As soon as we heard the casting, our fan-art people at Nerdbot went to work trying to break the internet first.

And when the paparazzi photos started to leak, our nerdy heads started to get the vapers. We took a step back from the questionable information previously leaked, like revealing the Joker’s real identity was Arthur Fleck, a name which sounds more fitting for the duck in those Aflac commercials. All collective geeks usually agree, “The Joker doesn’t have a name! That’s what makes him awesome/mysterious/cool!”

I was hoping people would just address him as “hey buddy” and “you da man” throughout the whole movie so we never know what his name is, but whatever. Then the first images appeared where Joaquin looked like a hobo that just found $20 in the gutter and loaded up his bag at the Dollar Tree.

But damn if that doesn’t look like Joker on his day off. Even in his everyday-man garb, Phoenix is killing it. Then Phillips dropped the test(?) footage of Arthur transforming into The Clown, a subspecies of The Joker.

Then the images and video just exploded from there. We got to see subway shenanigans by a now almost fully evolved (maybe?) Joker and all the crazy maniacal expressions we come to expect from Batman’s nemesis. This is real, folks. This movie is looking awesome. And if Venom turns out great, we know stand-alone villain movies can work! (REDACTED)

There’s a good chance this one-shot movie will be the best thing WB has made since the Nolan Trilogy. And what do Hollywood studios do these days with a hot property. Extended Universes! We could call it the Detective Comics Extended World (DC-EW). Think about it. How many other characters do we have to choose from? Bagillions, that’s how many. There’s Catwoman, Riddler, Penguin, and Crazy Quilt just to name a few.

With the right actors and directors with a vision, the sky’s the limit. Warner Bros and DC could hire someone to oversee all the movies so they all don’t feel disjointed and all over the place. Eventually it could lead to a team-up of villains in some sort of squad. But we couldn’t have an entire movie about a group of bad guys punching babies like they normally do. There would have to be a noble goal they need to achieve, but resent doing it so they could get back to being bad guys when the threat is over. But at least they could be heroes for just one day.

Speaking of heroes, word has it director Matt Reeves is rebooting Batman with a new actor playing the titular role.

The Joker is an origin movie, and Reeves’ reboot is rumored to be set early in the caped crusader’s career. It wouldn’t be that hard to have Phoenix’s Joker pop up in an after credits scene in the new Batman movie, rumored to have The Penguin as the baddie. Fleck might be visiting a newly incarcerated Cobblepot to tell him he has friends on the outside, and Oswald, driven temporarily insane by Batman, just keeps mumbling “ding ding ding”. You have one link in an expanded universe right there.

And why stop there? You could plant all kinds of easter eggs in Batman’s movie of the larger DC world. Maybe Alfred could be talking to Bruce and comment how people have witnessed a flying man around Metropolis and Bruce would say, “Uh huh, neat. But I gotta stop this squat, balding guy who’s wielding an umbrella.”

After The Batman lands and maybe a sequel, the DC-EW could then announce a Superman reboot. Again with an after credits scene that links Superman’s world to Batman’s. The next few years could be spent releasing quality character solo movies like Green Lantern, Flash, Wonder Woman, etc. Until finally, after interacting on a minor level, they come together in a league to fight a threat none of them could handle alone, like an alien invasion with a beam of light shooting into the sky or something.

And we’ll look back 10 years later and think, “Who would have ever thought that an A-List villain’s origin movie would spawn a widely popular and massively lucrative comic book cinematic universe?”