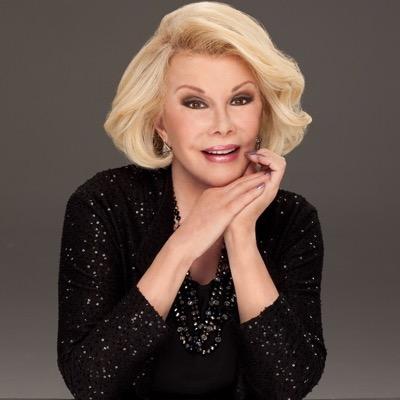 Our time on this planet is limited and we’re never sure what could happen tomorrow. There are some people out there who are convinced you need to be nice to everyone in the world because you never know which words to them will be your last. Whether it’s a battle in Stand-Up Comedy, a Fight Among Foodies, or a Battle in Late-Night, these celebrity feuds all have one things in common: they were never closed up before someone involved passed away.

Before Jon Lovitz bought his (now closed) Jon Lovitz Comedy Club in Universal Citywalk in Los Angeles, he had a contracted gig with The Laugh Factory in Hollywood. The agreement was that he did a stand-up comedy hour “Every Wednesday until he died”. I was lucky enough to make it one of those Wednesdays, back in 2007 I believe, where Jon Lovitz shared a story about how comedian Phil Hartman was dead because of comedian Andy Dick. Lovitz claimed that Andy Dick did cocaine with Phil Hartman’s wife Brynn, who was a recovering coke addict, and supposedly 10 years clean. Brynn Hartman’s habit picks up in full force, and on an apparent bender on May 28th 1998, murders Phil Hartman before committing suicide.

In 2007, Jon Lovitz and Andy Dick got into a physical fight when Andy Dick said to Lovitz at a restaurant “I put the Phil Hartman Hex on you- you’ll be the next to die.” So, while Lovitz blames Dick for the death of his friend, Dick defends himself in the below YouTube clip when he appeared on the Tom Green Show, saying “I did cocaine with Brynn Hartman, it’s not like she went off and killed Phil Hartman that night. It was about half a year later and I was in rehab already.”

Anthony Bourdain (may he rest in peace) had beef with Paula Deen, Rachel Ray, Sandra Lee, Guy Fieri, Ina Garten, Adam Richman. But the feuds were almost embarrassingly one sided.

According to People, Anthony Bourdain said the following about Rachel Ray and Sandra Lee: Rachael Ray (“Does she even cook anymore?”) and Sandra Lee (“I hate her works on this planet.”)

On his fellow Travel Channel host Adam Richman (Man Vs. Food) Bourdain said: “Why did we watch that show? Admit it. You wanted him to die,” Atlanta Magazine reports Bourdain saying. “The show confirms their worst suspicions—that Americans are fat, lazy, slothful, [and] wasteful.”

Bourdain almost had a compliment for Food Network’s Barefoot Contessa, Ina Garten, but in typical fashion, he topped it off with some choice words about Garten’s husband Jeffrey:

“I love Ina Garten. She’s one of the few people on the Food Network who can actually cook. When Ina Garten roasts a chicken, she roasts it correct. When Ina Garten makes mashed potatoes, those are some solid mashed potatoes. In many ways, I want Ina’s life. I don’t want to live in her house. I don’t want to spend a weekend there. It gets weird in Ina Land…Oh, when Jeffrey gets home, he’ll be so happy I made meatloaf. And then he comes home and you’re pretty sure he’s not into meatloaf.”

On Paula Deen, Bouradain said: “The worst, most dangerous person to America is clearly Paula Deen. She revels in unholy connections with evil corporations and she’s proud of the fact that her food is f—— bad for you. Plus, her food sucks.”

When the victims of Bourdain’s wrath were asked about the feuds, there seemed to be a collective shrug of confusion, as displayed by the following quotes:

Paula Deen responded on Fox and Friends: “I was actually kind of shocked considering I’ve never met Anthony,” and wondering why “such harsh words could be used. I don’t know if it was a publicity thing of if someone had just peed in his bowl of cereal that morning and he was mad. Anthony, dear, I’m so sorry you feel that way.”

Guy Fieri in an interview with GQ Magazine: “It’s actually disappointing…I don’t like him making fun of people, and I don’t like him talking sh*t. And he’s never talked sh*t to my face. I know he’s definitely gotta have issues, ‘cos the average person doesn’t behave that way. It’s just, what are you doing? What is your instigation? You have nothing else to fucking worry about than if I have bleached hair or not? I mean, f*ck.”

Bourdain had seemingly gone aggro on everyone in his industry, until Papa Smurf Daddy Alton Brown stepped in to talk some shit back to People Magazine:

With specific regard to perhaps the network’s most vocal critic, Anthony Bourdain, Brown says: “I don’t have to defend my skills against anybody. I’ve got 14 years and 252 episodes of a show called Good Eats that I’m pretty sure I can use as a résumé for my skills.”

He continues: “When was the last time you saw Anthony Bourdain actually cook anything?” adding, “I’ve spent 14 years cooking my own food on television and I’ve never seen him cook a meal.”

It all began when Chelsea Handler ignored Joan Rivers at an industry event. The flood gates were open and there was no turning back. Chelsea Handler made a critical mistake when she criticized comedy queen Joan Rivers (complete with an extremely shitty impression of River’s trademark gravelly voice) while being interviewed on Howard Stern’s Sirius XM radio show, saying:

“Joan Rivers gets up and she’s like, I’d like to thank Chelsea Handler for giving me a career in comedy (mock laughing), and congratulations on your stage, Chelsea, because I don’t even have a dressing room.”

Handler then stated that she told Joan to screw off, because “What the f*ck do I care about Joan Rivers?”

Joan had her own rebuttal, which she openly expressed to Howard Stern.

“She’s an ordinary girl that was f–king somebody high up in the industry and they gave her a break and she’s doing okay,” the fiery “Fashion Police” host said on Howard Stern’s Sirius XM radio show. “Number one, the girl made it on her back f–king the president, we all know that, of the network. Number two, she’s fine, she’s ordinary. She’s not a genius. Whatever she is, she’s a drunk. I don’t wish her good luck, I don’t wish her bad luck. I don’t think she’s particularly funny. But don’t you come after me, you whore!”

Handler dated  Ted Harbert, the CEO of Comcast Entertainment Group, for four years before the two split in 2010. This feud is one that will go down in unsolved history, as Joan Rivers passed away in 2014 from cardiac and respiratory arrest from a minor elective surgery.