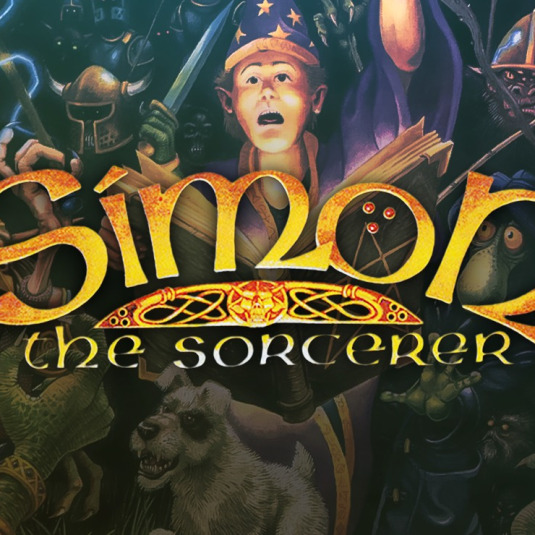 One of my earliest memories was when I got an NES back in 1988. My sister and I loved that thing. Together, we annihilated the original Super Mario Bros./Duck Hunt cartridge. We power-blasted Mario 2 and Mario 3. We tag teamed Bubble Bobble with a vengeance. And come 1992 when I got the Super Nintendo for my seventh birthday…forget it. I never left my house again.

But from 1994-1997 my family moved to Israel and toys stores touting the hottest games were no longer in sight. I was away from all the exciting Nintendo and Sega commercials, showing me how to be my most radical self. Because out there, no one played Nintendo.

Or consoles of…any kind. Except that one rich family in the neighborhood with the Genesis and no games.

Not to say kids in Israel in the mid-90s didn’t game. They just did a lot of that…going outside…on your bike…unsupervised…and like…socializing. But the games that existed were primarily PC games. And loads and loads of multipack 3.5-inch floppy discs. The hard plastic ones. Not the floppy-floppies. Between hordes of random discs loaded with demos and some unique methods of gameplay that didn’t involve consoles or computers, my American sensibilities were delightfully overloaded.

But when I came back from Heeb-land and tried to discuss my newly occurred gaming experiences, no one except for my sisters had any idea what I was talking about, like when I started gushing over… Simon the Sorcerer was a Point-and-Click style adventure game made by Adventure Soft in 1993. And oh, by all the gracious fucks in hell, was I in love with this game. Let me preface this story with a quick anecdote. So, my Dad is the kind of guy who just…comes home with things. Your Dad might be like that too, or maybe it’s just a foreign Dad thing. But for real, anything from a random dog, to rabbits…bikes and tractors from who knows where. He just procured things. And when my Dad came home from work and just dropped a stack of 3.5 inch floppies on the computer desk, you didn’t question him.

I stuffed this cartridge into our 1995 whatever-the-hell computer and booted up the DOS screen. Of all the games with random, irrelevant sounding titles there was one titled C://SORCERER. So, I booted it up. And what I got changed my life.

Only except for English wording (or Spanish in the case of this particular YouTube video) the text was all in Hebrew…which I couldn’t read. So I had no idea that it said Simon H’Machchev which translates to Simon the Sorcerer. Therefore, I (for whatever reason my ten-year-old self decided to do) named him Kevin. His name was Kevin. And he was my boyfriend. And he was funny as hell. With a British accent. Ten years old or not, I knew that was sexy. Later in life, I found out that Simon was voiced by Chris Barrie, Arnold J. Rimmer of Red Dwarf fame, which is one of my favorite shows. And Rimmer is my favorite characters. Maybe it’s because that voice was embedded in my head right before puberty and my perversion really set in. Doesn’t matter. Because I loved that game.

It’s a legitimately amazing fantasy game. A boy is sucked into a book. He finds a note from a wizard named Calypso that he needs to become a wizard and save the world from an evil wizard name Sordid. So, you collect a bunch of items, meet some crazy characters, use the objects in the right order. And bam- Wizard stat achieved.

4) Hugo the Troll (and other European Phone Games)

Hugo the Troll was one of those hugely popular franchises that was so painfully European that I couldn’t help but turn my snarky, sanctimonious, Japanese game loving American nose up at it. Everyone in my school in Israel had Hugo fever and just thought this damn game was the hot jam. So, I asked myself, while trying not to electrocute myself as I attempted to jam my squared off American NES power plug into some gnarly, rounded Israeli outlet. If I wanted to play this Hugo game that all of you are crapping pants over…how would that be accomplished.

Every day, for 30 minutes on Arutz Ha’Yeledim (The Children’s Channel) you could watch some sucker trying to play this game over the phone. You didn’t actually see them pressing buttons, but more like you heard the show host talking to whatever called connected, then see the screen as the player tried not to die. Really, the footage looked exactly like this.

Yup…it’s more or less the epitome of a European franchise. I don’t mean that in an insulting way. They flavor and sensibilities are just…different. But if the phone player got to the final screen in Hugo, you’d fight against a super sexy witch named Grizzelda…and I really liked Grizzelda. Because she had long, wavy black hair, bedroom eyes, and…

Leave me alone, she was exciting.

But Hugo wasn’t the only phone game bopping around the Israeli cable networks. Via satellite television, you could also get a German channel where kids called in to the TV station and play Super Mario World over the phone. Badly. As someone who had mastered (mastered!) Super Mario World with the 96* by 1995, watching this show of German kids playing over the phone consistently unable to pass even the second level in the first world, Yoshi’s Island, kind of crushed my insides. And by “kind of” I mean you know…completely.

I swear, I’m one of like five people who have played this game. And no, I’m not bragging for “cool and obscure” points. It was kind of a shit heap. But to me in 1995, it was a fascinating junk heap, and I played it for hours. The premise, taken from Moby Games: twins Jennie and Tom were having a “pleasant frolic through the forest”, until they came across a strange, unknown path… and were ambushed by a pair of goblins. The two mischievous creatures won’t tolerate any twins in the forest other than themselves, so they hatch a wicked plan to separate the children. Here, the player takes control of one of the siblings (either Tom or Jennie) as the other is abducted by the goblins. It was a Point-and-Click geared for very, very young children (and I tell you, I was already beating Donkey Kong Country 2 with all the secrets) I played this game repetitively for one simple thing.

It was dubbed with South African accents. And that wasn’t on accident. Back in the mid-90s, there was a huge population increase in Israel from English-speaking countries. A grip (yes, that’s a quantitative amount) of American, Canadian, and British citizens poured into the country for reasons I’ll never understand because I was a kid in the mid-90s and I’m still bitter that the whole thing happened. But included in that population burst were South Africans. Rich, white Jewish people living in Africa with these kick ass accents that sounded like a British/Australian hybrid to my ears. I couldn’t get enough! Sadly, once my family and I came back from Israel, no one understood my joy. And no one had ever heard of this game.

But at least my friends have eaten South African peri-peri hot sauce.

It’s funny how nostalgia works. Especially when it’s not America or another Western area. Because here, I can think of a commercial I think I saw when I was like, two and my brain was just starting to make memories, and some jerk on YouTube made a video compilation. Like, I can think of the Heinz Ketchup and Onions commercial that got caught on the VHS from when my parents taped It’s Your Homecoming, Charlie Brown and if I look hard enough on that damn internet, I can find it.

But in a country like Israel, early media is just gone. And that’s exactly what happened to these amazing Vera the Cow games. There were four of them total, if I recall correctly, and these 3.5 floppy discs were packaged along with a chocolate bar. Vera was the mascot. She walked to the right, 2D platform style. She moo’d and jumped and collected her own brand of chocolate bar, floating in the air. It was the closest thing I came to playing a Mario-style game out there in Israel, and they were a lot of fun!

Until the discs inexplicably corrupted and the games just gave up a few minutes in. What was that? I feel like somewhere in the stack of weird games my Dad brought home, there were a bunch of them that just gave up in the same way.

But if anyone else ever played those strange, random Israeli chocolate bar games, you’re not alone. I remember them, too.

With all the cheats unlocked.

The first South African friend I ever made in Israel was this girl name Jade. She had two older brothers, one in Jr. High, and the other in High School. I liked playing Barbies with her because making up stories for them was my jam. One day while we were over at her flat, her brother was sitting on the floor (face in front of the TV) and he was playing Super Mario Bros. 3! I screamed internally- it was my game! The one I wasn’t able to play anymore because I couldn’t plug my consoles into those damn H-type circle plugs! But the writing on the screen, something was different. It was raw Japanese!

I awkwardly peeked around the teenage boy I was insanely intimidated by (remember, I come from a family of five girls. I didn’t know how to boy) and took a good, long stare at the console he was playing. It’s like understanding that you can open a door and you come out of the floor in a different room. That sometimes, up and down are arbitrary. That beautiful for you is the bane of someone’s existence, and exclaimed “Oh my god, there’s avocado in it!” doesn’t have the same connotation to everybody.

But that’s when you first start finding your place.

“Do you play?” Jade’s brother asked.

“Yeah I do,” I said, grabbing the controller. “Careful in the castle there- if you die, it flies away to the other side of the map.”

No one. Could ever get. The FREAKIN’ anchor.

But this teenage boy on his bootleg Famicom system could. With a few button taps, he went to a secret menu that definitely wasn’t on my busted old American Nintendo. There I saw all the hammer suits. Tanukis. Leaf power ups.

And that freakin’ anchor.

It was a day where magic happened for me. I saw something new and exciting in a game that I’d played backwards and forward. On a strange, obscure system that I’d never seen before. I been to a place where the impossible happened! I’d wallhacked through a vortex into the great unseen where flowers smell like chocolates and dogs do your homework.

And while all my friends back in the states were arguing over what was better, Mario 64 or Banjo Kazooie, I was in a foreign country. My video games were a beacon of hope. In these games, I escaped. In these stories, I imagined a better future.

And you know what?

I still play my Simon the Sorcerer CD-Rom to this day.