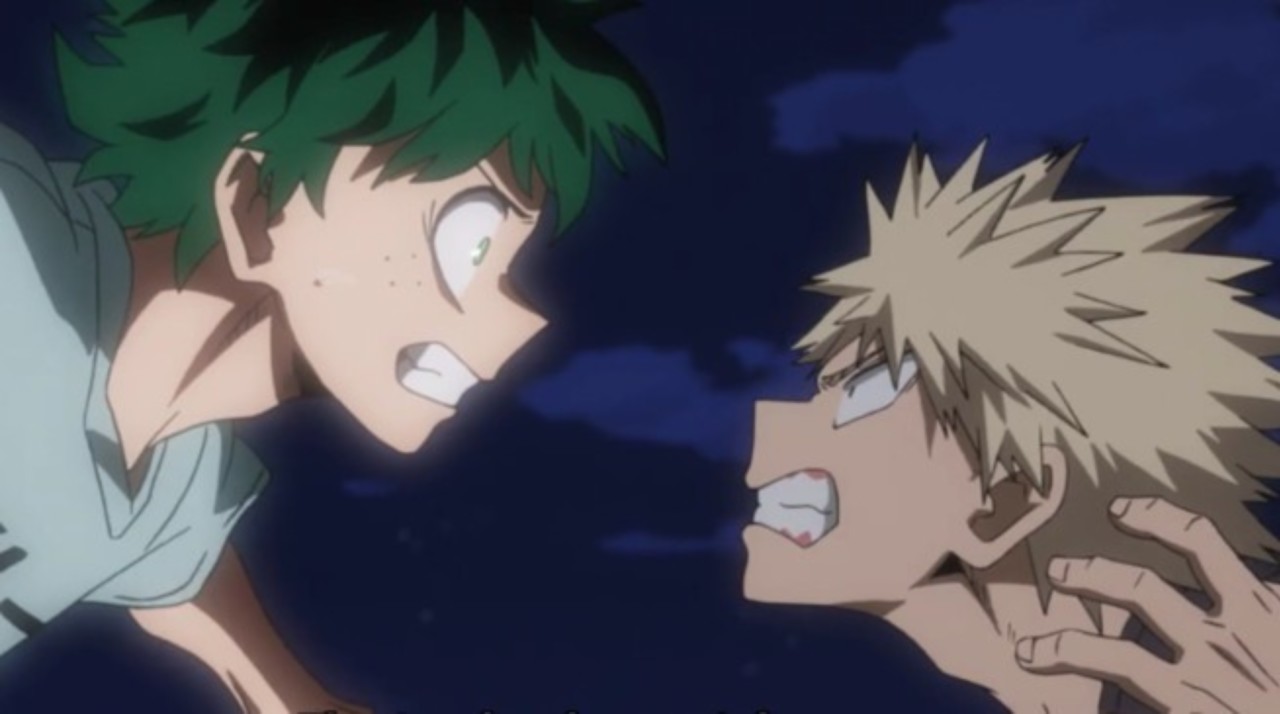 If you haven’t been keeping up with the series I advise you to catch up before you read this.

If you have been following the anime adaptation of My Hero Academia then you know about all the shit that just went down with All Might and All For One. After kidnapping Bakugou, the Hero’s/and Hero in Training students went on a mission to get him back. All Might and All For One headed off in a pretty intense battle that left All Might at his weakest. His alternate form was finally released to the public and the Symbol of Peace gave a final statement. Looking at the camera he told the people it was now their turn to keep the city safe and basically that they would have to step it up.

Izuku cried like a little kid, as per usual and Bakugou just looked at him. Bakugou has been suspecting for a while now about where Izuku got his powers but finally in this last episode confronts him about it. The clues were there and the fact Izuku straight told him “I received this power from someone else” was a big factor. That and how All Might mentors him so closely.

We got a scan of a blurb that was put out in a magazine and then tweeted by Sebz @famouslyalone. 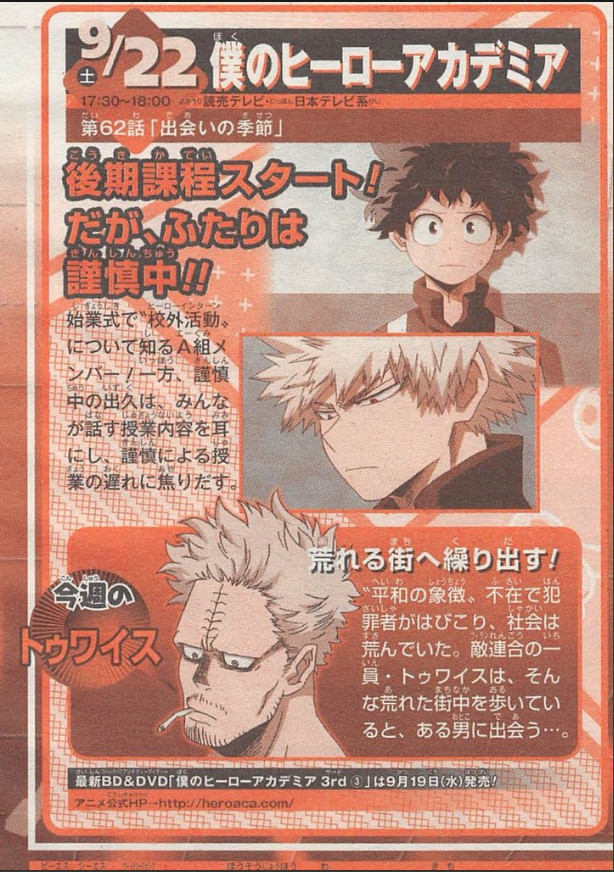 My Hero Academia, episode 62, “A Season for Encounters”

The Second Semester Begins! But Izuku and Bakugou are Under House Arrest!

The Class 1-A learn about Hero Internships during the opening ceremony. Izuku, who is under house arrest, learns of the curriculum from his classmates and worries he wouldn’t be able to catch up.

This Week’s Twice: Heading Out Crime is rampant with the absence of the Symbol of Peace. Twice, a man from the League of Villains, meets a certain man in the chaos…

— Filipinos not Welcome in the Translation Industry (@fabulouslyalone) September 13, 2018

Sebz goes on to say in the thread: With the summer anime season ending on October, any greenlight for season 4 may come either by the season 3 finale (September 29th), or some time afterwards.

With the face off of the two characters in the last episode and there being one more left in the season, it looks like we get to see an epic stand off with Izuku and Bakugou in the next episode.

Are you keeping up with My Hero Academia? Tell Nerdbot in the comments or tweet @bremoonprincess to chat about it!

5 Video Game Bands That Will Rock You into Battle Mode

Twitter has Agreed to Elon Musk Acquisition Offer of $44 Billion

Heath Andrews Apr 25, 2022
Well, it's official, and it happened faster than many of us thought; Elon Musk has reached an agreement with…
Movies & TV

Alex Kurtzman Reflects on his Biggest Failure- “The Mummy”…

Prev Next 1 of 2,617
Get the Latest News
Latest Videos
More Stories

10 Best Romantic Anime To Start Someone On