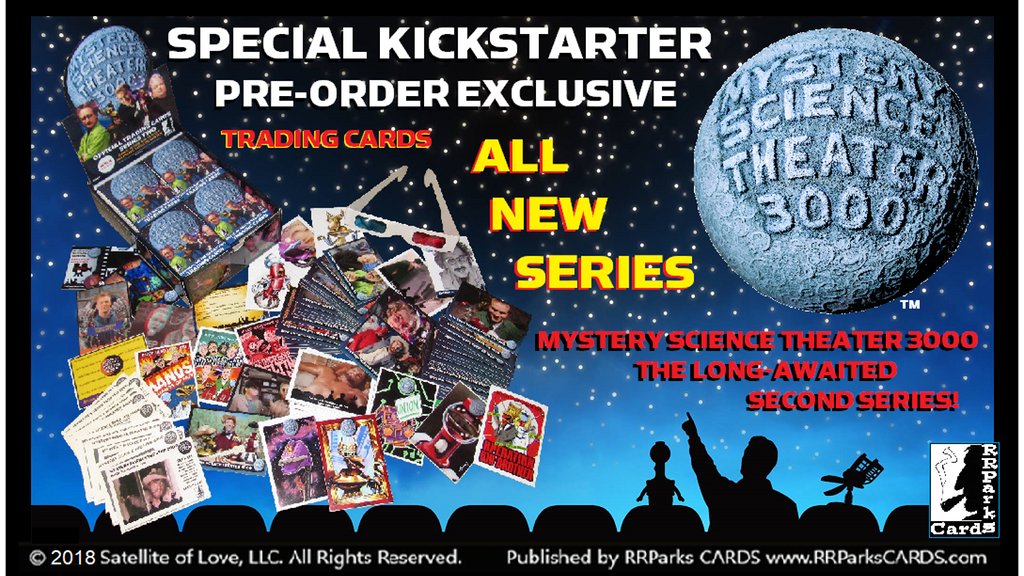 We truly live in a glorious time. Mystery Science Theater 3000 is one of my longest running fandoms. I remember when we used to have to buy ill-fitting shirts, blown out posters, and CDs which I hope Joel Hodgeson burned on his own computer. But now, not only is there an amazing amount of new merchandise on the shelves, but the MST3K crew knows that crowd-funding is the way to go with this incredible series. As many of us know, when the rights to the show reverted back to Hodgeson, a modern day miracle happened that lead to Season 11 of the show (which found its home on Netflix). Since then, MST3K has found a whole new world of fans ready to eat up everything that its willing to serve.

Most amazing about this card set, which still has 27 days left on its campaign and far exceeded its original goal of $2,500 is the fan involvement. Incredible artist Jaime Hitchcock, owner of ‘Mystery Scribble Theater’ actually created some of the designs in the card set! It’s amazing how wonderful the MST3K crew is to their fans and how they let us in on the magic! 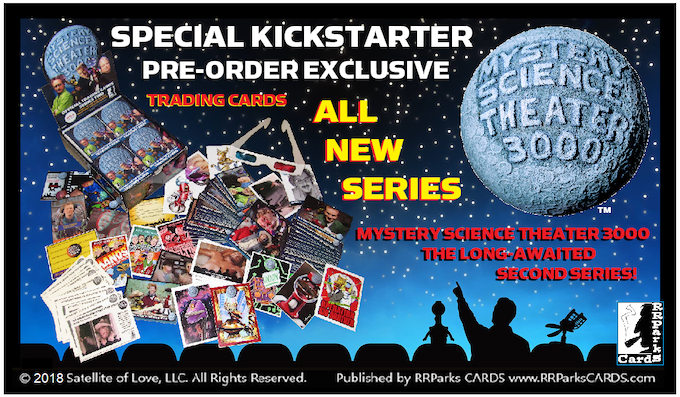 From the Official Kickstarter page:

Mystery Science Theater 3000 Trading Cards Series Two is COMING! And SOON! Current plan is to have the series released late in October. And Series Two picks up right  where Series One left off. While the first series of MST3K Trading Cards’ base  sets covered the Invention Exchanges and Experiments of the first three seasons,  this second series covers original seasons four, five, six and seven… PLUS a  special subset covering the KTMA episodes. Series Two sees the end of the Joel  era and the start of the Mike Nelson era … the end of the TV’s Frank era and  the start of the Pearl era. As with MST3K Trading Cards Series One, all episodes  (invention Exchanges and Experiments) are covered.

The  entire second series is designed and already through the approval process and  heading right into printing production. And as we did in the first Kickstarter,  this Kickstarter includes exclusives available ONLY for backers. This pre-order  campaign runs from September 1st through September 30th.

For a complete report of everything coming out with this set, you’ve got to visit the Kickstarter page. You can see more cool Mystery Science Theater 3000 inspired art from the card set below! 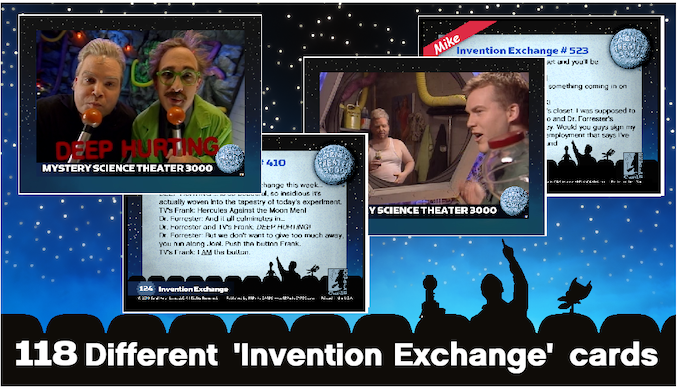 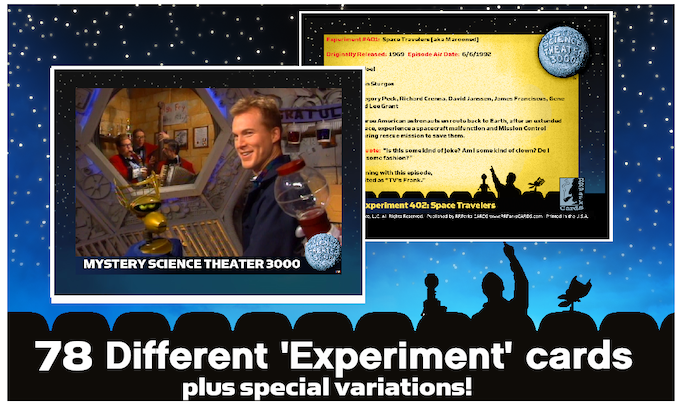 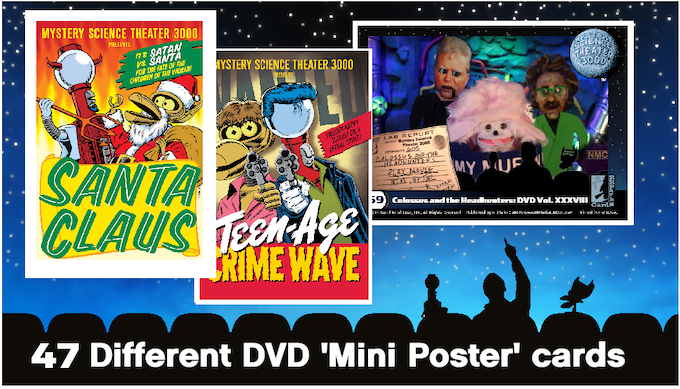 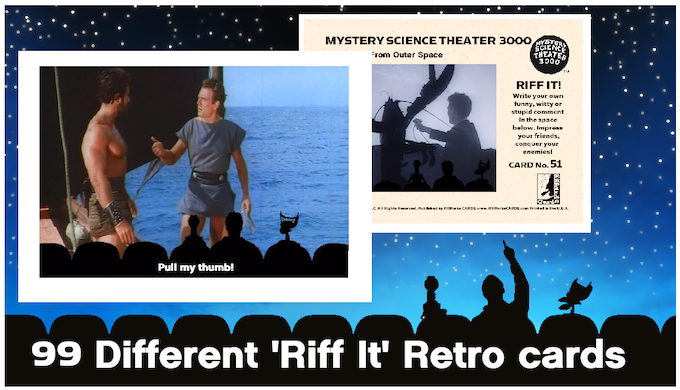 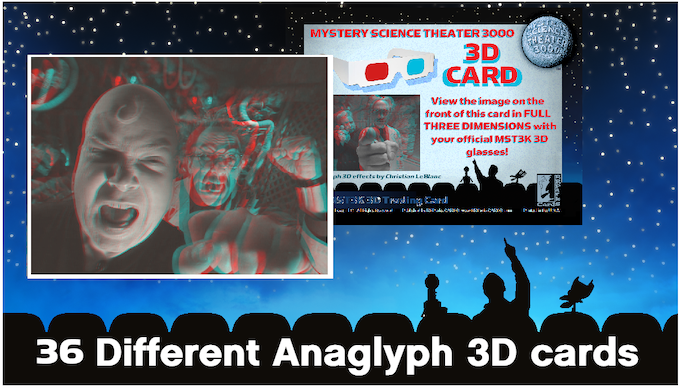 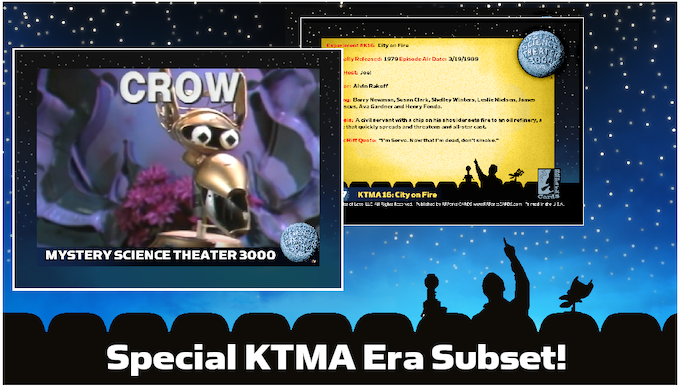 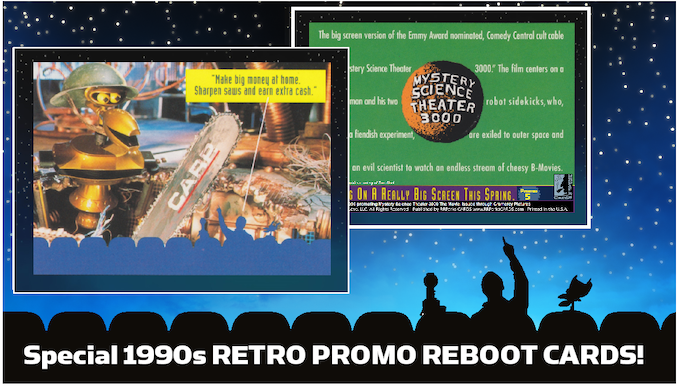 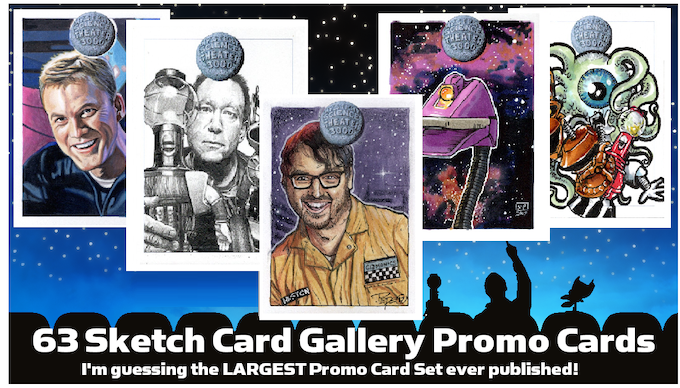 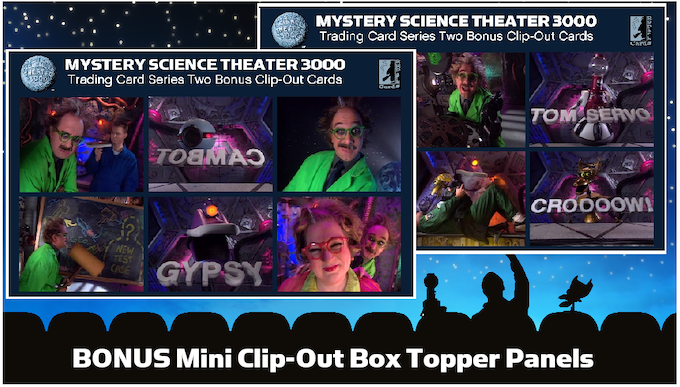 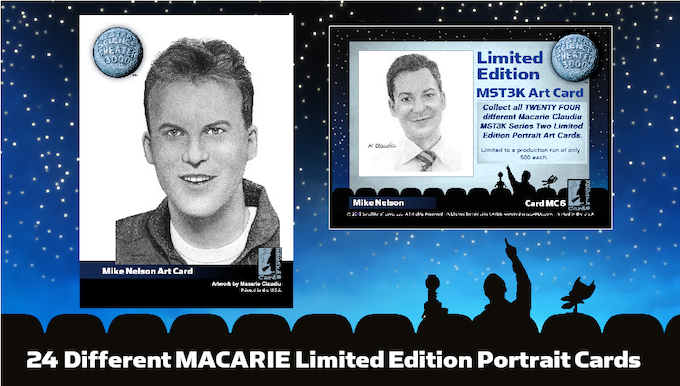 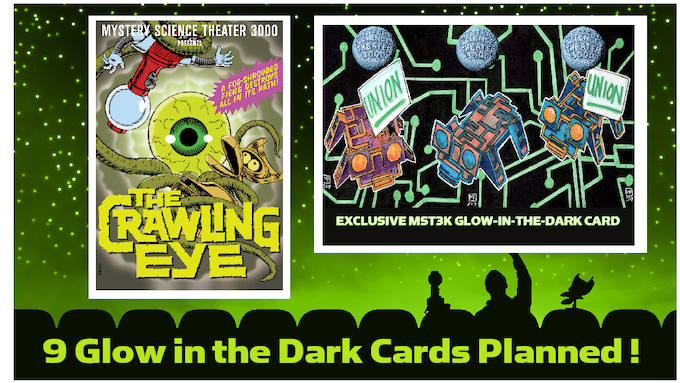 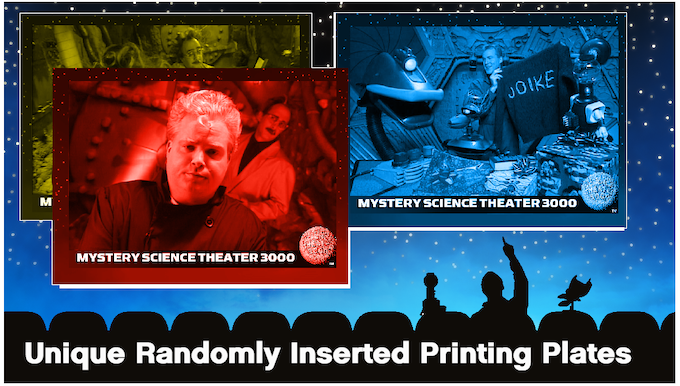 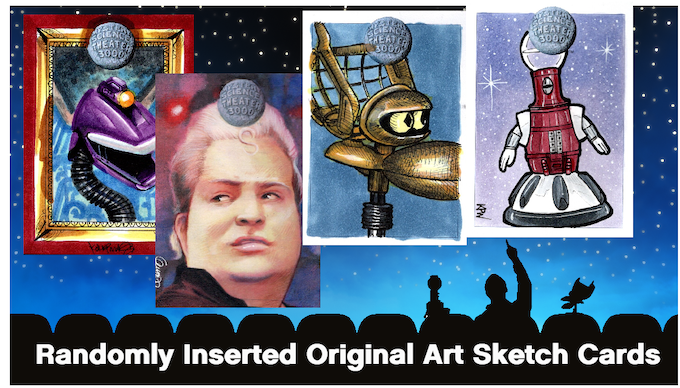 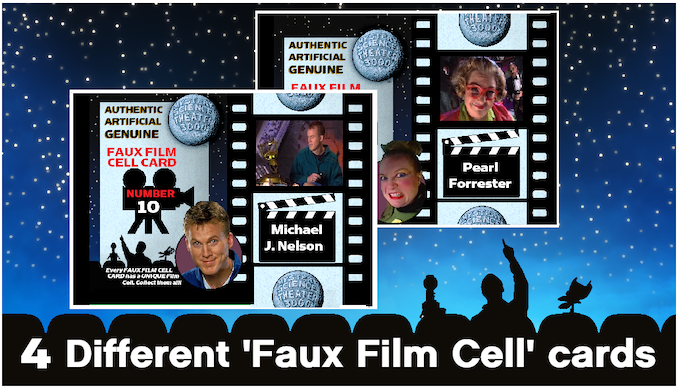 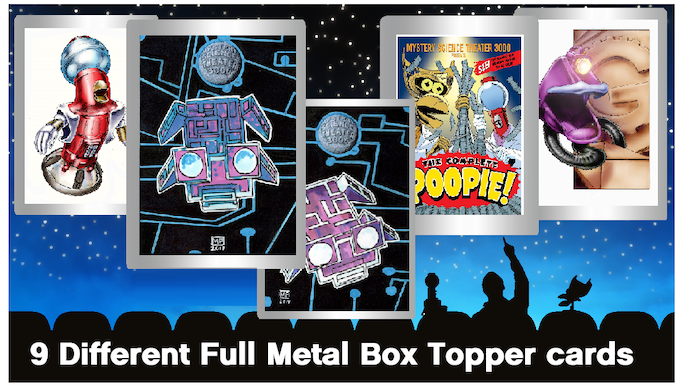 Are you an MST3K fan? Are you excited for this awesome set of trading cards? Tell Nerdbot about it in the comments!