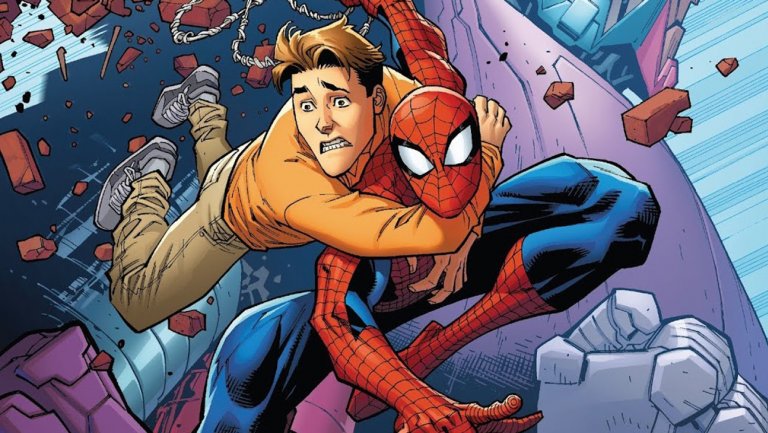 Comicbook.com reports that a recent issue of Marvel’s Spider-Man contained artwork that was offensive to the Mormon faith, and Marvel and the artist have now responded.

For context, issue #4 of Amazing Spider-Man has a scene where Spidey is shown with a number of endorsement logos on his costume. One of these contained the words CES Letter, which was a reference to a book of the same name that takes issue with the faith, and Marvel has now scrubbed that logo from the page for all future editions of the book (including digital) and has also removed Ottley’s other logos on the suit and replaced them.

“The art reference in Amazing Spider-Man #4 was included without awareness by Marvel of its meaning,” Marvel told THR. “As a policy, Marvel does not permit hidden controversial messages in its artwork. The reference will be removed from all subsequent printings, digital versions and trade paperbacks.”

Ottley also released a statement, explaining that it wasn’t mean-spirited.

“I’ve spoken with Marvel about my recent artwork, and I have no animosity toward members of the Church of Jesus Christ of Latter-day Saints,” Ottley told THR. “My entire family are members, as are many of my friends, and I would never include anything mean-spirited about them or their beliefs. The reference was in regards to a subject I am interested in and a personal decision I made in my life. It has nothing to do with the character, the story or Marvel.”

The digital edition of the issue has already been updated, but fans can pick up the revised print version on September 19th.

We smell a collector’s edition!