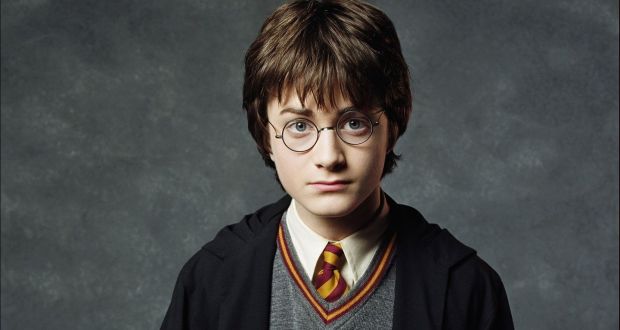 Harry Potter – The Sword in the Philosopher’s Stone

This is a “Nerd Voices” contribution by Nerdbot reader Rachael Brennan. Follower her on Twitter!

I’m here to tell you the story of an orphaned baby boy, taken to live with people who don’t really want him by a wise old wizard. Don’t worry though, after years of being treated like a second-class citizen the wizard comes to get him again when he turns 11, offering him a magical education to prepare him for his destiny. Which story is this?

If you said Harry Potter, you’re right! If you said the story of King Arthur, you’re also right!

The Harry Potter series and the story of King Arthur were bound to have some similarities. Both stories involve castles and magic set in Britain, so obviously there would be some things that were the same.

But if you scratch the surface of the Harry Potter stories, you will all but be able to see the cover of T.H. White’s The Once and Future King. While the stories don’t follow the exact same path, they are similar enough that it wouldn’t have been surprising to stumble upon a Questing Beast during detention in the Forbidden Forest.

If we look at the main character in each story the similarities are immediately noticeable. For example, both the Dursleys and Sir Ector treated their own children better than their wards, including offering them a better education, albeit one that focused on aggression.

But when the young orphaned boy in each story began his magical training, he discovered that his education was significantly better than anything he would have learned elsewhere. Arthur learned most of his lessons through transfiguration, being turned into a number of animals to learn the ways of the world. Harry Potter used Polyjuice potion to transform into different people, but transfiguration played a large part in his education as well.

Whether being turned into a fish or facing a boggart, both boys learned a tremendous amount from their studies, so much in fact that they managed to free the sword from the stone!

Scratch that, Harry Potter actually found the philosopher’s stone. Which was stuck in a mirror. That protected it from anyone who wanted the power it could give them. And could only be taken out by someone who wasn’t searching for power. That sounds familiar…

Hmmm…why does that sound so familiar? After Arthur and Harry pull their sword/stone out of the stone/mirror, their long-haired wizard friend returns from a brief absence to explain exactly why they had the ability to do this impossible thing.

Each of them even have a magical bird friend, with Archimedes the smart-alecky owl there to support Merlin and Fawkes the phoenix to keep Dumbledore company. Lest you think beards and birds are the only things they have in common, they both meet their end in similar ways. Dumbledore is killed by Snape, a former student and good friend. Merlin, on the other hand, is killed by Nimue, his good friend and former student. Sure, Dumbledore wasn’t in love with Snape and didn’t get trapped in a cave, but otherwise the situation is basically the same.

But that is where the similarities end, right? I mean, at that point King Arthur went off and assembled the knights of the round table to help stop the violence in his kingdom. Harry Potter never did that, did he? Oh. Well, what about Lancelot and Guinevere? That is a huge part of King Arthur’s story and at no point does Harry’s best friend have an affair with his girlfriend.

Well, that’s true. But the main three characters still share a tremendous amount in common. The CliffsNotes character description of Guinevere in the original Le Morte d’Arthur says, “Guinevere encourages moral and chivalrous behavior from the knights, and she dearly loves and is loved by both Arthur and Launcelot.” Encourages moral behavior? Is loved by both men? Sounds a lot like Hermione Granger if she hadn’t found out she was a witch, don’t you think?

Remember when Hermione was so upset because Lavender Brown started dating Ron, even though Ron was single at the time? Lancelot had Elaine, a woman he met while out on a quest because he was trying to avoid a romantic relationship with Guinevere. They had a brief relationship that ended badly, sending Lancelot into Guinevere’s waiting arms. He didn’t say her name while lying unconscious in the hospital, but for all intents and purposes he might as well have.

Later in the story a spell causes Lancelot to lose his mind and he jumps out of the window, leaving no way for his friends to find him. Ron doesn’t exactly jump out of a window, but he still manages to disappear for a good portion of the Deathly Hallows because of the curse on Voldy’s soul locket.

In the end, both of the villains amass an army and bring a war to the castle to take power for themselves, Mordred to destroy King Arthur and Voldemort to destroy Harry Potter.

While J.K. Rowling obviously had other influences, Britain’s most famous legend is clearly visible in the architecture of her story.