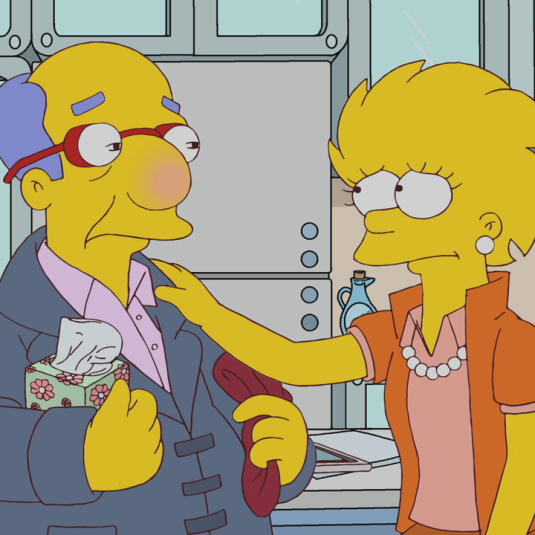 Ah love. It makes you smile. Makes you blush. You imagine a field of lilies or daisies or whatever and running in slow motion towards your chosen. And after several hours of efficient Swedish love making, you wake up, eat croissants, and go to work, dreaming of each other all day. And then, when you meet again, you entwine your fingers and sing from your hearts.

Except sometimes, it doesn’t work that way. Sometimes your hearts ain’t singing the same tune. And sometimes you don’t want to entwine fingers, because you don’t want to think of where they have been. And sometimes, and this is the one that breaks my heart- even efficient Swedish love making can’t fix it. Sometimes it isn’t meant to be. And it’s better that way.  Because even when you wish life was a sitcom, you have to scream “NO.NO.NO”. And pour seltzer over whatever fireworks may have thought they could dare to shoot into the sky.

I am going to boil these down to basics. Not the eventual beautiful possibilities. Just what you may have to say before

Basically, from word go, the word should be No. You get one Maybe.

Ah the dream. You meet someone. You have all that one thing in common. A band, a show, a brand of hunting dagger. And you keep talking and get to know each other. You think “Oh this could work” whimsically, while the bluebirds and deer put on your clothes. And then the someone maybe tells you about something about the other night with someone. But you’re just listening to the oh so loverly tones of their voice. They mention a name, but the name doesn’t matter. Because you’re around the person. And you have made plans with the persons. Dreams almost. And then suddenly, one day, you’re blindsided by the fact that the person is with someone else.

How dare they? Where this come from? Weren’t we the best combination since windows and sunlight?!

This movie is a brilliant example of the way one person’s complete and utter obsession of a concept ignores reality. Tom thinks Summer is going to be the puzzle piece that makes his mosaic complete. Meanwhile, she is consistently telling him that after the initial moments, it’s not there for her. But he is convinced that if he fights and does all the right things, it will happen. If he hops over all the obstacles that is her, that is their relation ship he will have earned her.

Which is gross. People are not the last tick on your card to earn a free muffin. In fact, people aren’t muffins. Stop dreaming, start listening and when someone has bailed out of the plane of your relationship, stop waiting for a joint parachute drop onto the Eiffel Tower.

I think we should all collectively agree to rocket punch this person right in the throat. No more songs, no more maybe, just shut up and listen.

4) Spike and Faye from Cowboy Bebop

Bebop has an amazing fan following. And rightfully so. Great art, great story, music that literally lights a cigarette in your mouth. Well not literally. It implies it. When I was told to watch it, I refused, because YOU CAN’T TELL ME WHAT TO DO.

Ahem. Pardon me. Sometimes sixteen-year-old me takes control of my caps lock.

When I did acquiesce, I realized my mistake. I was astonished. Blown away. Another euphemism for liking something a lot! I ended up watching it a few times. And one thing always struck me.

Why do people expect Faye and Spike to be together?

I see it. I kind of get it. But, for the entire series, every time Spike talks about his past and his heart, it belongs to one person and one person alone.

He is infatuated with his past and that’s it for him. Each of them are very concerned about warming up too much and seeming too obvious. They take care of each other more and more as the series goes on. And yeah, they could work, in a dream world. But at the end of the day (and series), Spike makes a very clear decision. And she clearly makes hers in letting go. In the form of threatening to shoot him, and then not. And he goes on to do a lot of awesome shooting and grenade throwing. And wanting to be in his past.

If anything, they are just very affectionate. In the way that most good friends are. With explosions and spaceships.

This one kind of spells it out. But, we can always speculate and dream a little.

3) Wolverine and Jean Grey from X-Men the Animated Series

Oh, that X-men Cartoon. The mere mention makes you hear the theme in your head.  And then you think of the quintessential couple, Cyclops and Jean Grey. Always together. The end all be all.

Except for when Wolverine is involved.

Cyclops plays by the rules so much, he is annoying. Why not date Wolverine? He is cool. He is loyal. He has a tragic mysterious past. Doesn’t he deserve some efficient Swedish style Phoenix lovin’?

Because as vanilla as Cyclops is, he remains in control. You may not like him, but always tries to do the right thing. Logan? He will punch someone out of rage. He will cut the roof off your car if he is sad. He will jump out a window because you do not have the cereal he likes.

At the end of the day, Cyclops will do right by you. Logan will no question, lose the security deposit of not just your apartment, but of life.

2) Veronica and Logan from Veronica Mars

Ah, to be a teenage sleuth. Figuring out your best friend’s death, which is obviously a murder. While figuring out that, to solve a few dozen little cases along the way. And to fall in love with the rich jerk who is constantly getting in your way, making your life more and more difficult. You know the one who mocked you, had your car vandalized, socially ostracized you.

Wait. Wait. Why would you do that last one?

This seemingly plays into the really dumb “In grade school, if a boy pushes you into the mud, it means he likes you!” rational. Except if the boy in question is super rich, super douchey and almost never apologetic.

Well and then in response, as opposed to walking away, you hide drugs in his locker to get him kicked out of school and actively antagonize him.

Here’s a hint; If your only way of showing affection is actively attacking each other, stop it. And yes, I know canonically, they end up together. But that’s a relationship that is rife with sniping and traps.

1) Lisa and Milhouse from The Simpsons

Let’s treat her with the gravity she deserves (and Yeardley Smith for making us feel for so long.) But for a while, for some of us, she was the one. The one cartoon that told us way back when that sometimes you have to question the system and play your own music. Lisa Simpson was the poster child for not being like everyone else, even when it makes you sad. And when she gets to make people feel better, it’s the best! You root for Lisa.

You may whisper Bart.

You may somehow want Maggie to shoot someone.

But you want Lisa to succeed.

But let’s answer the doorbell.

Bart’s friend and obsessed with pleasing him and marrying Lisa. Those are his defining personality traits.

So why is it in almost every possible future the show presents us with, they are always together? She’s president, he’s on her staff. They end up married. Or at least referenced to being involved. It doesn’t really make sense. She’s great and he’s…Milhouse.

It’s rather telling that “Everything’s coming up Milhouse” refers to just a basic thing going your way. He’s happy with a flood stopping at his ankles.

Lisa shoots for the stars. She wants more than what is presented. Even if sometimes it’s pulled out from underneath her, she dreams another dream. It’s always for the better.

They would never work as a couple. A pilot *unnamed network* like *years ago*? Perfect. But there hits a point where Sisyphean tasks cannot happen. And these are them.

And once I start going Greek Mythology? I have been talking too much. Unless it’s about monster people on islands, and you KNOW I CAN……

Right. *Ahem* Yeah, those chips are over there…