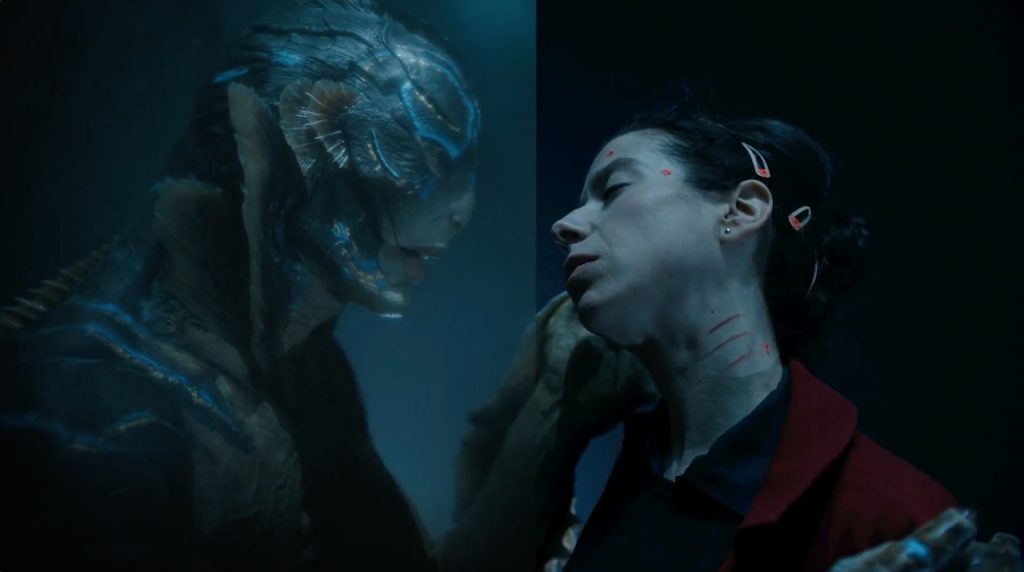 Deadline reports that a federal judge has dismissed with prejudice a lawsuit filed by the estate of playwright Paul Zindel accusing filmmaker Guillermo del Toro of appropriating plot elements from Let Me Hear You Whisper in his Oscar-winning film The Shape of Water. The suit was filed and fanned for maximum publicity on the day that Academy voters began filling out their final ballots for major category nominees, this after an ask for a settlement was rebuffed by Fox Searchlight. The film won four Oscars anyway, including Best Picture and Best Director for del Toro. The copyright infringement claim, filed in February in U.S. District Court in Los Angeles, alleges del Toro “brazenly copies the story, elements, characters, and themes” from a work by Pulitzer-Prize-winning author Zindel’s 1969 play, which describes a lonely janitorial cleaning woman who works the graveyard shift at a scientific laboratory facility that performs animal experiments for military use. There she becomes fascinated by a fantastic intelligent aquatic creature, held captive in a glass tank. When she learns of plans to kill the creature, she liberates it in a rolling laundry cart and releases it at a dock that feeds into the ocean.

Del Toro emphatically denied the allegations, and defended his film and his own integrity in a Deadline interview.

“I have never read nor seen the play,” del Toro told Deadline. “I’d never heard of this play before making The Shape of Water, and none of my collaborators ever mentioned the play.

“I have been at this 25 years and have an unimpeachable reputation,” he said. “I have always made it an element of my career to talk about my influences in every single movie I have made, in the comment track of DVDs, on Twitter, in my museum exhibitions. I have been open about the things I love, and I have had no problem discussing them and how they were transformational in my movies. This 25 year trajectory should come in handy. I have written or co-written about 24 screenplays. I am a writer/director who has generated TV series, books, movies and an enormous amount of screenplays through the years. Without a single complaint.”

Fox’s attorneys similarly argued in court papers that “the works are completely dissimilar.”  The play, they argued, is a straightforward story exploring the evils of animal experimentation, in which a cleaning woman in a small lab convinces a dolphin to talk — thus preventing its extermination by scientists. The film, by contrast, is “a decidedly adult meld of genres” that includes a romantic and sexual relationship between Elisa, a female janitor who doesn’t speak, and a humanoid amphibian with god-like powers.

“Any “similarity” between these vastly different works derives from the non-protectable idea of a relationship between a person and an animal (in the case of the Play) or mythical humanoid creature (in the case of the Film) that scientists wish to kill and/or study and experiment on—an idea that has previously been the subject of numerous films, including Free Willy, Starman, Splash!, Project X, and E.T. the Extra-Terrestrial,” wrote Edward K. Lee on behalf of Fox.

The court agreed with Fox’s interpretation.

Enter The Dragon is Getting a Remake by Deadpool 2 Director