I’ve somehow managed to see Weezer in concert three out of the last four years and each time I’m surprised at exactly how great this band has become over the course of my life.

What’s unusual about the most recent Weezer show I’ve attended is the heavy felt deja vu that struck me the moment the lit up flying “W” dropped down from above. I’m fully aware the spoofed Van Halen decoration is as synonymous to the band as Rivers Cuomo’s glasses but I can’t deny the sensation telling me I’d been here before. Turns out… I was at the same venue (Blossom Music Center, Cuyahoga Falls, Ohio), in almost the same seats, over twenty years ago seeing the same band.

It was June 28th 1997, Weezer was opening for No Doubt on their Tragic Kingdom tour. If you want to feel old, back then they had only two albums out; The Blue Album and Pinkerton. I’ve always wondered how many of those who prefer Pinkerton over The Blue Album have had that opinion since day one? But that’s a whole other discussion altogether.

I don’t know about you but there’s not much I’ve carried with me for over twenty years. However, my Weezer fandom has lasted literally a person who is able to buy beer, in America. Sure the bass player doesn’t take his shirt off anymore but who really cares? Rivers Cuomo takes the stage like a jacked Rick Moranis then for ninety minutes is an unparalleled master of show. It’s even more surprising when you’re at song seventeen and you’ve known the words to everyone of them, including the covers. 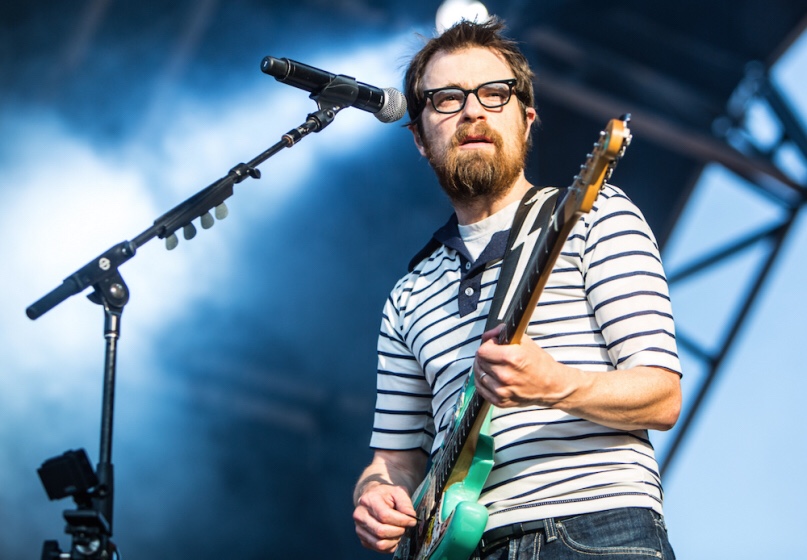 Yeah… Rick Moranis who has been pumping iron.

How many bands have you been going to see for twenty years? I twisted my ankle playing basketball three weeks ago so I’ve really felt my age lately. Here’s something to think about… if you’re able to remember a concert you saw when you were younger, what do your memories look like? I mean the images themselves. Are they in high definition? What specific details come to mind?

When you get to the point when you’ve been seeing a band for twenty years, it’s interesting what the brain chooses to hang on to.

Back to Weezer, their greatness isn’t measured by Billboard chart dominance, but by longevity. You could see Say It Ain’t So live, then immediately rock it out in your car on the way home because that’s just what you do. You’ve been singing it forever. 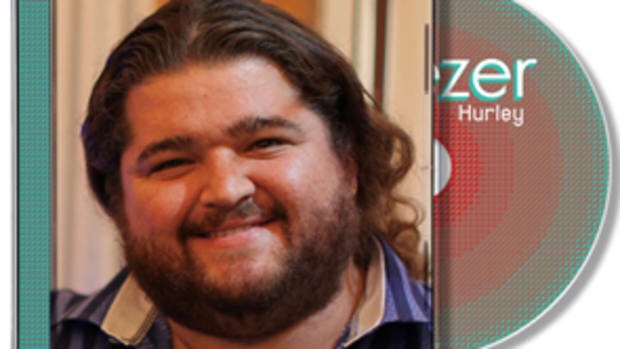 What you see above actually exists; a Weezer album called Hurley. Calling all Lost fans…

The concert overall was consistently entertaining. Head to Setlist.fm to see what they played. It was hit after hit, a couple setting changes, a couple wardrobe changes, even some diet pyrotechnics. People love small explosions. As for the band, they get better every time I see them. Some of the quirky stage presences have been replaced by guys that radiate a confidence you’d never expect from the staple of Nerd Rock. They’re still on the road so if you’re looking for a great night out, I highly recommend a Weezer concert.

It’s weird, I never thought I’d ever view Weezer as rock stars but I challenge anyone who says they are not.

For me, the entire show came down to a mere ten minutes when they busted out a fan favorite deep cut entitled In The Garage. It’s one thing to hear Buddy Holly, a radio song that’s been around forever, but when it’s a non-single, the moment really sticks to you. The second to last track they played was one rarely performed live, Across The Sea. I tried very hard not to cry. I’ve came to the realization that seeing both in concert is an experience I will never have again. There’s something about not having it again which makes what took place in Cuyahoga Falls even more special. 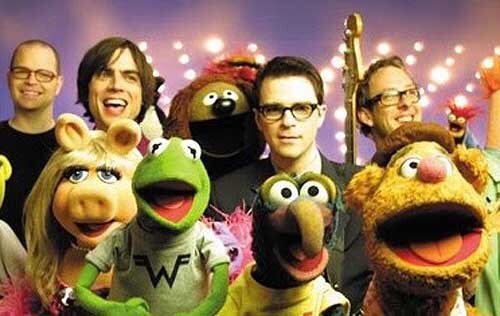 Even the Muppets love Weezer.

Here at Nerdbot, we cover music every now and then. Mostly when an artist does something specific to Nerd culture. But we do talk about nostalgia, and for some of us there’s nothing more nostalgic than hearing the sweet bliss from the soundtrack to our lives. When you hear Buddy Holly, what do you think about? Maybe a radio station that used to be around? Friday night MTV countdowns? Trying to spot that three seconds in the video where it’s obvious it’s not the Fonz getting his dance on? You know what I’m talking about 90’s pre-teens.

If we’re being honest, most of the “geek rock” classification comes from Rivers Cuomo’s appearance and Harvard education. The 1990’s Hollywood archetype we’ve seen all our lives. In today’s society being considered a nerd is different from what it used to be. But with our desire to assign a label to everything, geek rock is a category Weezer will forever define.

FYI – they don’t sing about math.

Does listening to Weezer make you feel nostalgic? Let Nerdbot know in the comments!!