07th Expansion is best known for creating Higurashi no Naku Koro ni, released as Higurashi: When They Cry in the US. The horror game takes place in a rural village called Hinamizawa, where a series of murders creates distrust and paranoia in a group of seemingly sweet young friends. The visual novel, currently being released in English on Steam by MangaGamer, also inspired two anime series and OVAs currently licensed by Sentai Filmworks, as well as a manga licensed by Yen Press. Its cutesy art style and horror elements lead to several character moments in the anime becoming a popular meme in the mid-00s.

07th Expansion also created Umineko no Naku Koro ni, or Umineko: When They Cry. In this murder mystery, a wealthy family is trapped on an island and succumb to a series of occult-like deaths. MangaGamer is also releasing the visual novel in English on Steam. It was also adapted into an anime as well as manga series, the latter released in English by Yen Press. 07th Expansion has also announced a new chapter for the Umineko story, to be released on a compilation  with all previous chapters titled Umineko no Naku Koro ni Saku. 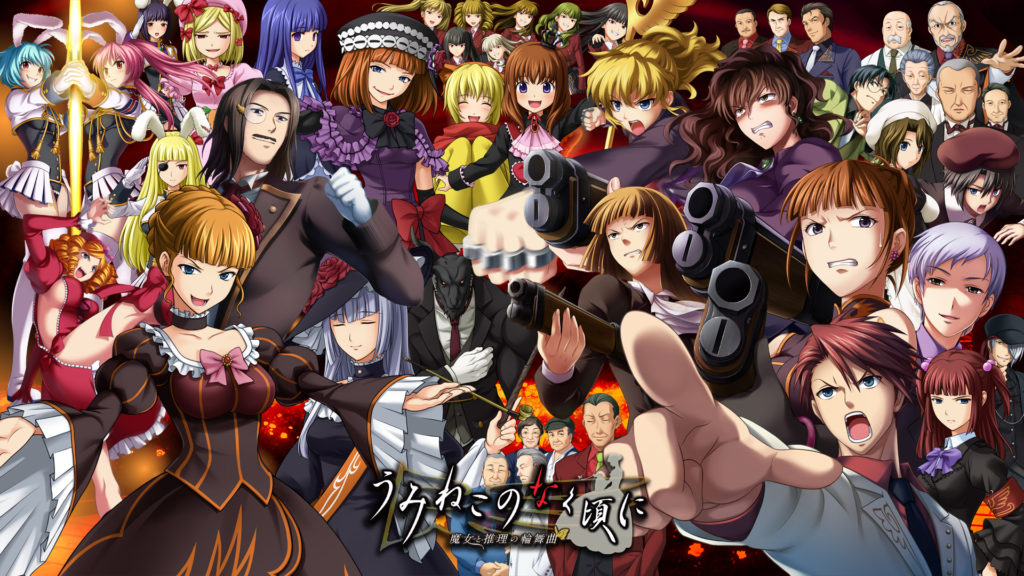 Besides the initial visual, not much else is known about the new When they Cry game, which was teased back in 2017 and is expected to be released this winter. But, if it’s anything like the previous two franchises in this series, we can expect a gorey, blood-soaked, and strangely emotional good time.

Mandy Oquendo is a cosplayer, artist, and pole dancer, which means that she's just about always covered in mystery bruises. She is pretty sure you cannot actually pronounce her last name, which is why she goes by "Mandy Quesadilla" despite not actually liking quesadillas. She does like coffee, anime, and her ugly cat. While she's lived in California for nearly a decade, she is and will always be a Florida Mandy.