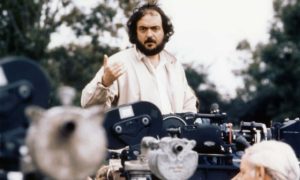 Reports from Variety confirm: A script co-written by Stanley Kubrick has been found by a British film academic who was researching the legendary director’s last picture, “Eyes Wide Shut.” The screenplay, “Burning Secret,” is an adaptation of a 1913 novella by Austrian novelist and playwright Stefan Zweig.

It was written by Kubrick and author and screenwriter Calder Willingham (“The Graduate”) in 1956. The story follows a mother and son on a holiday and a mysterious man who befriends the young boy in an attempt to seduce his mother.

According to The Guardian, it was known that Kubrick had worked on “Burning Secret” but not to what extent, or whether there was a completed screenplay. Nathan Abrams, a film professor at Bangor University in Wales, told BBC radio Monday that he was shown the 100-plus-page screenplay by the son of one of Kubrick’s collaborators, who wants to remain anonymous.

“It’s a full script: beginning, middle, end,” Abrams told BBC radio. “As to whether that was the final one, we can’t say.”

Abrams added that there was enough material to make a film, but “whether it would fit Stanley Kubrick’s vision, that’s a whole other matter….You have to add into the mix that Stanley only ever looked at a screenplay as a blueprint to which he then added his audiovisual expertise.”

Are you a fan of Stanley Kubrick? Which film is your favorite? Do you think one of his movies would still have his flair even if he only wrote and didn’t direct it? Tell Nerdbot about it in the comments and get the conversation going!