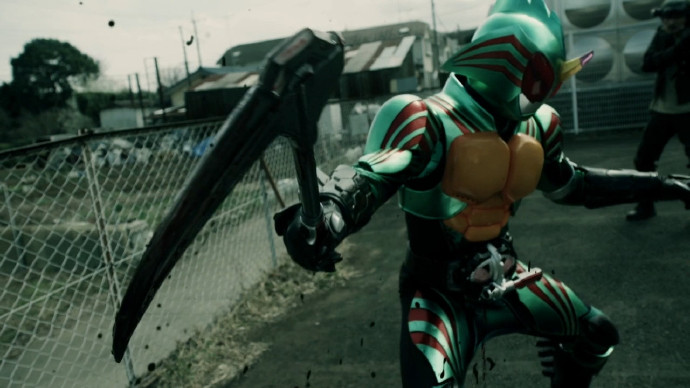 Everybody knows Power Rangers is awesome. It’s so flashy, so exciting, so…just for kids? At least, that’s how some people see it. We all have that friend who loves gritty superhero movies and can’t see past the one-liners and spandex in Power Rangers. But it’s like giving your cat new food: you have to ease them into it. Here are some hardcore and mature hero shows to get your buddies acclimated to Power Rangers tropes. 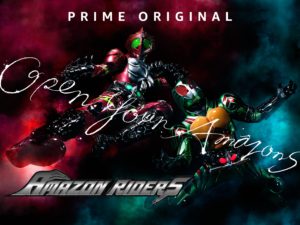 Kicking things off with a gory mess is Amazon Riders, a web-based reimagining of Power Rangers’ sister franchise Kamen Rider. Transforming into reptile creatures, the Amazons fight both genetically engineered monsters and their own cannibalistic urges. For the price of an Amazon Prime membership (see what they did there?), you and your friends can watch as the heroes hack, slash, and gnaw through all thirteen episodes. 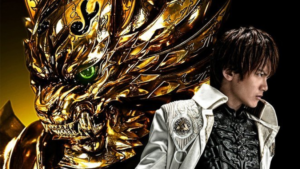 If the spandex and aliens of Power Rangers don’t do it for them, how about golden wolf armor and black-blooded demons? Garo takes you to the world of Makai Knights as they protect the public from vicious Horrors. With an taste for flashy choreography, intricate design, and moody world-building, Garo is sure to please the darkhearted in your entourage. 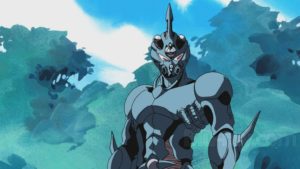 If your friends can’t liven up to Power Rangers’ wicked practical effects, have them check out this animated alternative. In Guyver, a high school student activates an alien bio-booster armor and ends up on the run from an army of muscle-headed mutants. Taglined as “The New Face of Ultra-Violence,” Guyver is a bloody, bone-crunching story that your friends can sink their teeth into in manga, anime, and movie form. 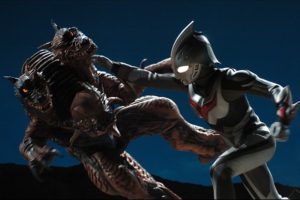 You can’t have Power Rangers without Zords. Likewise, you can’t have an episode of  Ultraman without a kaiju throwdown. The 2004 installment, Ultraman Nexus, takes a gritty, Men In Black inspired look at the franchise as a secret government force hides the existence of Space Beasts and struggles to decide if Ultraman is a hero or just another threat. With a slow-burn approach to character development (and the full series available on Crunchyroll), this one can keep you and your friends binging from start to finish. That is, unless you’d rather take a more direct approach with… 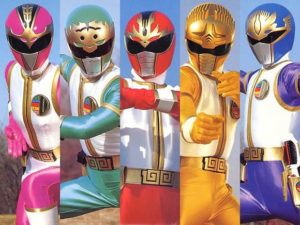 Who says dark and gritty can’t come in five bright colors? An example of the original Japanese Power Rangers, Dairanger follows a team of martial artists unleashing ancient techniques and badass mechs against a tribe of wicked world-dominators. Filled with hot-blooded fights and shocking story swerves, Dairanger brings out the best that Super Sentai has to offer. Plus, it was never directly adapted into Power Rangers in the USA. This way, your friends won’t be spoiled when they inevitably ask you for more spandex heroes.

Do you have a favorite sentai-style series? Do you prefer live action or animated? Is there an amazing one we missed? Tell Nerdbot about it in the comments and get the conversation going!