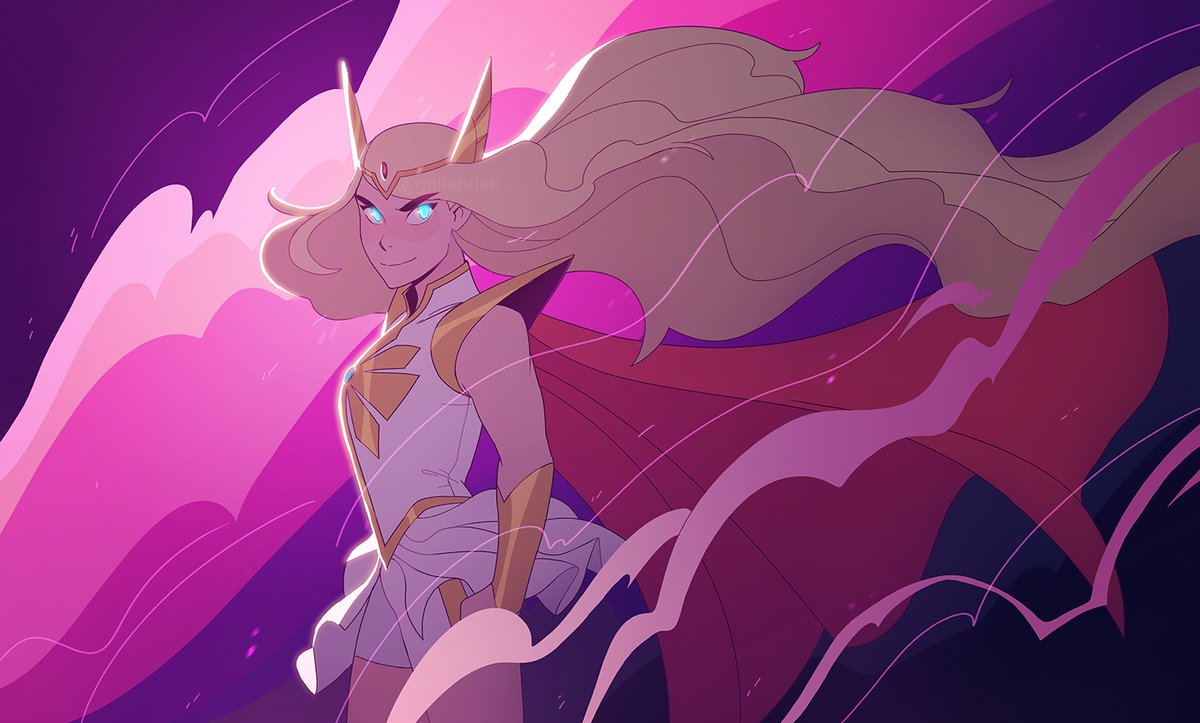 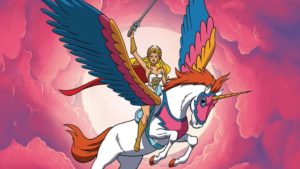 The new version of She-Ra, upon the sneak peek reveals, looks quite different from the ’80s series many people grew up with. Good thing, bad thing, who knows at this point. But I will say this- aesthetically, the new She-Ra does look like a warrior lady.

Young girls and women undoubtedly continue to need representation of strong, amazing women. Whether its because we all have the capacity to be our own warrior or the 80s is apologizing for their pandering attempt at a “girl’s hero”, there’s definitely a draw to She-Ra that makes her an excellent candidate for a revival. 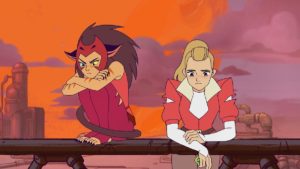 Here at Nerdbot, we’ve already talked about what happens when cartoons come back as garbage, and most certainly pointed our fingers at the He-Man cartoons (both of them) that returned with a serious edge. Gauging by the Voltron reboot by Dreamworks (which is popular with viewers), She-Ra will likely take on a similar flavor. The show is lead by Noelle Stevenson, an animation industry up-and-coming name.

One advantage that She-Ra has in terms of reboots is that it is not as worshiped among fans as her brotherly counterpart He-Man. She-Ra had the Rainbow Brite horse going for her as well, which was required of girls in the 80s. Must have horse. Her costume was cool as hell. But she had that honor. Let’s bring her back with the POWER!

According to Deadline, She-Ra is voiced by Aimee Carrero (Elena of Avalor), Glimmer voiced by Karen Fukuhara (Suicide Squad), Bow voiced by Marcus Scribner (black-ish), and Catra voiced by AJ Michalka (The Goldbergs). The series also includes the voice talents of Lorraine Toussaint, Lauren Ash, and recent Emmy nominee Sandra Oh. The photos also give us the first look at Bright Moon Castle, the capital of Etheria and home-base to the Rebellion.

So, how many reboots are we up to now? Thunder Cats/She-Ra/Rugrats/who else?! What do you think of this? Do you have nostalgia fatigue? Or should we keep the flame burning? Tell Nerdbot about it in the comments and get the conversation going!

The Star Wars Symphony and How to Make Fandom Non-Toxic