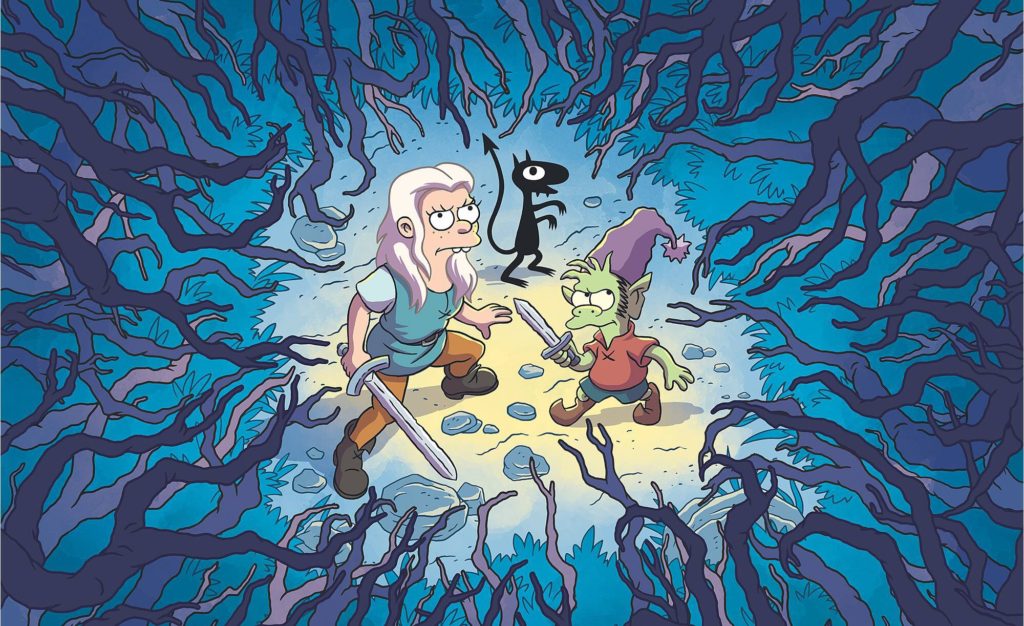 Matt Groening, creator of Life in Hell, is a familiar name to indie comics fans and… Oh, yeah. He created The Simpsons and Futurama. Roughly 20 years after the premier of Futurama, he’s returning to animation with Netflix and fantasy cartoon series Disenchantment. 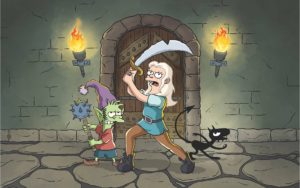 Disenchanment premiers as a Netflix original on August 17. It will feature the voice talents of greats like Tress Macneille (The Simpsons, Animainiacs) and Billy West (Ren & Stimpy, Futurama). The plot features a princess, a demon, an elf, and their weird fantasy adventures. Think Futurama meets Game of Thrones, plus zaniness. Also, rapper Briggs is involved.

Are you excited for Disenchanment? Let Nerdbot know in the comments!