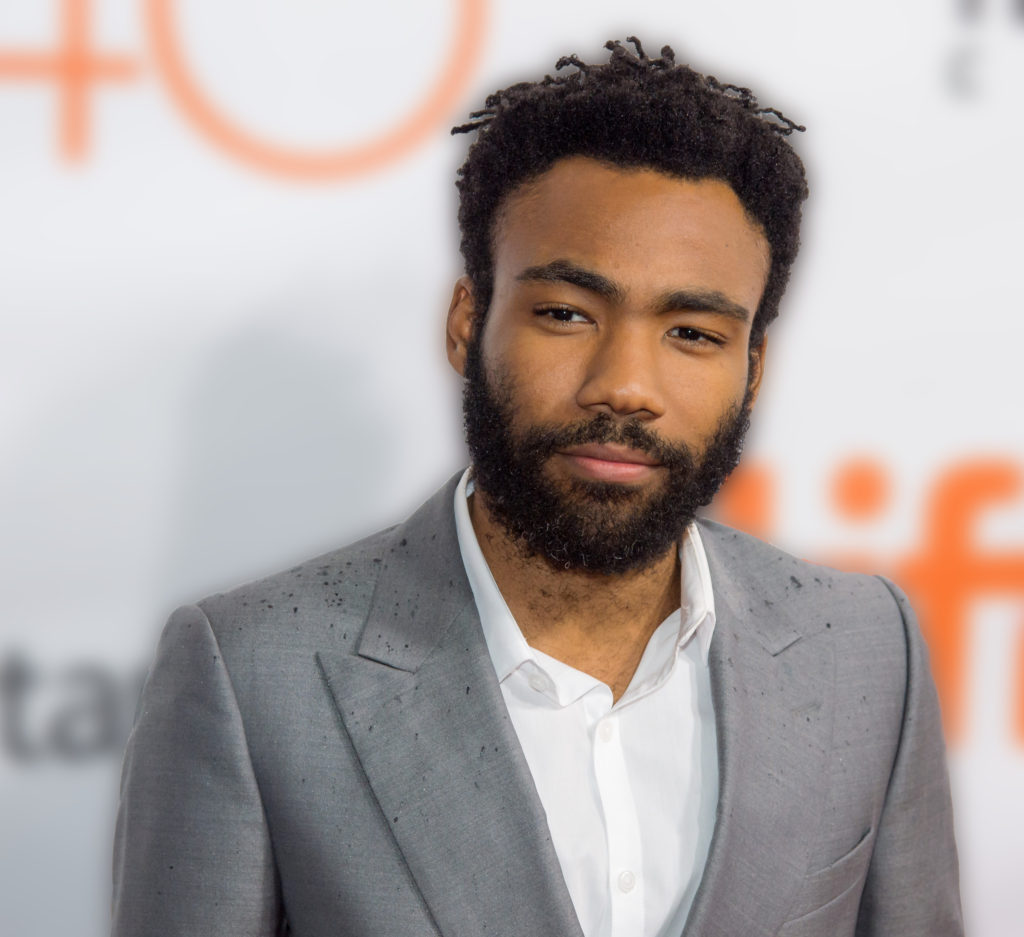 Actor Donald Glover attends the world premiere for "The Martian” on day two of the Toronto International Film Festival at the Roy Thomson Hall, Friday, Sept. 11, 2015 in Toronto. NASA scientists and engineers served as technical consultants on the film. The movie portrays a realistic view of the climate and topography of Mars, based on NASA data, and some of the challenges NASA faces as we prepare for human exploration of the Red Planet in the 2030s. Photo Credit: (NASA/Bill Ingalls)
Nerd Culture

There have been several years where an actor or actress has particularly standout success. Usually a string of well-chosen movies and a reminder that they are almost supernaturally good looking is all it takes to get them on the cover of every magazine in the urgent care waiting room. I told you I found that shrimp scampi on the bus, you shouldn’t have eaten it.  Donald Glover on the other hand, is proving not only is he a pretty face, but a modern renaissance man.

Get ready to feel like a bigger failure than you already do and maybe don’t answer that call from your mom –the man is only 34.  If that sounds old to you then go and play with your tinker tots Sky Ivy Batman, and talk to me when you’re thirty and wondering how bad going back to your old job at Arby’’s would really be.  He is 34 and has not only been a writer on 30 Rock, a show that stacked up more Emmy nominations than I have rejection letters (screw you Arby’s, find someone more qualified than me to make curly fries!), but is now helming his own show, Atlanta. Atlanta is highly praised by critics, lauded as one of television’s best shows and I fully intend to watch it when I get the password to my mother-in-law’s Direct-TV account.

Glover’s first highly visible role was Troy on Community. Troy’s character started off originally as a bit of a dumb jock, a little too cool for the rest of the study group, but Glover’s warm, adolescent naiveté eased the character into one of the funniest and most endearing of the ensemble. The chemistry between Troy and Abed was infectious and sometimes heartbreaking. One of my favorite episodes was the pillow/blanket fort war that tears apart Greendale Community College. Also, if you can watch their heartrending duet of the An American Tale classic “Somewhere, Out There” without crying you’re a heartless monster made of stone.

Honestly, I sort of fell off the show once Glover left. It felt like there was a big, Troy shaped hole in my heart. Like the time my cat went out for cigarettes and never came back, I couldn’t understand why he left.

The pop success of the lounge-funk single “Redbone” brought his alter ego Childish Gambino to the masses. Sure, your snooty audio-phile friend has been listening to Childish Gambino since before anyone had even heard of him.  Shut up, Todd.  It brought increasing attention to his previous musical work, including the single “3005”. The delightfully absurd video, directed by “This is America” director Hiro Murai, features a long take of Gambino deadpanning to the camera while riding a Ferris wheel with an oversized teddy bear. When it was announced he would be playing Simba in live action version of The Lion King –okay stop. How is it a live action version of The Lion King? I get the “live” version of The Jungle Book, which was 98% CG, but there was a live kid actor in it. There are no people in The Lion King! If it’s all CG, it’s just another animated film! Are they going to do it Milo and Otis style and use real lions with voice-overs? Because that was cheesy in 1991. Is Donald Glover going to dress up like a lion? I did that for Halloween when I was six, no one paid me millions of dollars.  Unless they did and my mother spent it all on coffee and dog costumes. That sounds like something she would do.

Unless you’ve been crouched in your cellar waiting for the impending alien invasion these last few weeks, you’ve probably at least heard of Gambino’s jaw-dropping “This is America” video. I think I can say with confidence that it’s the most powerful, emotionally and visually stunning music video done in years. In an era when pop stars often don’t deign to even show up in videos, leaving it to dancers and entry level directors, the dedicated and layered artistry of “This is America” had major news sources and scholars scurrying to define its complex imagery within hours of its release. Jarring violence is overlapped and intertwined with the infectious choreography of Gambino and a group of school children. A melodic chorus is juxtaposed with a foreboding bass, accompanied by Gambino’s clipped rap. He grins and glares at the camera, demanding your attention while pandemonium unfolds behind him. If you haven’t seen the video I don’t want to spoil it, but it undoubtedly warrants an immediate second viewing.

The video was done with Hiro Murai, a frequent collaborator of Glover’s and the director of several Atlanta episodes and choreographer, Sherrie Silver, and credit should be given there as well. Glover however, a musician, writer, actor and stand-up comedian delivers a performance that is sensual and perverse, clownish and dangerous, sympathetic and cold-blooded. It is an artistic collaboration, not just a cool looking music video. It’s like watching the full run of Requiem for a Dream condensed into four minutes.

On the heels of this, with album sales skyrocketing, comes the premiere of Solo.  For my cellar dwelling friends, Solo is the origin story of Han Solo, a character from those Star Fight movies your nephew keeps going on about rather than finding a real job. Glover plays Lando Calrissan, not to be confused with Mando Calrissan, my character’s name in Diablo III. And no mom, I have not found a job yet! Early reviewers are praising his performance, saying that he fits snugly into Lando’s cape, to the effect that before the weekend box office numbers had even come in it was teased that a Lando series is in the works, with Glover set to star.

Is this the year of the Great Gambino? Very likely, he’s certainly seems to have earned it. My goal this year was to get an oil change and my car broke down on the way there. No, I’m lying. My car broke down on the way to Trader Joe’s, which I went to in lieu of getting an oil change. Unlike me, perhaps Donald Glover is a reminder to all of us millennials that creative success is a reality, childhood dreams can be attained, you can use your artistry and public goodwill to shed light on the problems in our society, and perhaps, if you’re lucky, get paid a lot of money to pretend to be a lion.

I joke, because my family’s motto is “Joke or get hit by a car for money”.  In a time where pop music is more vacuous than ever, Casio keyboard beats with lyrics written by old men, music videos are dead, with cable TV gasping for breath and the baby boomers having ruined basic life,  I think Donald Glover is here to –fuck, give us a shot in the head.

Ladies and Gentlemen, This is America.