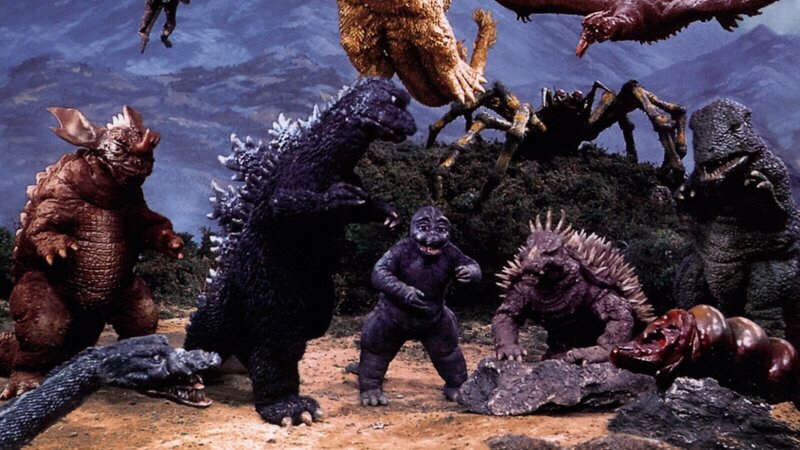 New Godzilla Universe On The Way

Now I know what you are thinking… isn’t there a Godzilla universe thing already happening?

Yes, you’re 100% correct. Believe me, even the Kaiju monster genre is trying to capitalize on the current cinematic trend of the shared universe. Warner Brothers and Legendary Pictures began their vision in 2014 with the release of Godzilla then followed up with Kong: Skull Island three years later. The obvious end game here is to get the two most recognizable city destroyers in history on screen together for the showdown of the century. And that will happen, but not until 2020. There’s a Godzilla sequel coming in 2019 that is basically an appetizer before we get to the highly anticipated main course.

If you didn’t know, Godzilla was created by a Japanese film production/distribution company named Toho. They’re responsible for pretty much any Godzilla related content since the character smashed his first building back in 1954. A partnership between Toho and Warner Brothers is how we are able to get this “MUTO-verse” (massive unidentified terrestrial organism, it’s what the studio calls a Kaiju). Their deal is set to expire in 2021 which would then return the rights, in full, back to Toho. From there, they are free to do whatever they like. On May 21rst ComingSoon.net reported that Toho will create their own Godzilla universe! Keiji Ota spoke with Nikkei Style via Bloody Disgusting about the future of my second favorite Kaiju:

“After 2021, we’re thinking of a potential strategy that [releases] Godzilla movies uninterrupted at a rate of every 2 years, although there is a preference for a yearly pace as well. The future of the series and its forwarding developments are very conscious of the method of “shared universe”. Godzilla, Mothra, King Ghidorah, etc. could all share a single world view much like a Marvel movie where Iron Man and the Hulk can crossover with each other.”

Personally I’ve loved Godzilla movies ever since I was a kid. I endorse any opportunity to distance this piece of Intellectual Property from Roland Emmerich because the last thing we need is another Godzilla 1998.

What would you like to see in the new Godzilla-verse? Let Nerdbot know in the comments!!

2018 Is The Year For Marvel Villains (Spoilers)