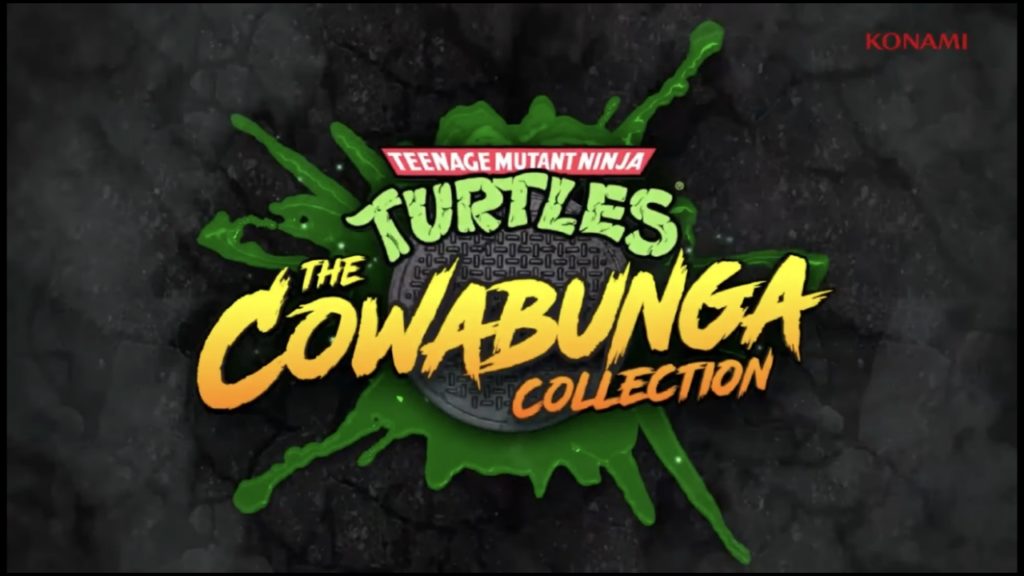 It is finally here! Pure nostalgia! For years fans have been asking for Konami to re-release some of its back catalogue and make the move to newer consoles or to have a means of purchasing the classic hits of the past. Konami finally took the initiative and brought us numerous collections of their licensed properties. It began with the Arcade Classics and then moved on to Castlevania and Contra. From out of nowhere they decided to get with TMNT owner Nickelodeon and also release the Teenage Mutant Ninja Turtle catalogue and it is glorious!

For the price of $39.99, you get 13 games plus some extras inside of the box. We’re going to cover each game and talk about those radical features in this review. Lets start with the first video game that came out on the original Nintendo back in 1989, simply titled Teenage Mutant Ninja Turtles. With the brutal difficulty and weird mechanics of the video game, it felt impossible to beat this particular action platformer back in the day. Most people could not make it past the second level known as the “damn level”. Where the turtles have to diffuse a set amount of underwater bombs within a constrictive time limit. It took me about two tries to conquer this level and while I didn’t use any of the special features this specific game includes, I did realize it could help carry the weight of the difficulty for fans. Which means that now it is possible for anyone with patience to beat this crushingly hard game. As Konami implemented features for this title, which are the save anywhere feature (save states) and the ability to rewind time for about nine seconds in total. So if you make a mistake or want to restart a level, it is possible to do so. I think my run time without using the helpful incentives was about four and a half hours. If I used the features it probably would have been cut in half that time to beat the NES TMNT game. So, please be aware of these reasons to go back to this title as I think it is a misunderstood game and I found myself considering this one to be the best of the whole catalogue.

The next ones are the TMNT arcade like games and the many ports of them. There was the one you could play in an arcade, the NES downgrade and the Sega version. These are simple beat-em ups that have your turtle mostly fighting from left to right until a boss battle occurs. The nostalgia for these is high as the sights of those old sprites moving around brought joy to the child within me. It was not only the beautiful animation but the music of those soundtracks. They each have varying degrees of quality as the sound cards/chips to each console could put out different layers of sound and tunes. Each one is still perfection to listen to as they were made by talented composers. I found myself rocking out to the songs while kicking bad guy butt. Probably most notably for music is the Super Nintendo version of Turtles in Time. The brilliance of the way that music was used is still the best out of the bunch. I’d skip the arcade version of Time and go right to the SNES port. The best part about them are the features for people who don’t have all the time in the world to play the games and just want to sprint through them. The arcade versions of each game have the ability to let players select a level they want to start on, god mode, button dash, removing penalties for bombs, nightmare mode, turbo mode, extra lives and turning friendly fire on or off. I’m actually a little astonished by some of these extras because you can tell Konami put some semblance of thought into the best possible way gamer’s might want to experience these titles.

Now while I might not be that interested in the fighting games that came with the package, I am happy for those that might be. You know they went all out on these when they included the Sega version of Tournament Fighters. It is by far the worst title on this collection as it is a cheaply made game where it feels like you’d gotten stuck in ooze and forgot everything about being a ninja in the first five seconds of fighting. Its funny that its even on there, but thats where I will argue Konami gave you everything they possibly could here. The fighting in the SNES port is much better, so stick with that one. I don’t think Turtles has ever meshed well in a flat fighting experience, but thats just me. You really can’t go wrong by these subpar episodes.

The last and most adorable ports onto the collection were the Gameboy games. I blew through the first two in about an hour for each experience. I had never played them before, but found myself charmed by how much effort was put into the very limited memory of the Gamboy. As simplistic as they are at times of just moving right and slashing anything in front or behind you, the creators did try to include story beats between levels and use the right settings for each boss battle. Some of the difficulty can be found on later levels, but I didn’t care. You still have the save states and rewind feature here, which I finally did use in an effort to see how it would feel playing a game that way. I think its a successful idea especially with the Gameboy titles as sometimes the cheap hits are less rage inducing. In either case, I was flabbergasted by the quality of them and felt every person who buys this collection would only be missing out on fun Turtle experiences if they skipped them.

Of course there is also network play in local or online with the titles that had multiplayer back in the day, so you can expect that if gaming with friends or strangers on the internet is your forte’. The menu to select between each game also lets you take a peek at some extras. You can see the covers to most of the TMNT comic books, screenshots of each animated show through the years, behind the scenes art and inclusions to every game, music, strategy guides, box art, ad and catalogues, and finally the manuals that came in the original boxes for each title. What more could you ask for? It has got everything in there. Personally I am overjoyed with the nostalgia hitting all the right notes. Generations new and old will finally have a chance to pick up these classics and live or relive the excellent history of the Teenage Mutant Ninja Turtle franchise in gaming.

We love covering the Turtles and everything TMNT here at Nerdbot.