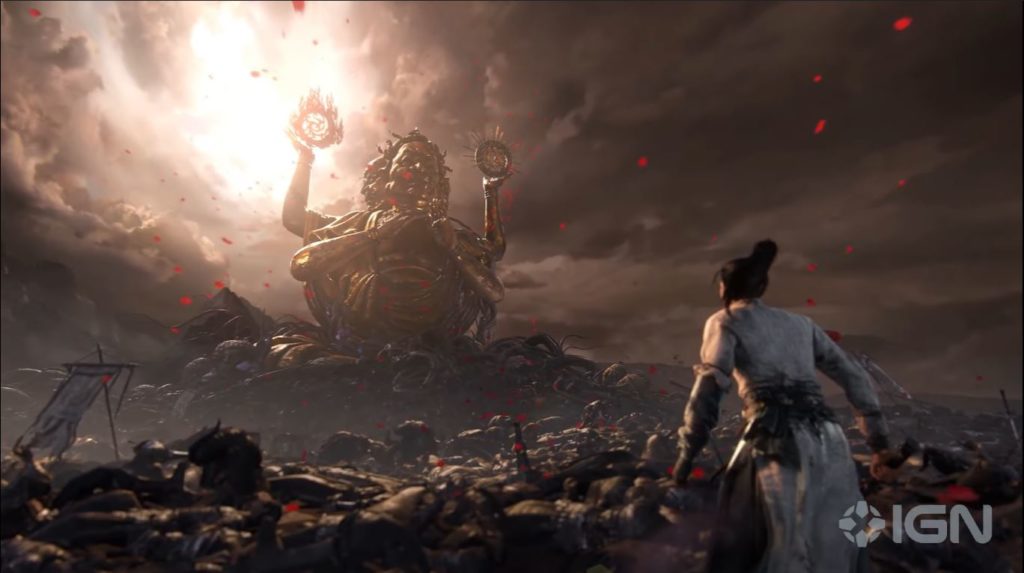 Gamescom 2022 was in full swing, releasing delicious morsels of gameplay and trailers for upcoming titles. From the announcement of “Killer Clowns from Outer Space,” to combatting the grotesqueries of “The Callisto Protocol,” these tidbits are whetting gamer appetites.

But one trailer caught our eye with intrigue and gorgeous visuals: “Where Winds Meet.” Set in tenth century China (The Ten Kingdoms period), you will guide a swordsman on an epic journey through Chinese folklore, ripe with magic and mystery. If this is what the trailer offers, we can’t wait to see more.

The game look visually stunning and draws heavily on the wuxia genre. A style of Chinese fantasy where heroes are capable of the incredible. For example, our hero can use lightning speed, run on water, and breathe fire. And, comically, manages to piss off a goose with that last ability. And that’s only scraping the surface of the official trailer. “Where Winds Meet” is an impressive open-world adventure told through the lens of a Chinese folktale that looks to take players through gorgeous environments. Not to mention your character looking badass doing it.

The gameplay gives off very familiar vibes, drawing influence from predecessors. Reminiscent of the open-world aesthetic beauty of games like “Ghost of Tsushima” and “Assassin’s Creed.” And the combat encounters feel dangerous and bombastic like “Sekiro” or “God of War.” Despite that, it’s a cultural landscape all its own. Chinese folklore and media can often be eclipsed by Japanese anime and manga. It’s refreshing to see a game that will bring Chinese stories and culture to more mainstream gamers. And if this trailer is anything to go by, we can’t wait to explore it.